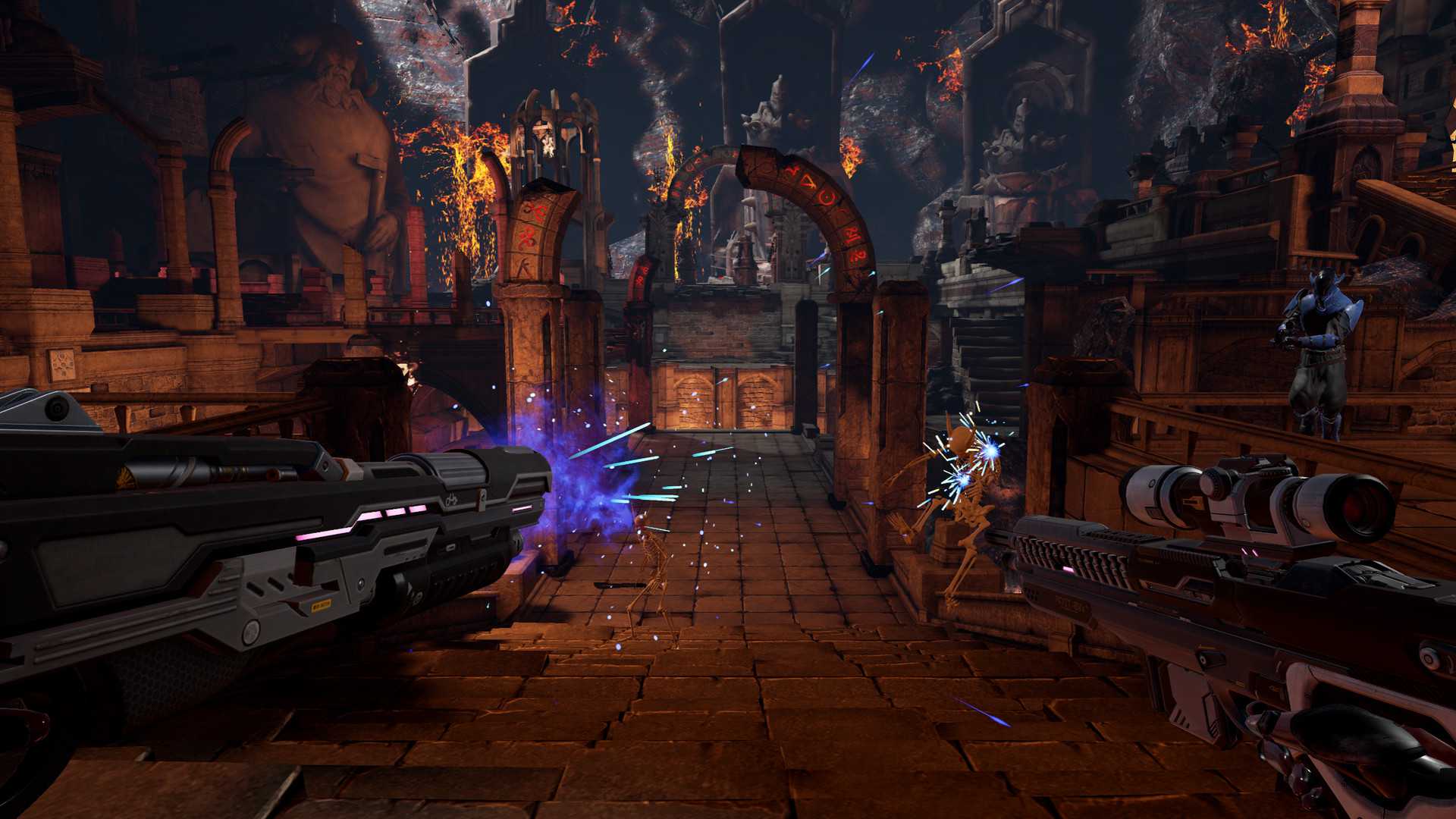 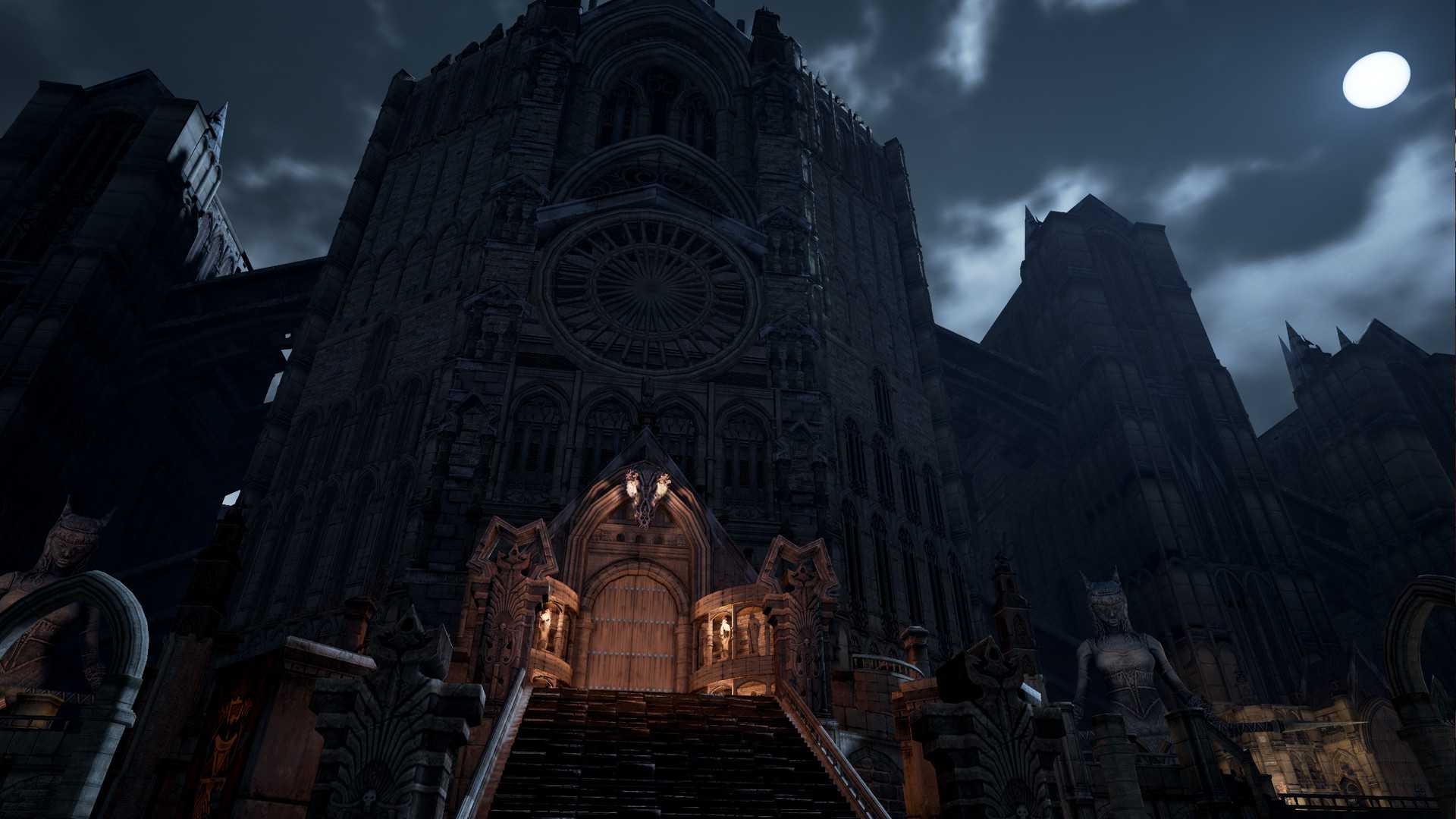 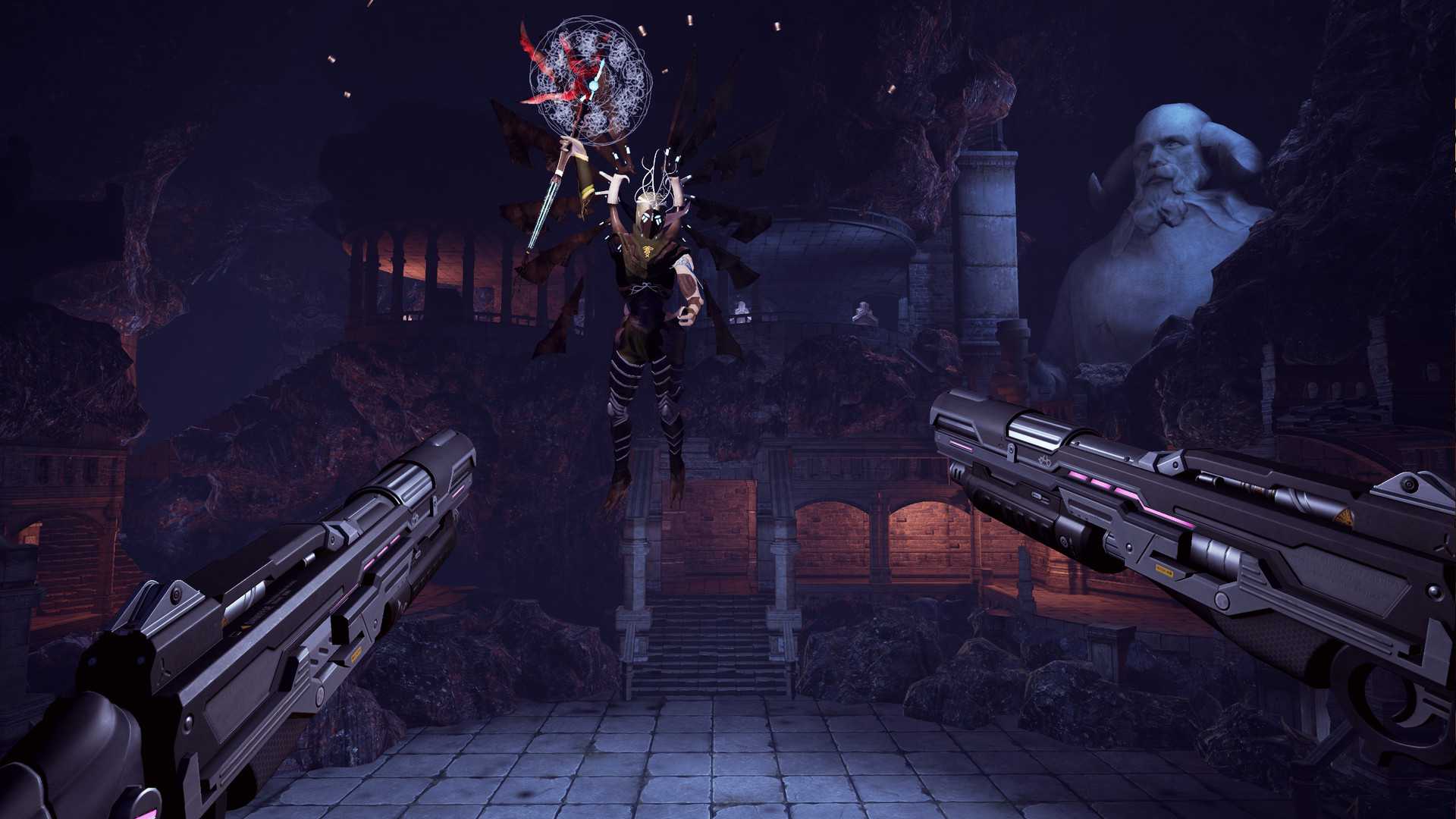 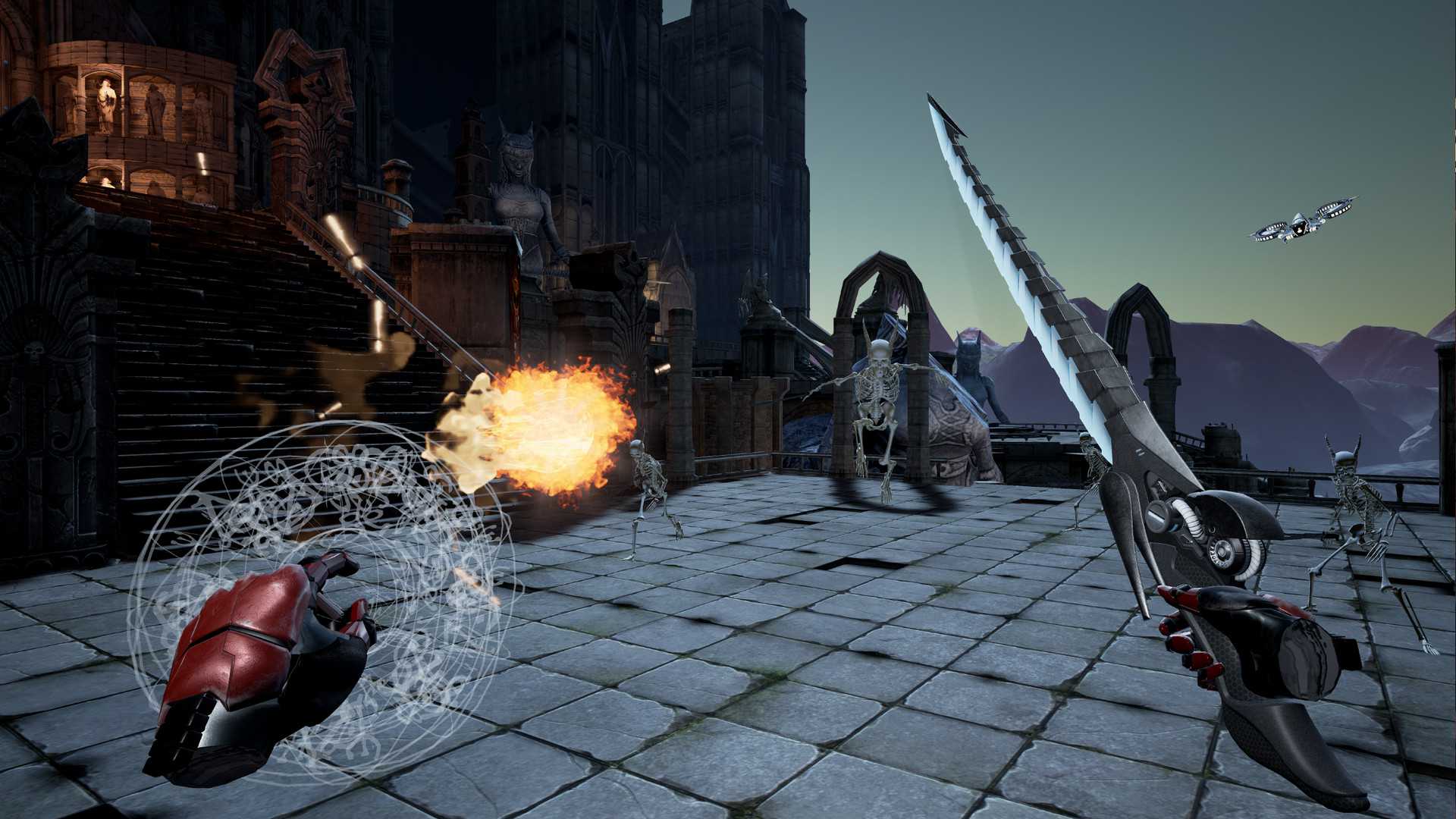 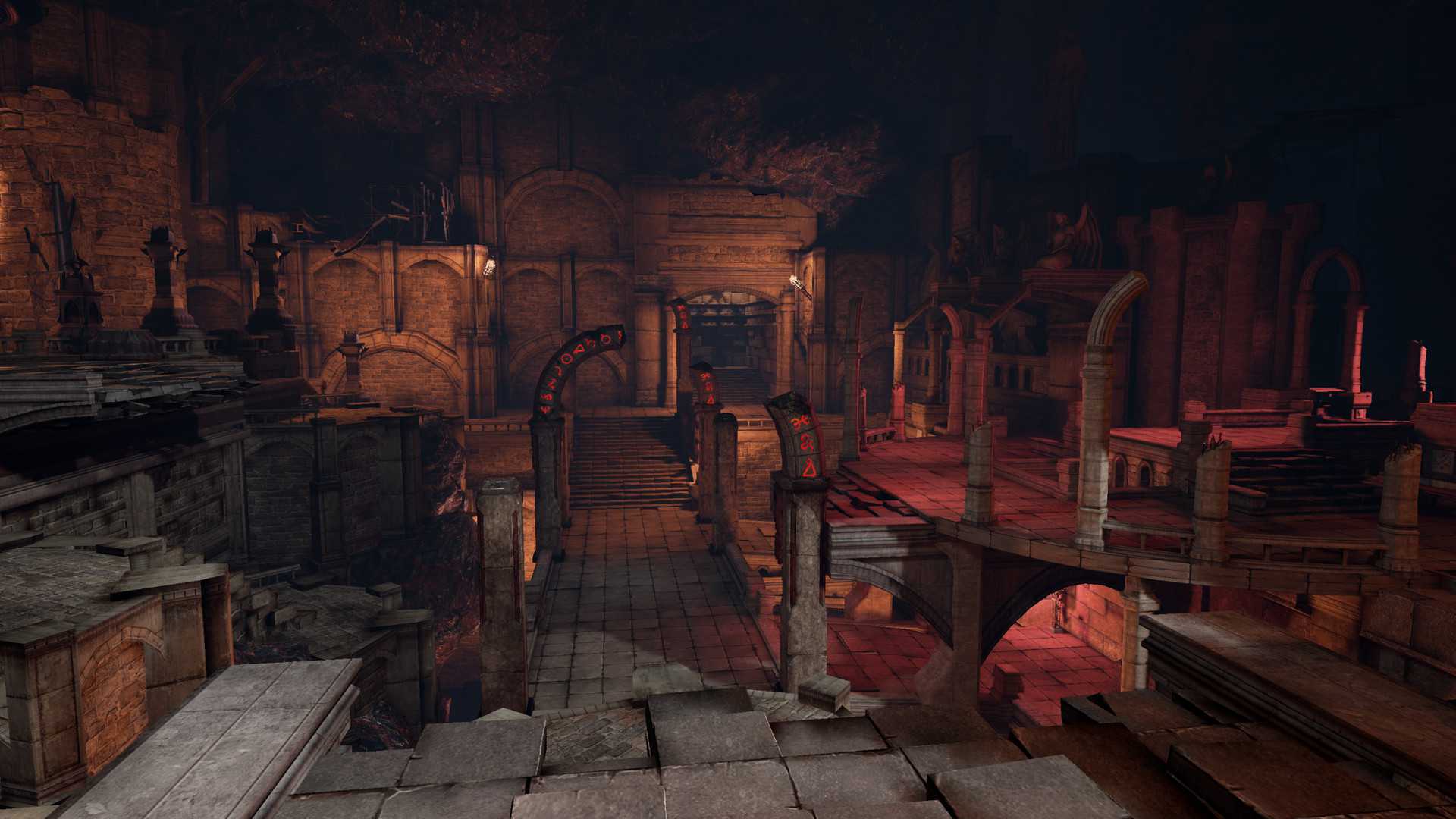 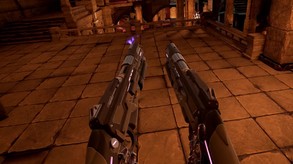 DWVR is a fast paced virtual reality action FPS where you fight waves of enemies using firearms and magic.

It uses motion controls to put you in the shoes of an action hero. Don’t just click a button to shoot, but extend your arm to aim your gun, or throw a fireball as if you were throwing a ball.


Each of the weapons will be different from each other in its use and functionality. Some of the weapons are easier to use than others, allowing for a player that isn't as good to play. They can act as a way to balance the skill of the game, simpler weapons will be enough to win the game, but more complex ones will outperform the simple weapons if the player is skilled enough.


DWVR is composed of 2 game modes:

The game allows for configuration for movement and weapons so you can tweak it to your liking.