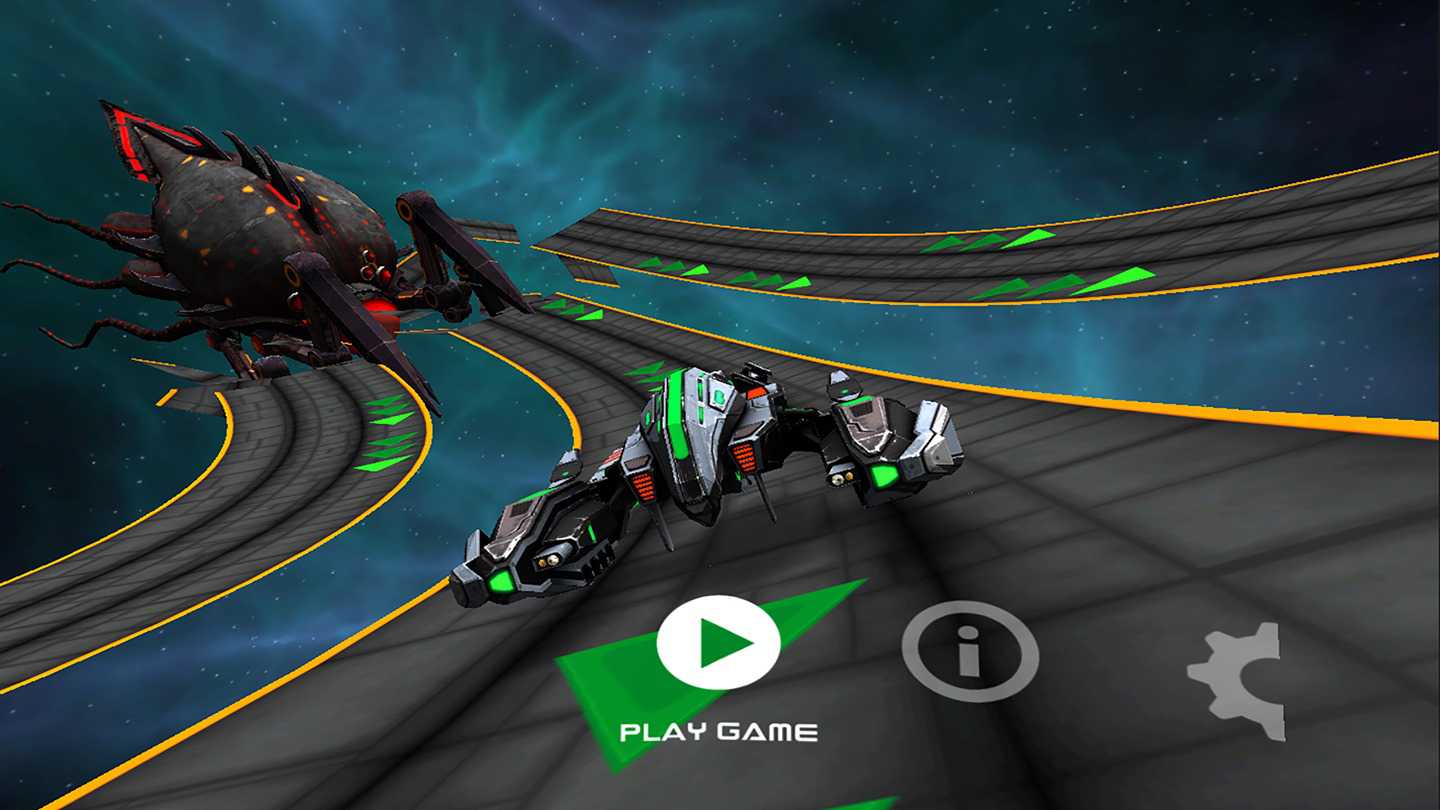 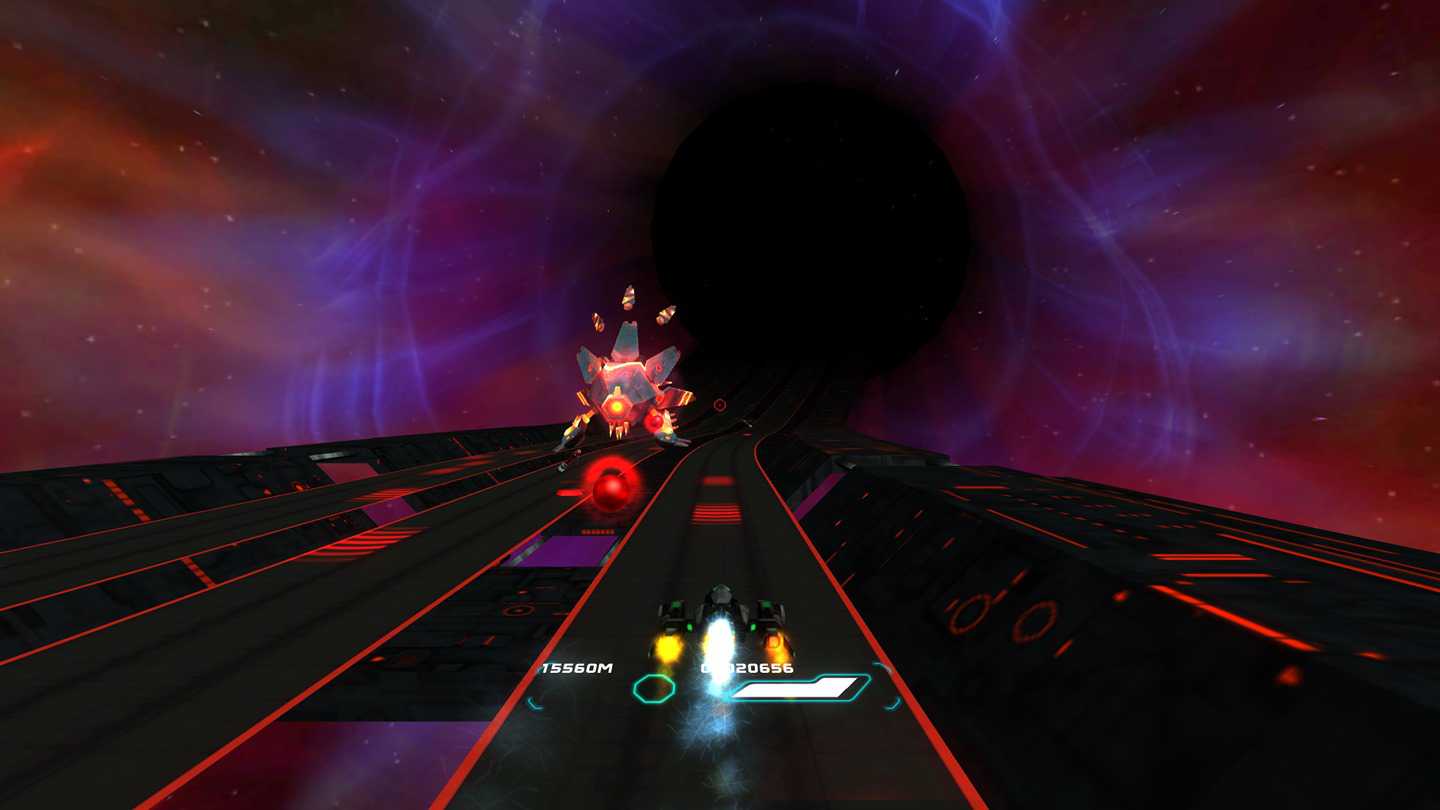 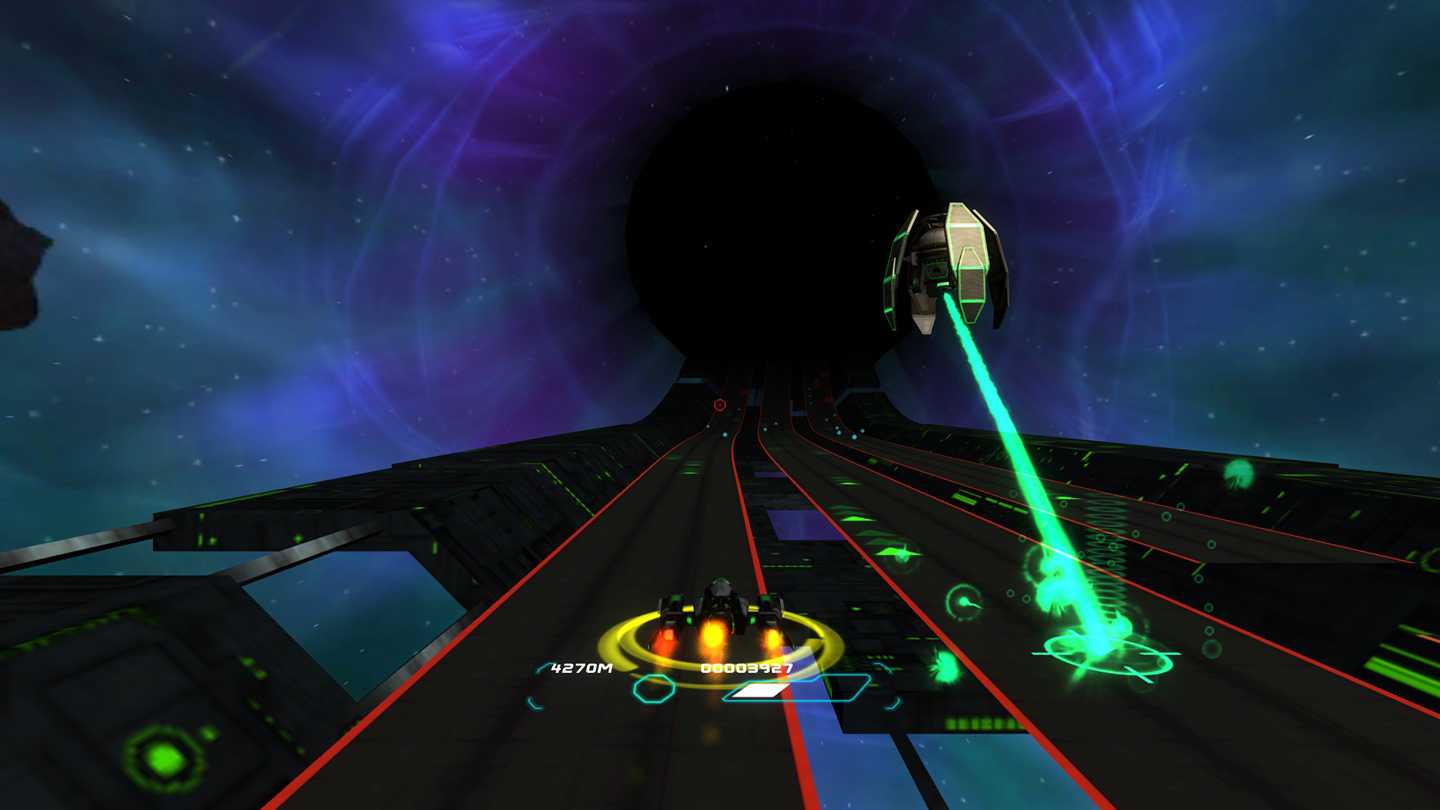 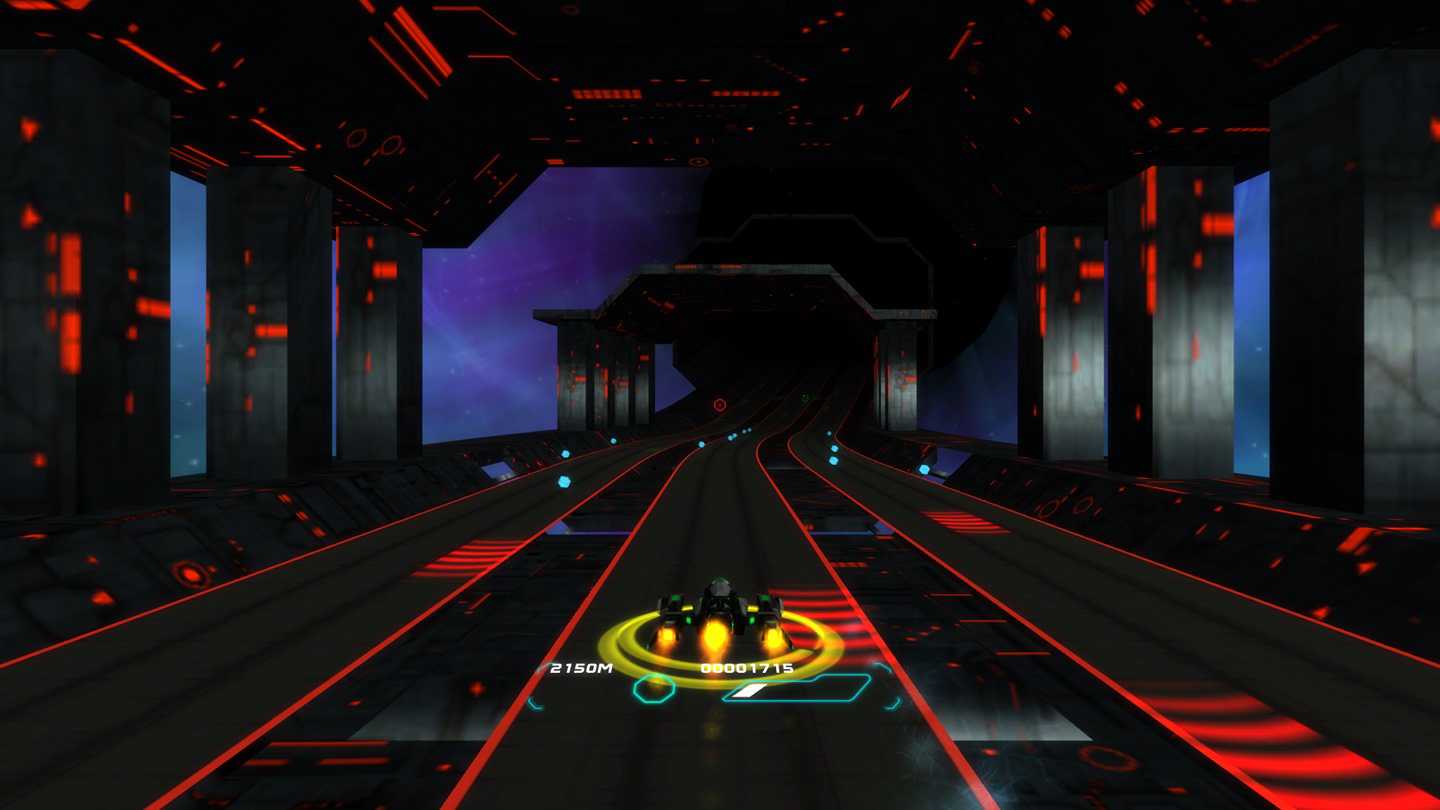 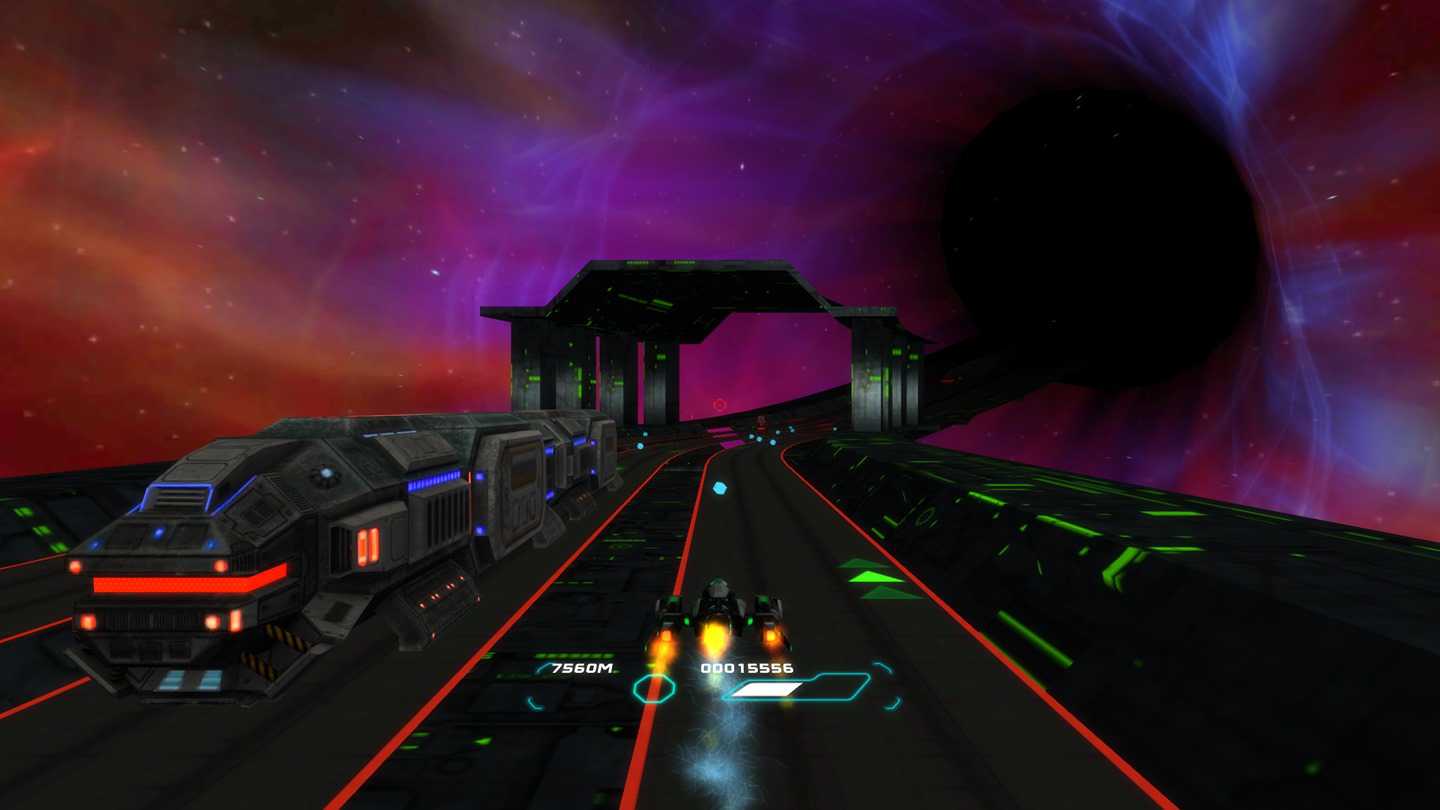 Outrun the mechanical alien squid boss whilst dodging his drone minion army as they blast away your race tracks. Hit too many slow-downs and his laser will burn you to a crisp!

Take advantage of pick-ups including magnet to suck up the surrounding orbs, shield to protect you and bombs to send that beastie back to where he came from!

Collect the orbs to power-up your ship, aim for the speed boosts to gain an advantage and avoid the slowdown areas inching you closer to his clutches!

If you can make it far enough you will come face-to-face with the alien boss, send him to oblivion with your own missile attacks whilst avoiding his deadly arsenal.

With additional ships to unlock based upon your performance, there is reason to have just one more go...