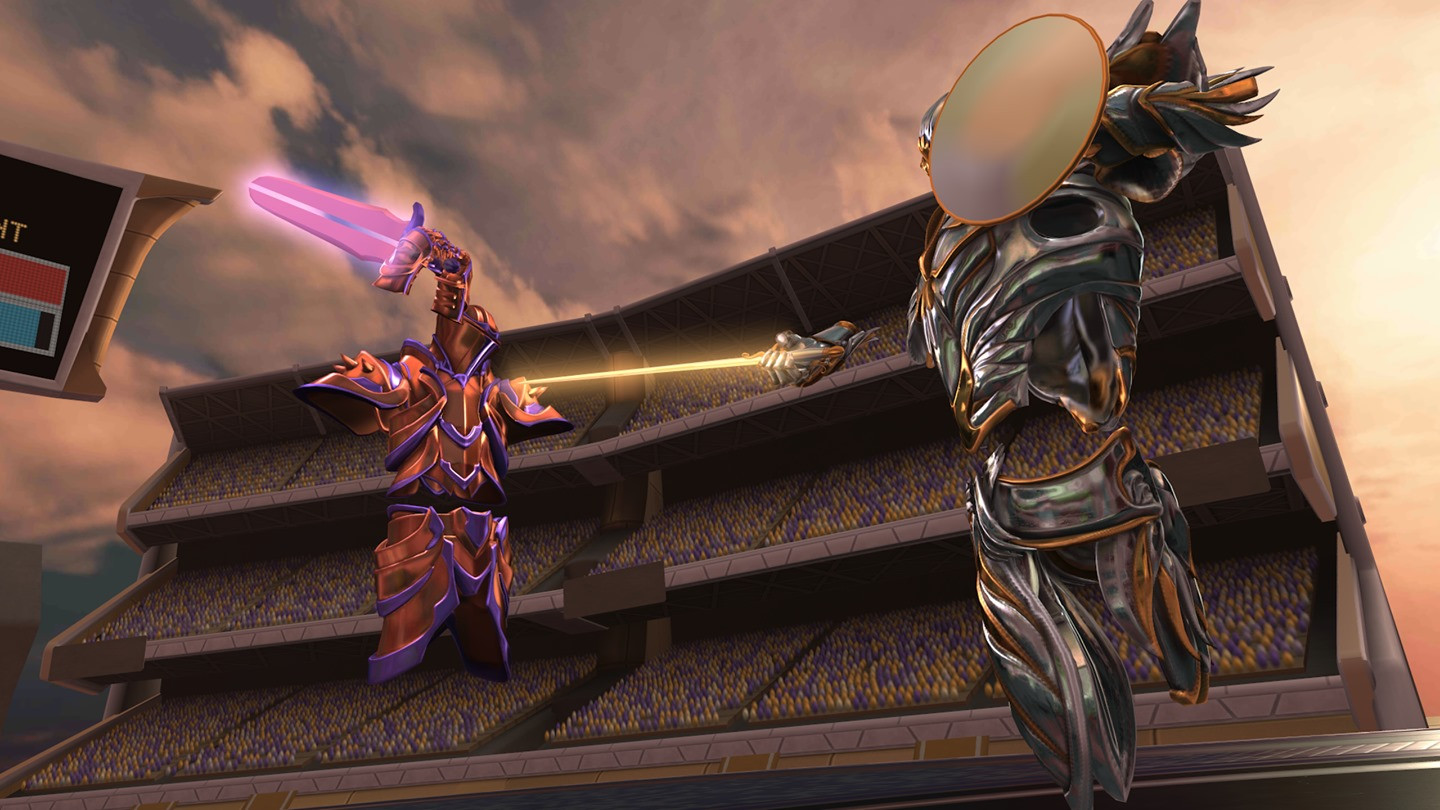 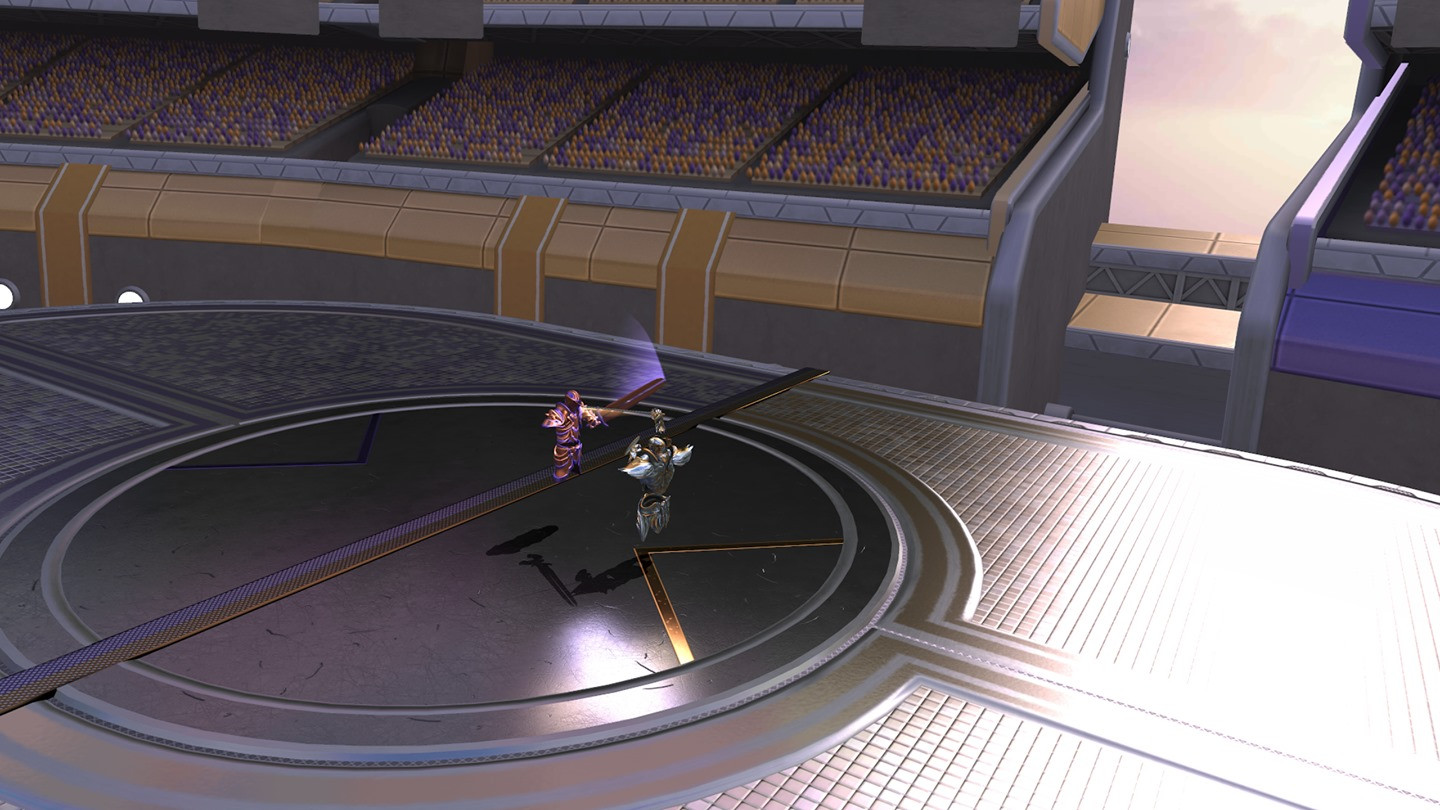 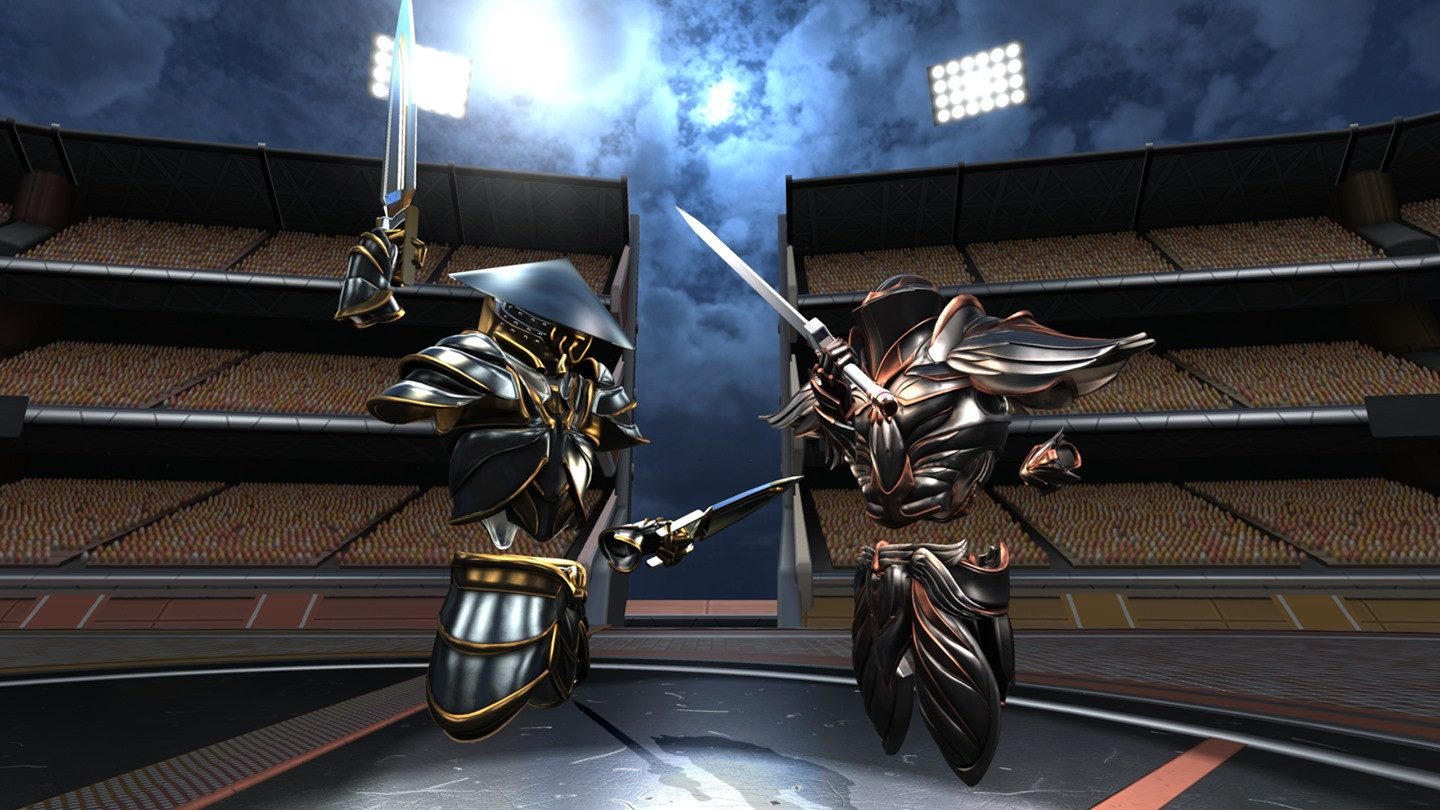 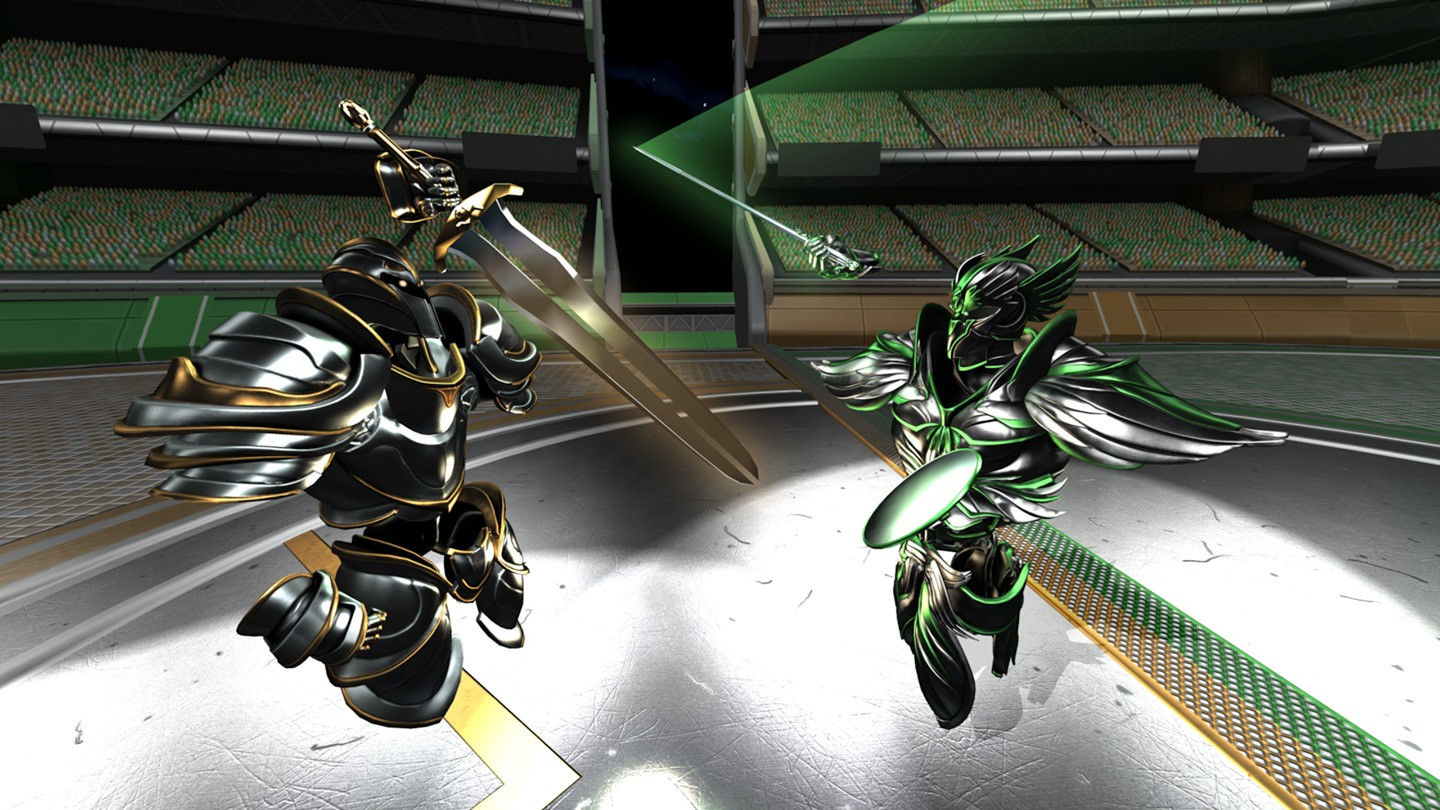 Ironlights is a weapon-based VR dueling game about the clash of steel as you parry and strike, the roar of the crowd when you land the final blow, and the shine of the spotlight as you finally take your place as champion!

The combat in Ironlights is carefully designed to create a dynamic back-and-forth battle. You can’t just hack and slash your way to victory; instead, you’ll need to think one step ahead of your opponent, parrying their attacks and cleverly slipping past their defenses.

Pick a class, and develop your personal fighting style as you master the physics of your weapons, from huge greatswords to nimble rapiers. Fight duels, tournaments, and exhibition matches as you battle for supremacy in the single-player campaign. When you’re ready, test your skill against other players in head-to-head multiplayer matches!