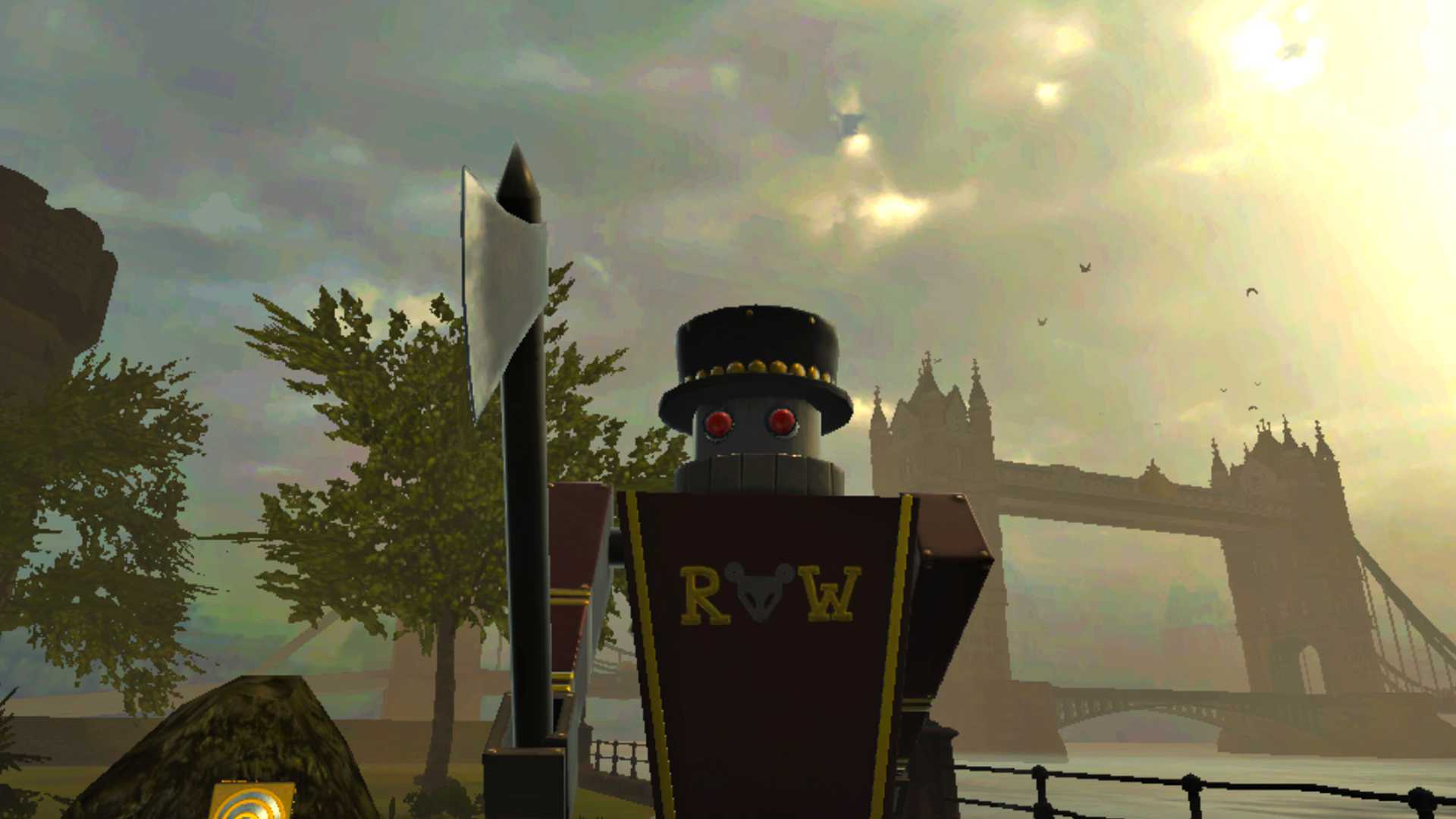 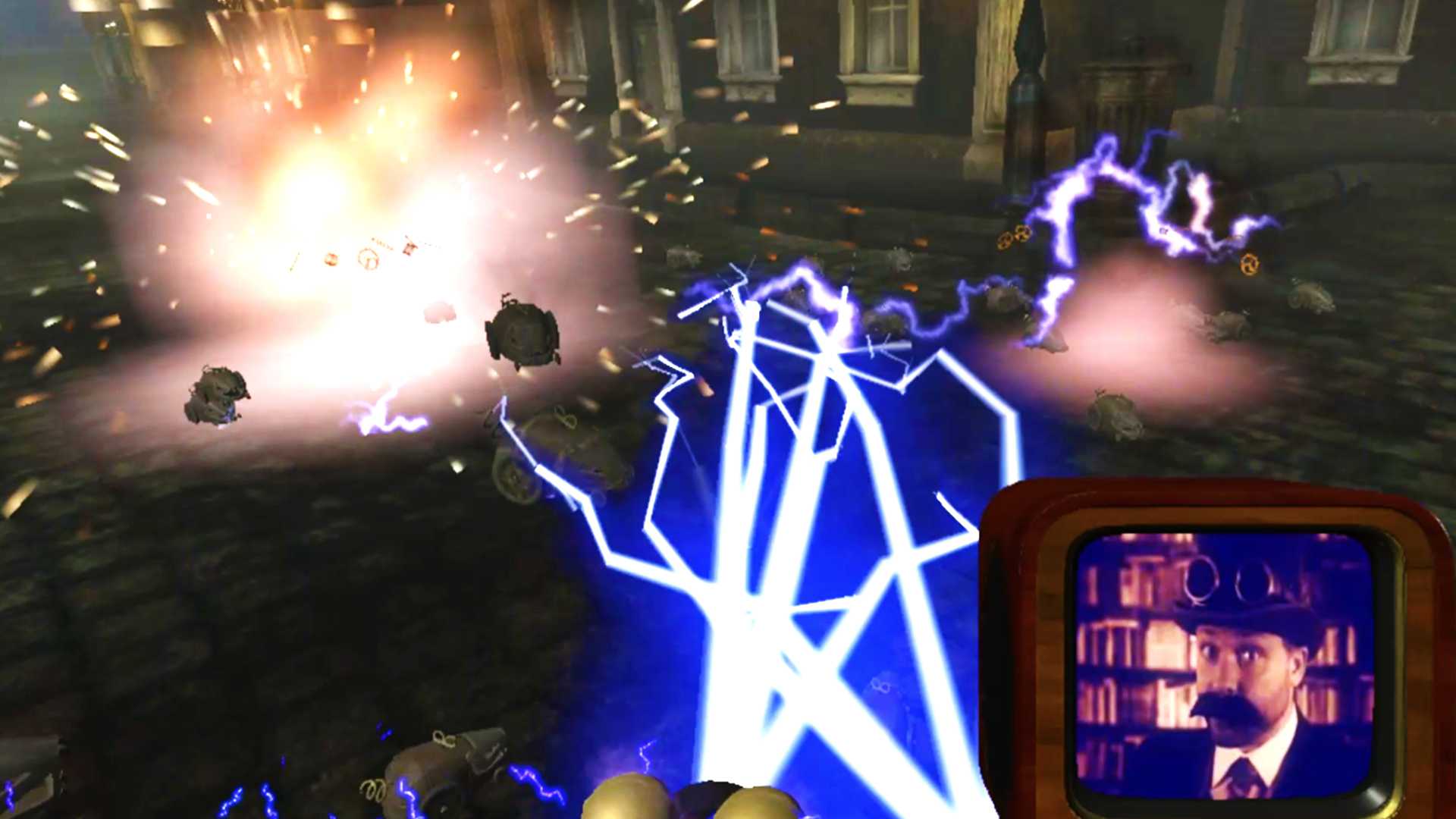 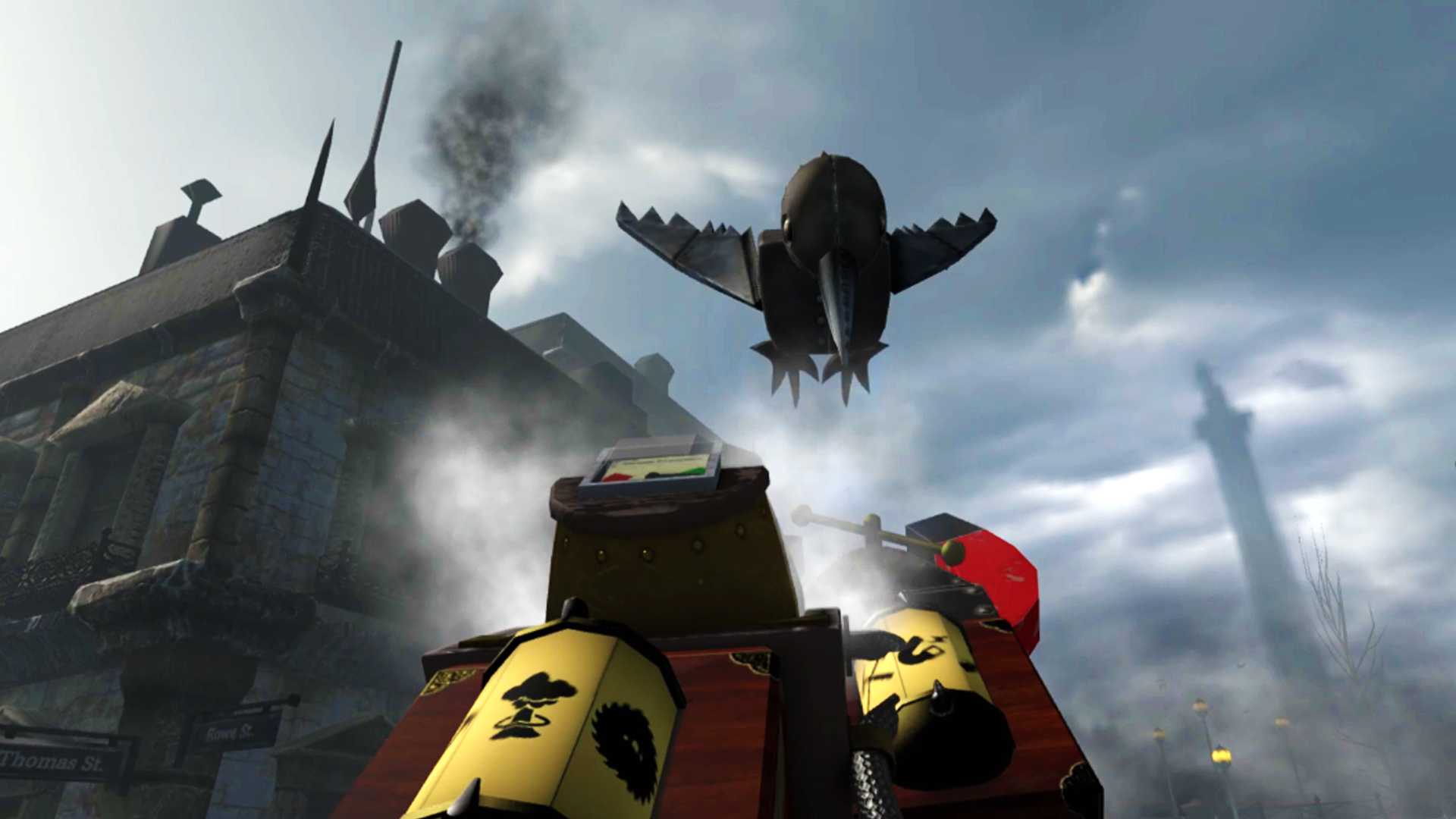 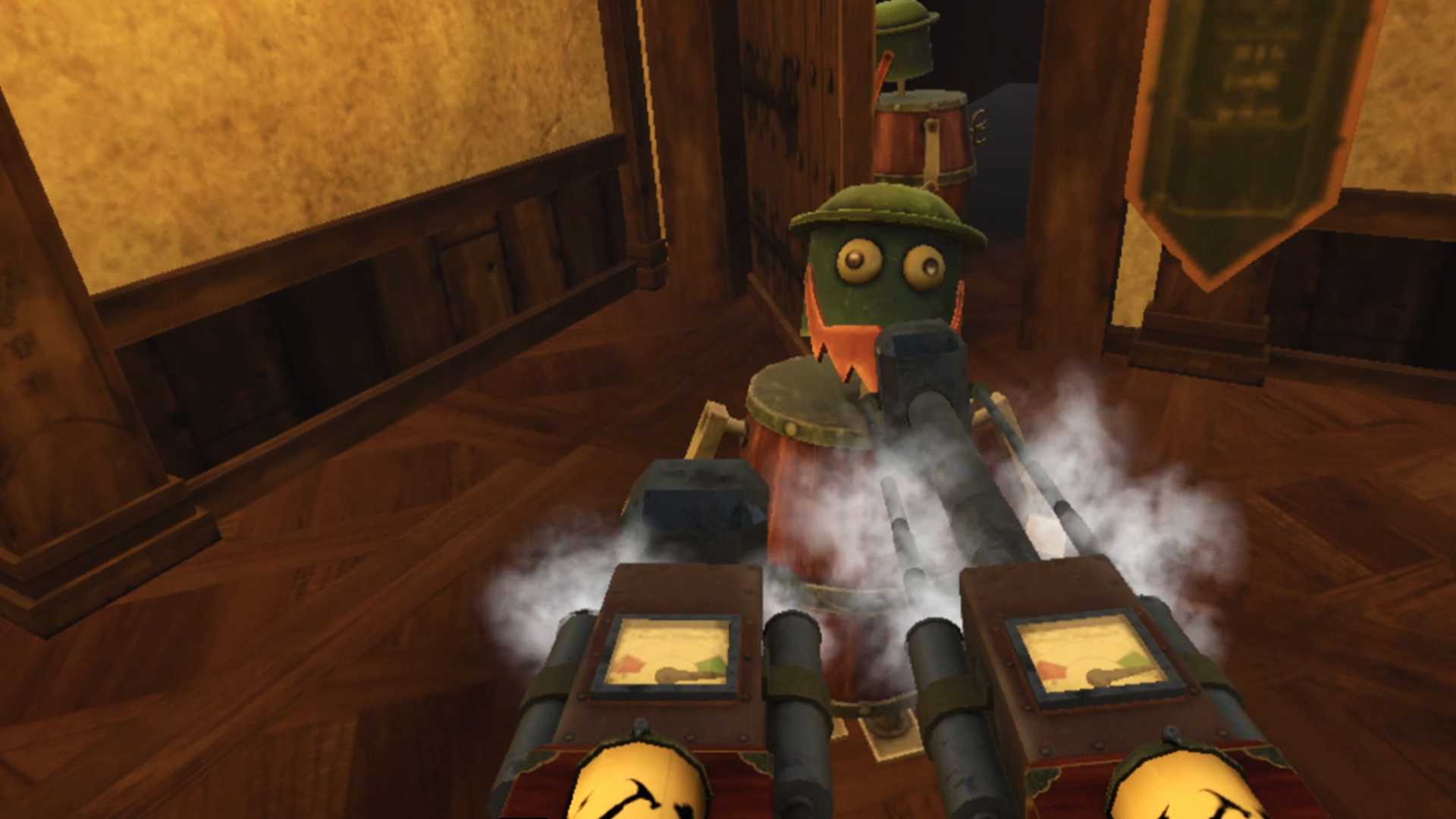 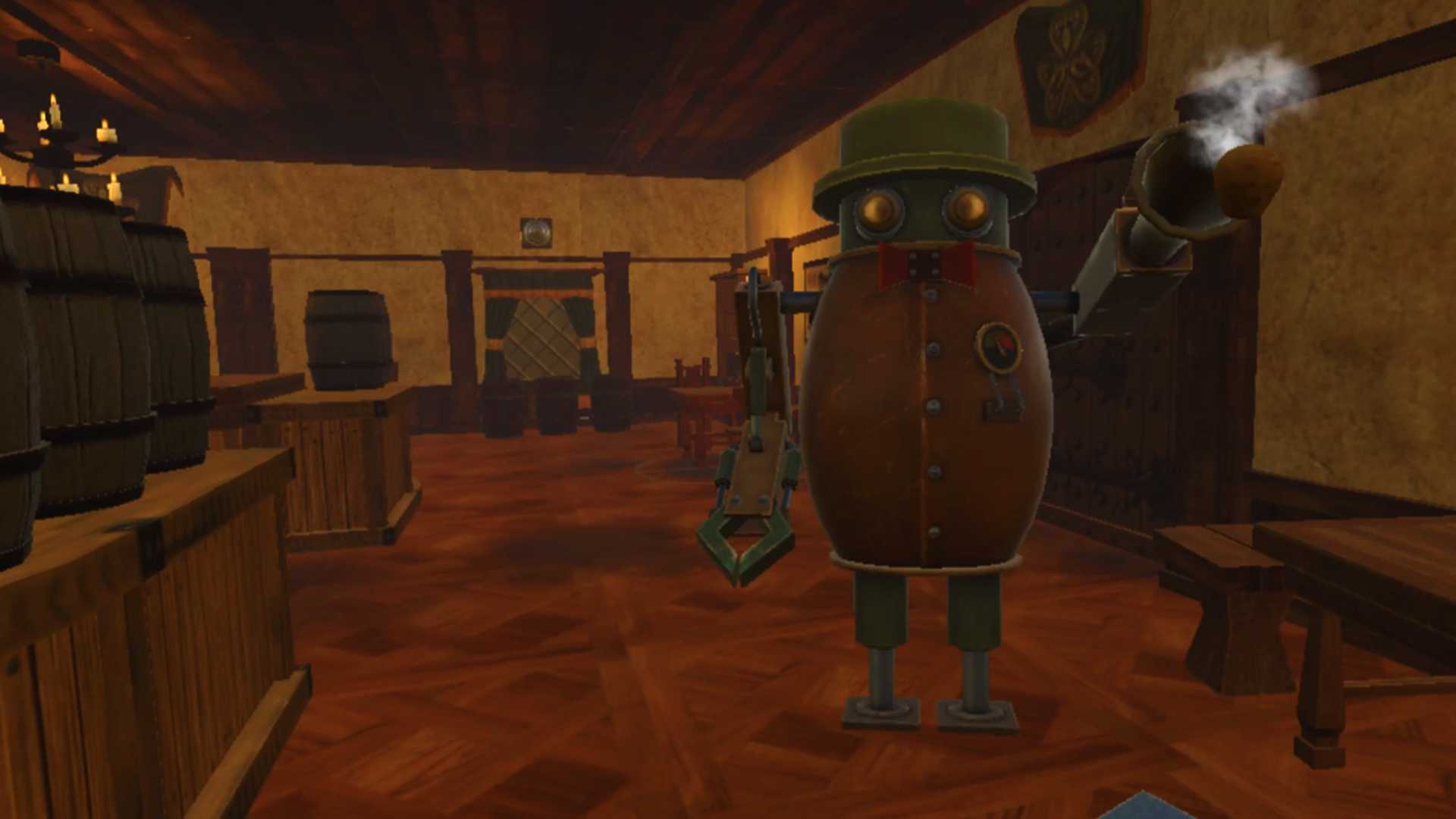 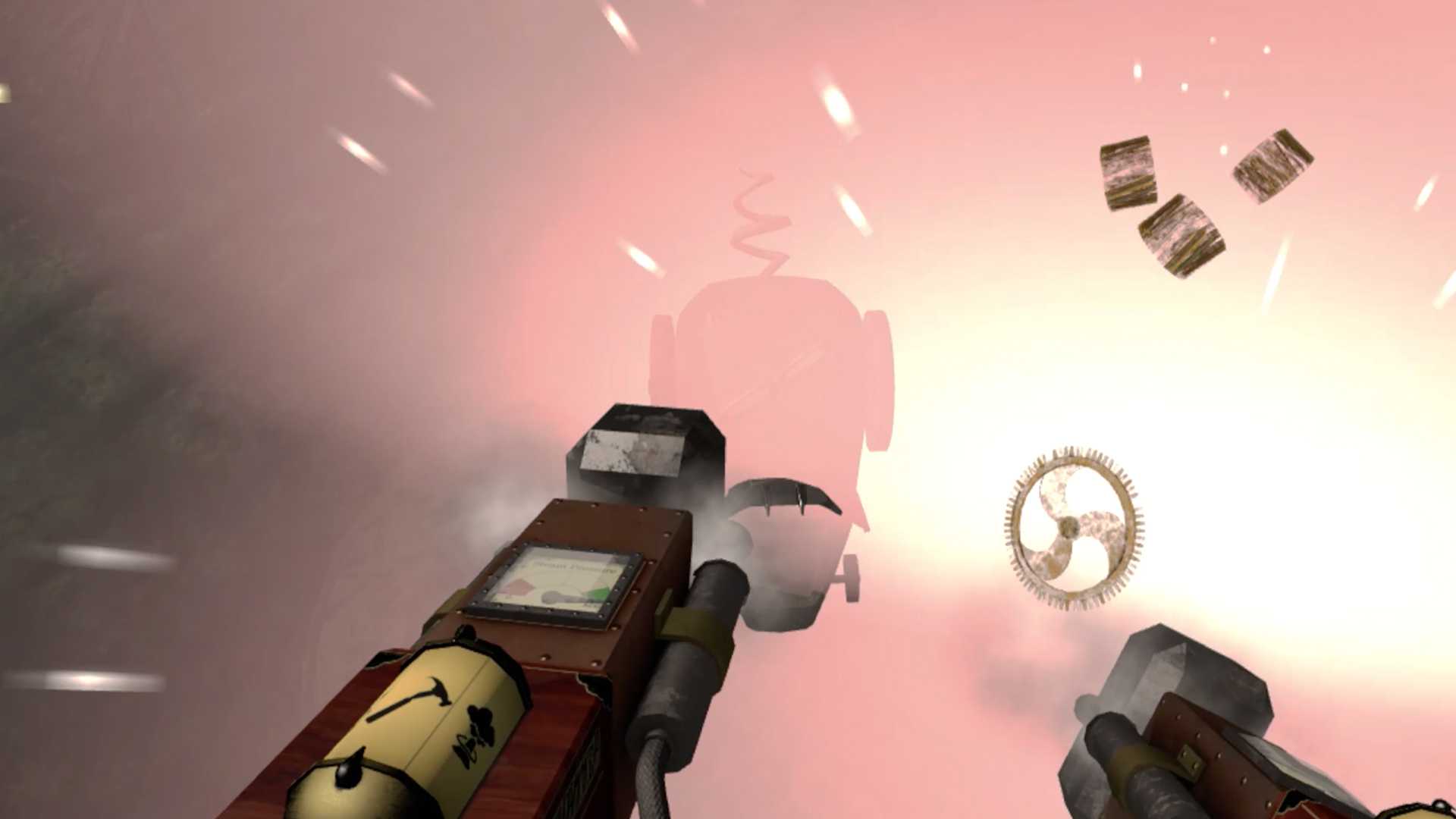 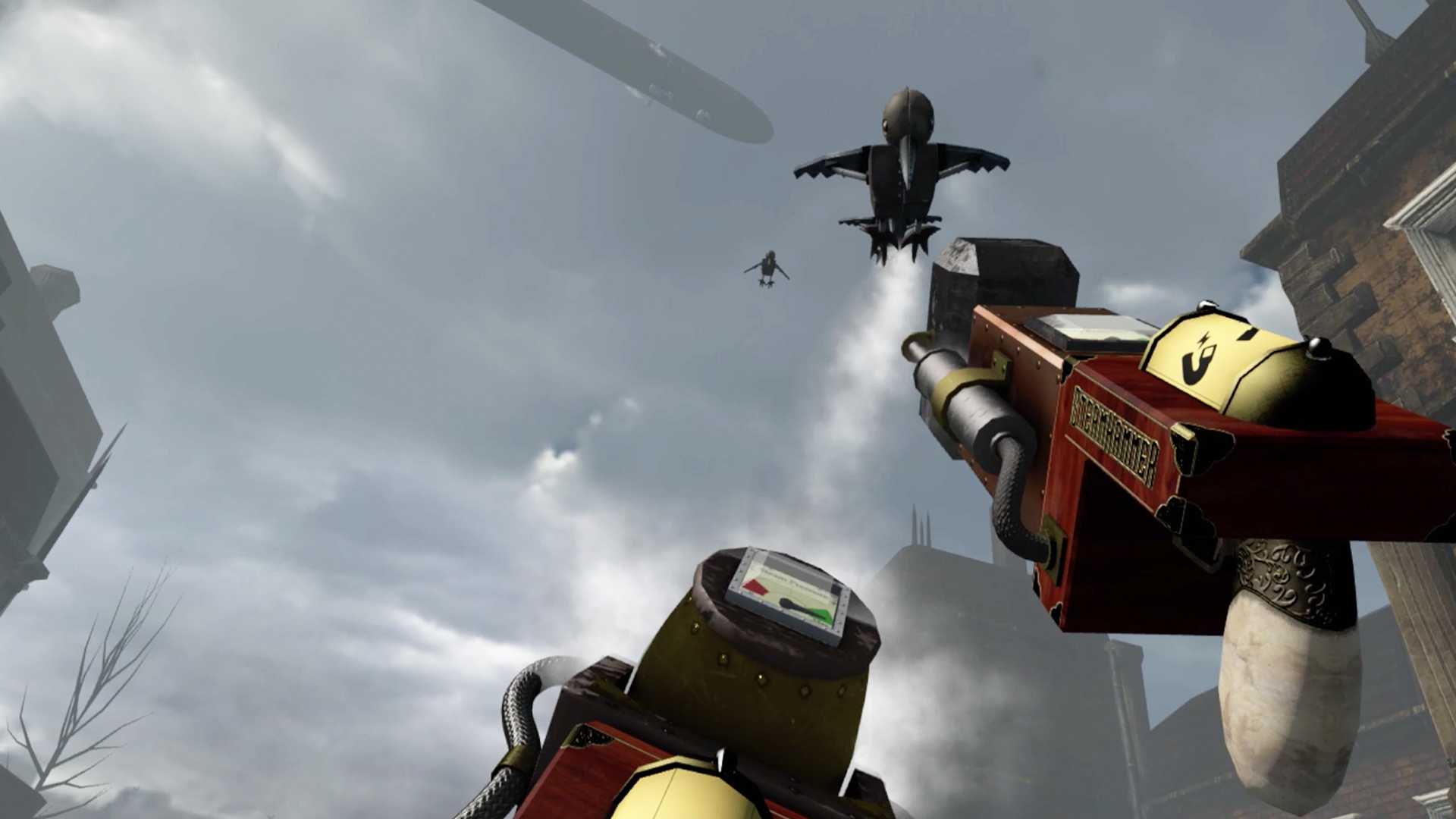 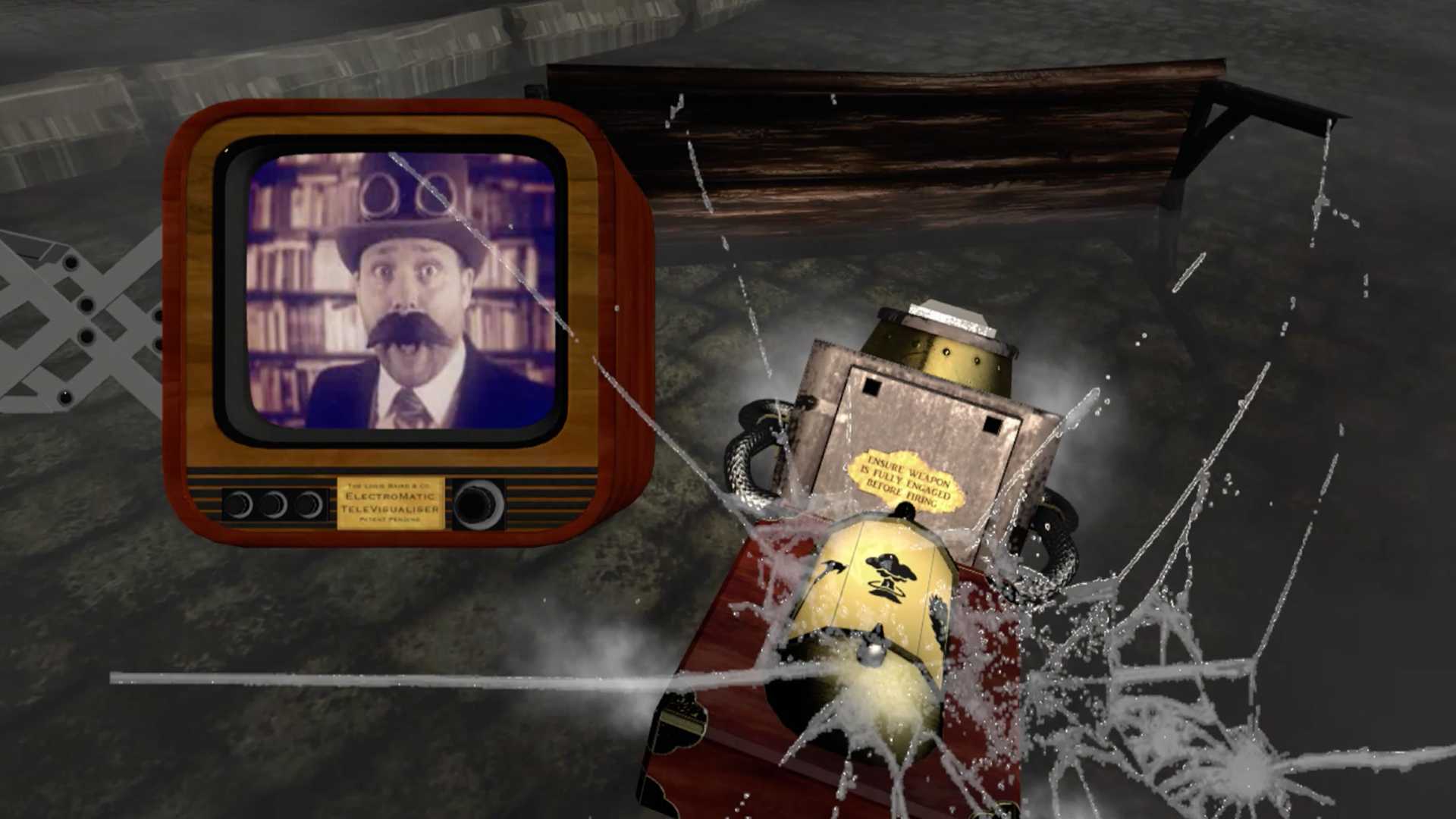 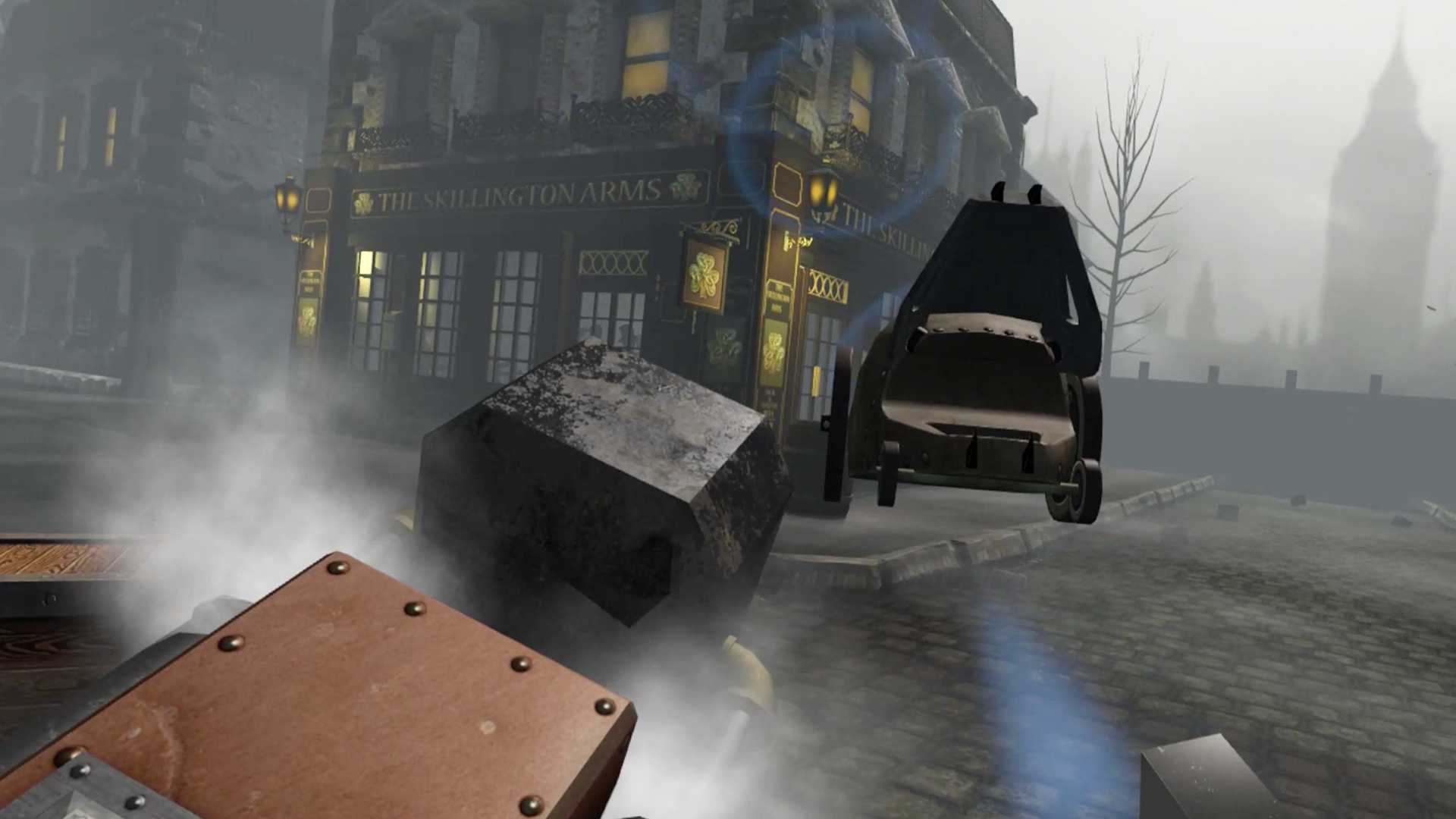 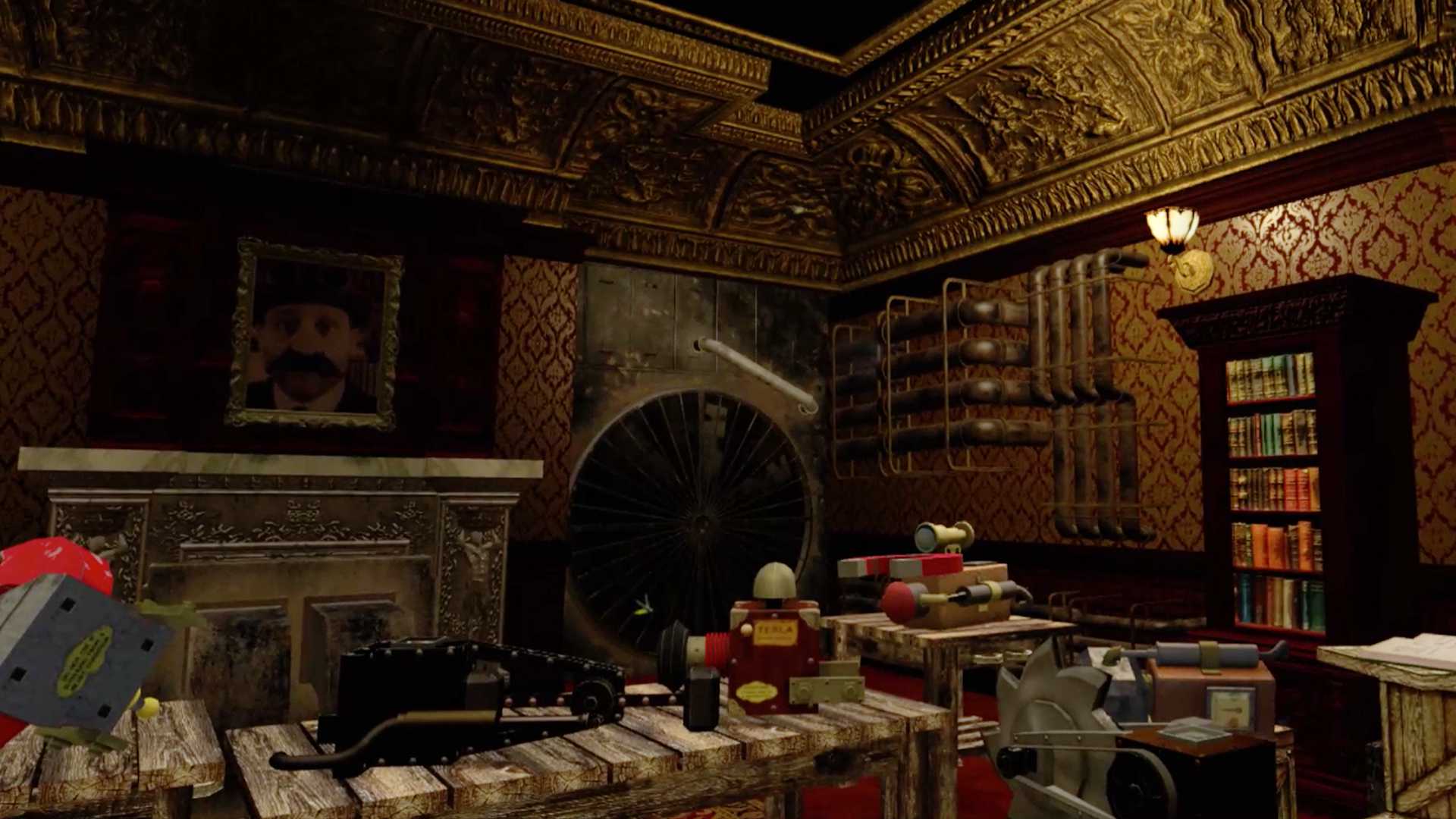 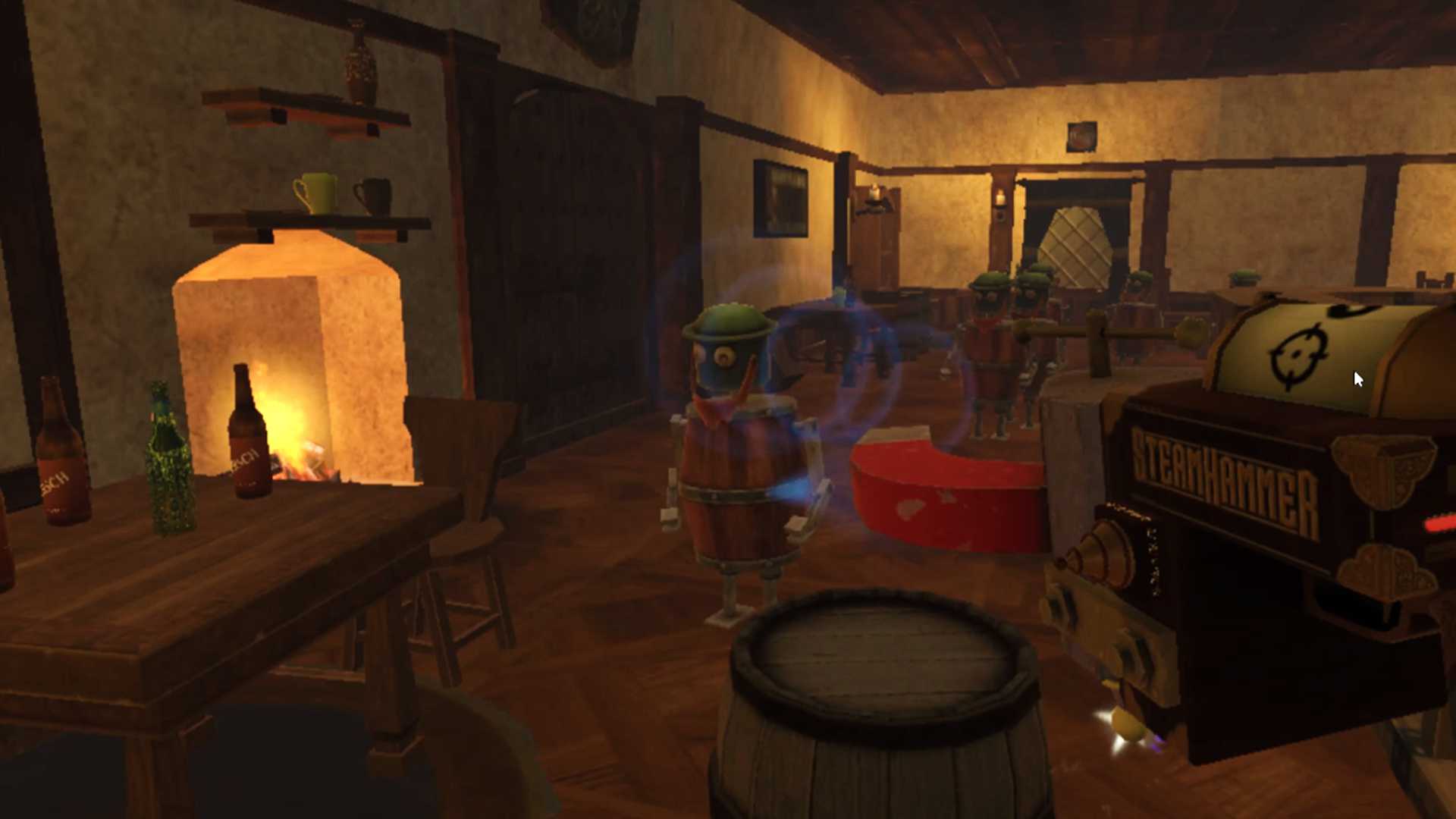 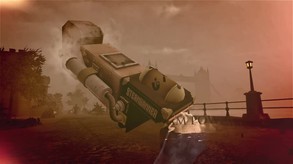 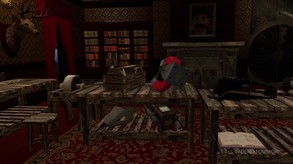 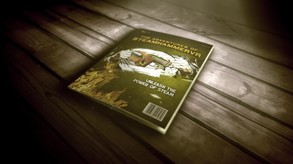 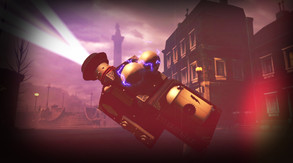 Your adventure takes place in Victorian London 1892, but dark deeds are afoot, aside from the distant cries for help in the fog, the streets seem eerily quiet but you are soon to realise why, the dastardly Professor Rattwurm is attempting to enslave the fine English folk with his army of clockwork automatons raging havoc all over town.

Using this new-fangled steam power, some ingenious state of the art 19th century gadgetry along with the guidance and expertise of Doctor Obadiah Springhorn you should be more than capable of victory.

From the safety of Springhorn's elaborately furnished command centre in the Airship 'Horndenburg' the story unfolds as you plan your strategy and practise with the all the weapons which will be at your disposal. Your steam powered Exo-Suit has only two hands but your load out contains six unique and upgradable weapons which you can switch between during battle:- The Steam Hammer, The Steam Cannon, The Magnet Beam, The Rotor Saw, The Tesla Ray and The Rail Gun!

With some experimentation, a little strategy and a modicum of skill you should be able to complete all the missions and reveal the full story of 'The Rogue Apprentice'...if not you will be hauled back into the 'Hordenburg' for essential suit repairs and you can try again!

Early Access includes Story Mode with the first three of ten missions, Streets of London, Skillington Arms and The Tower of London.

Seek and Destroy mode will follow soon after, with the other missions being added over the sixty day EA period.