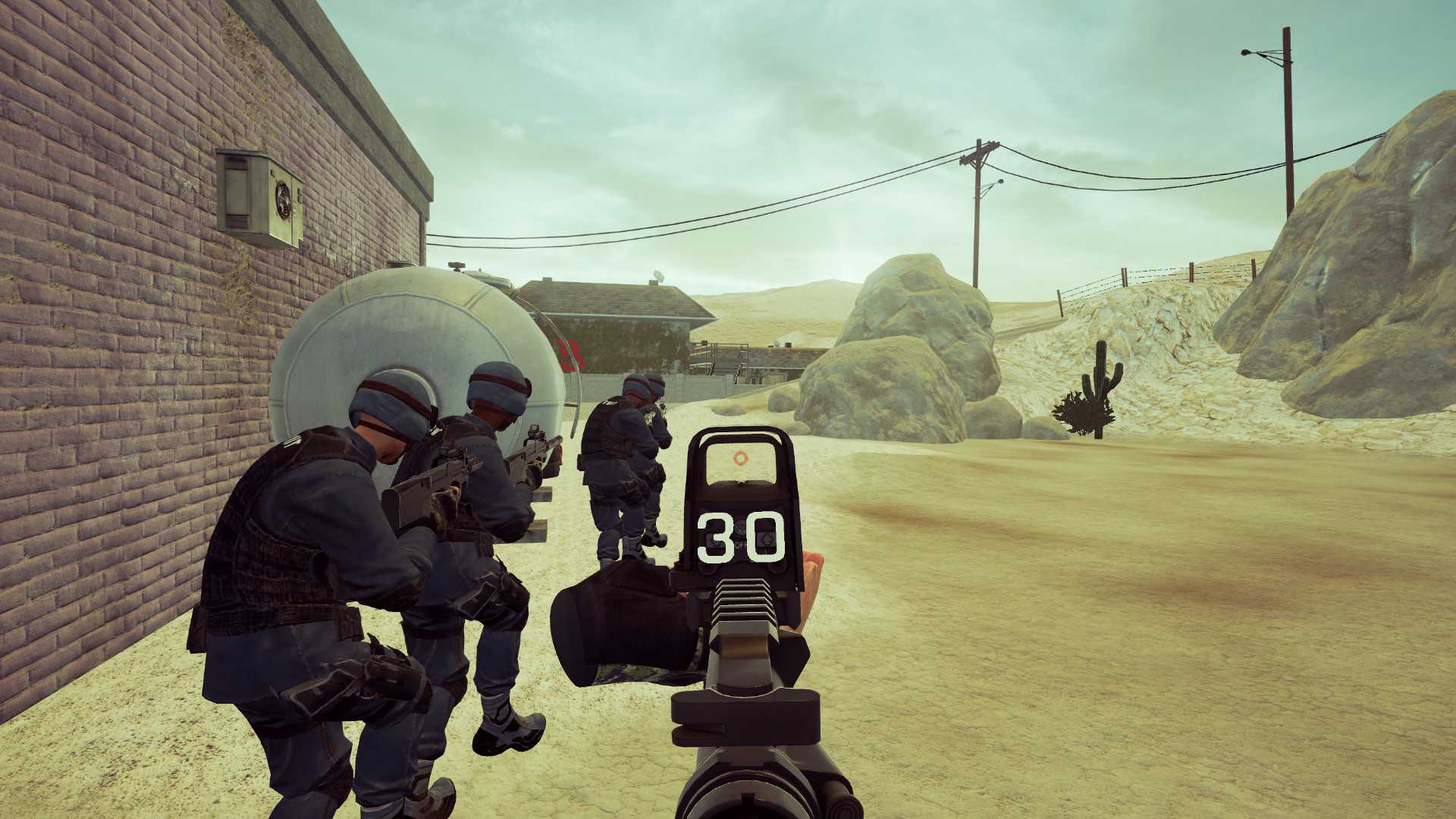 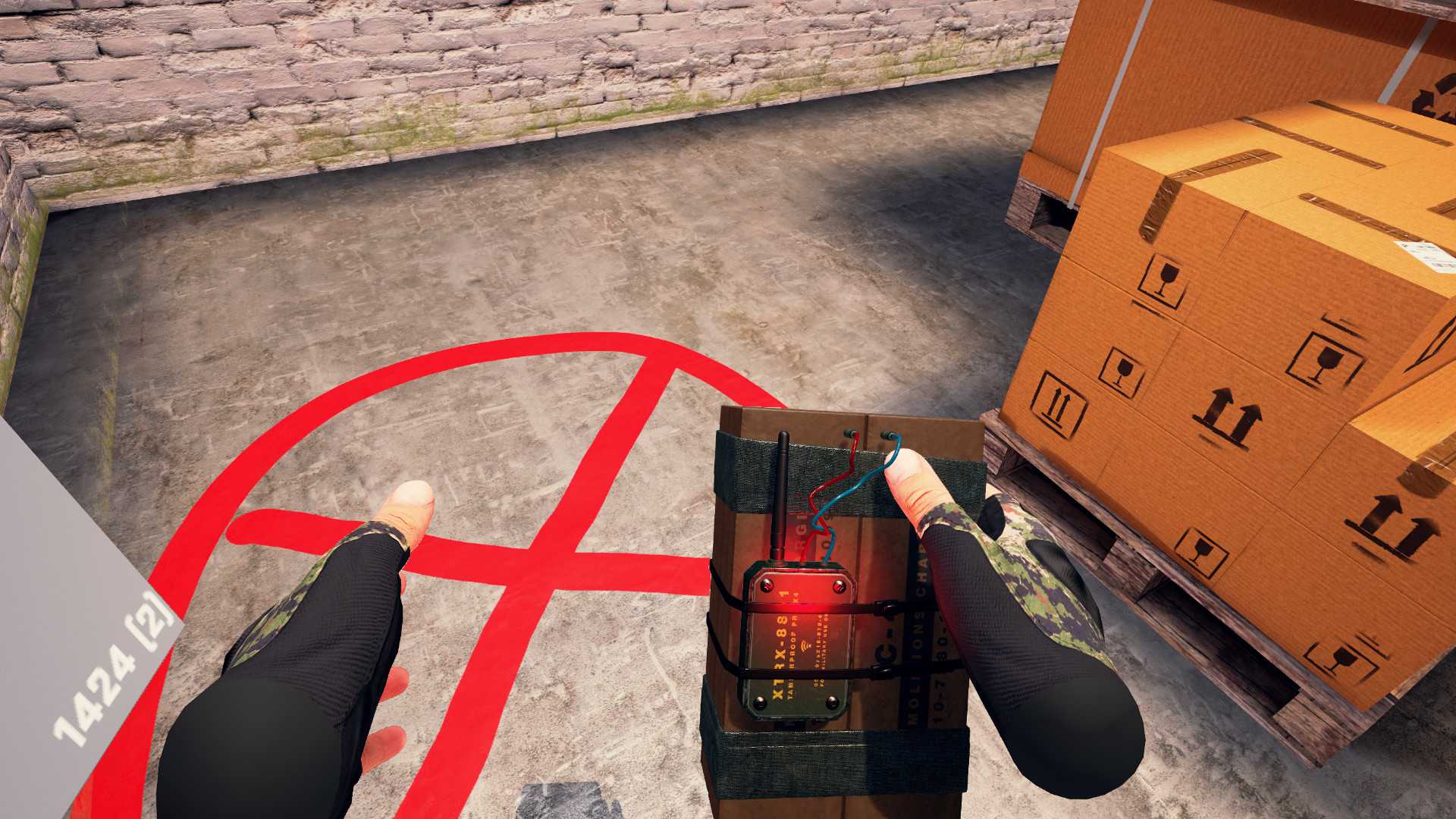 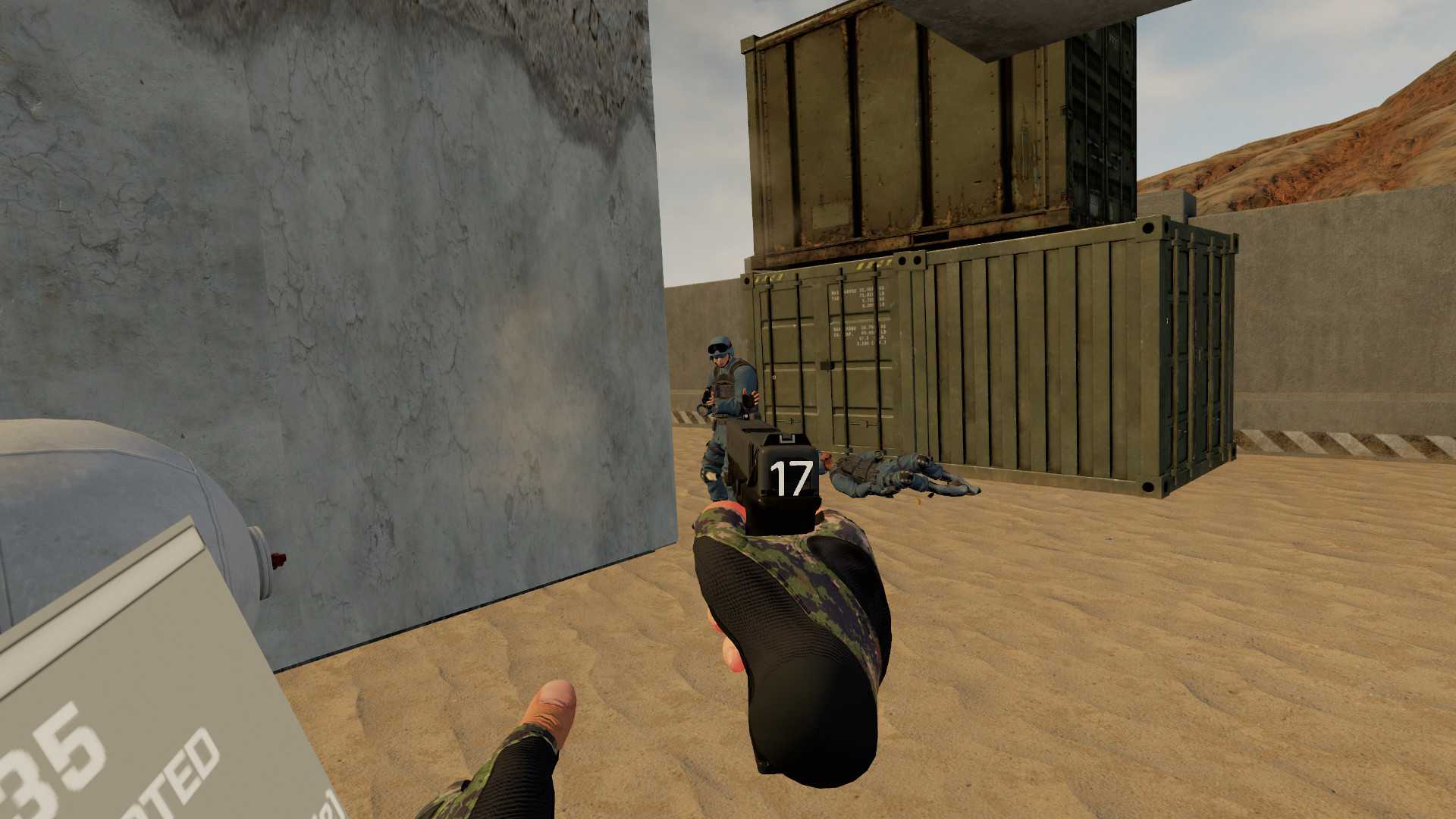 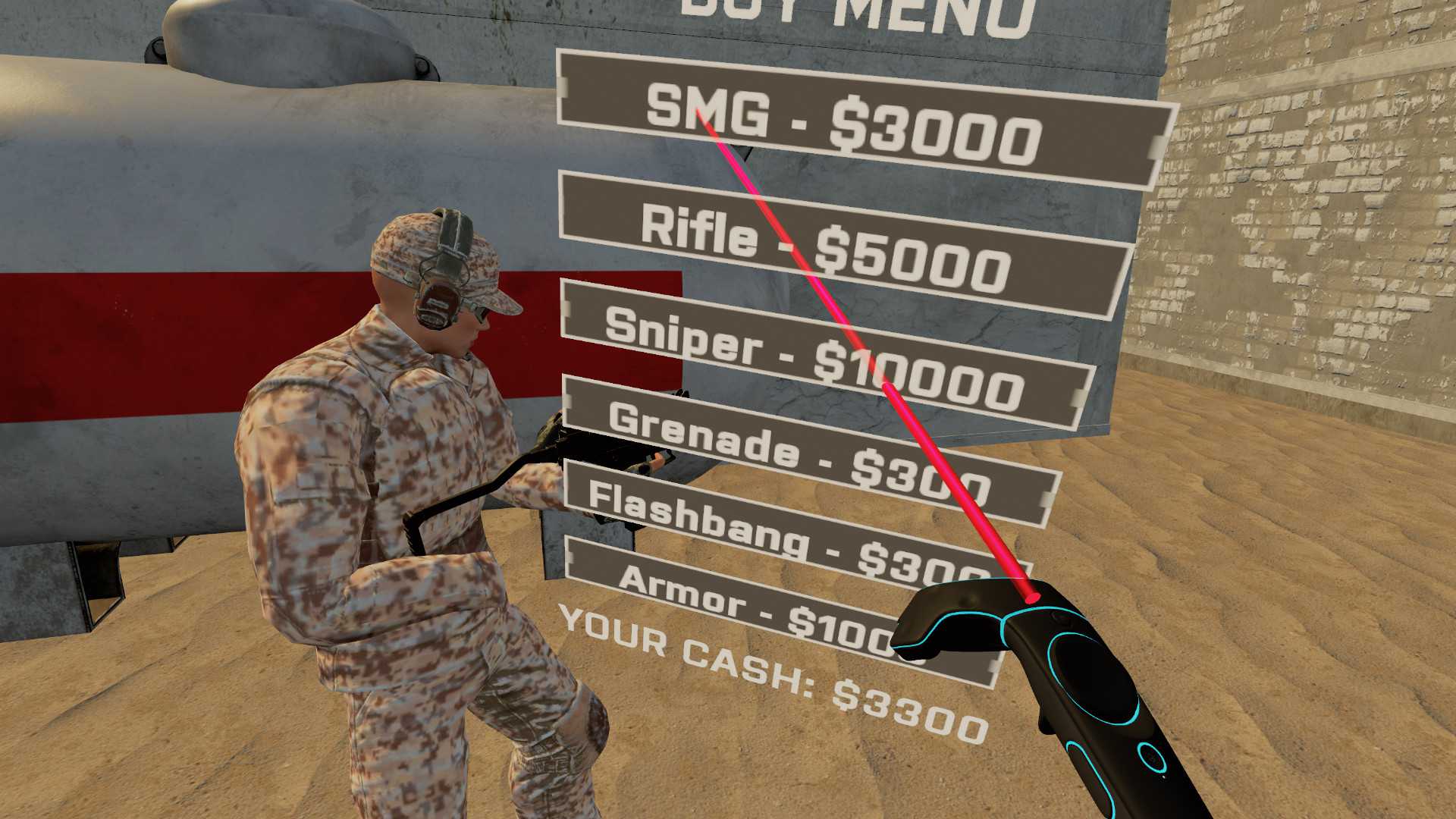 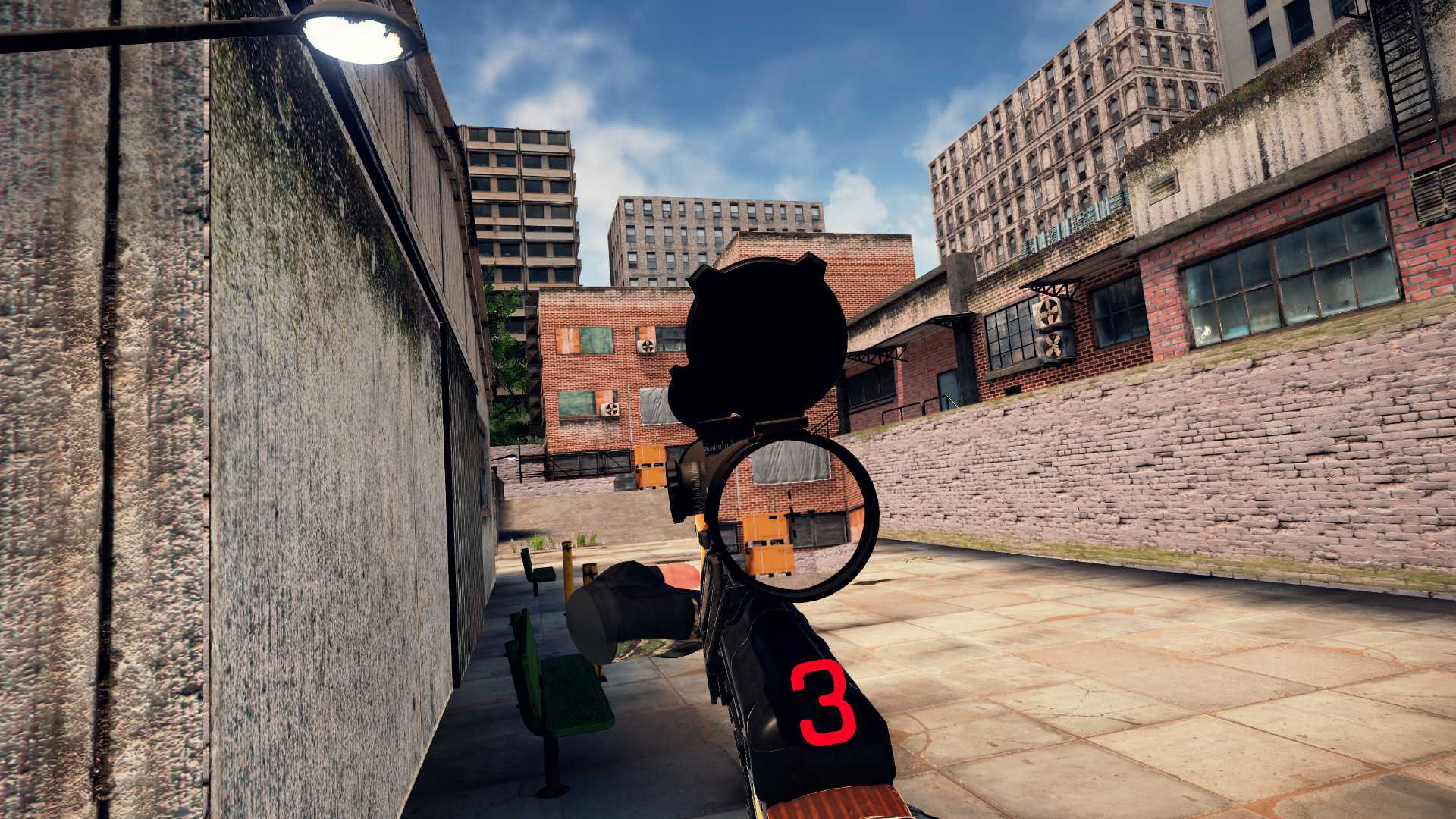 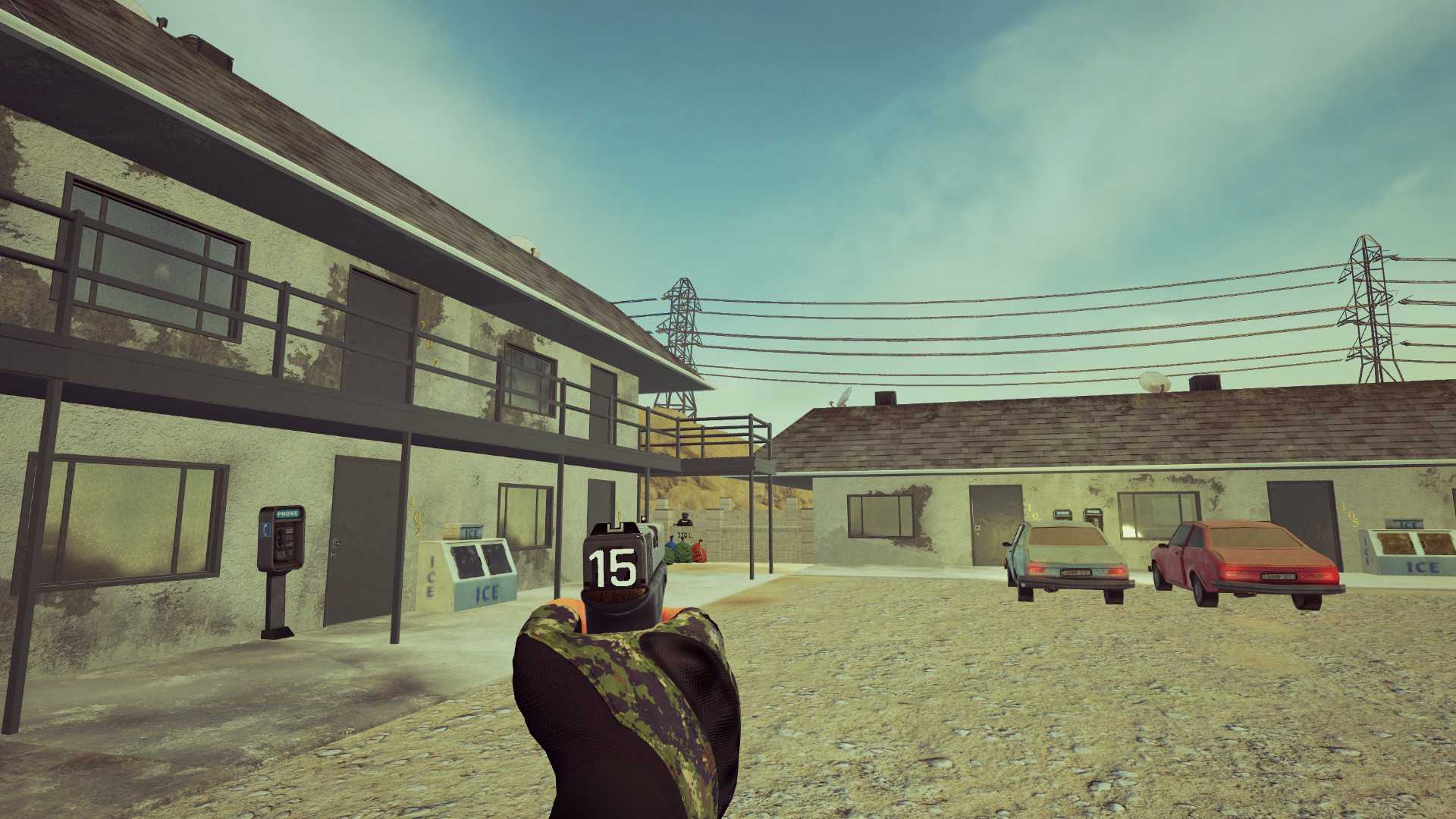 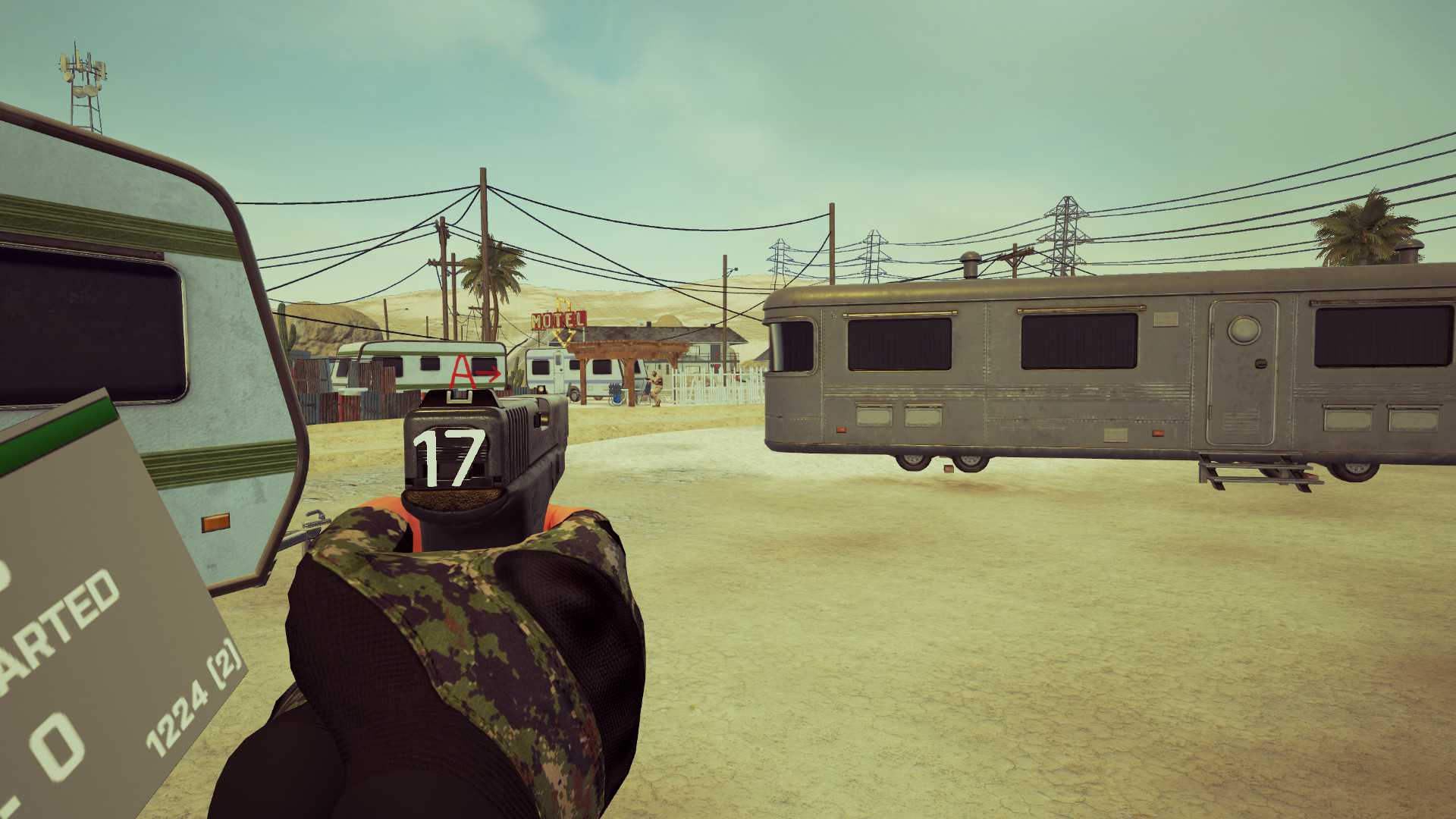 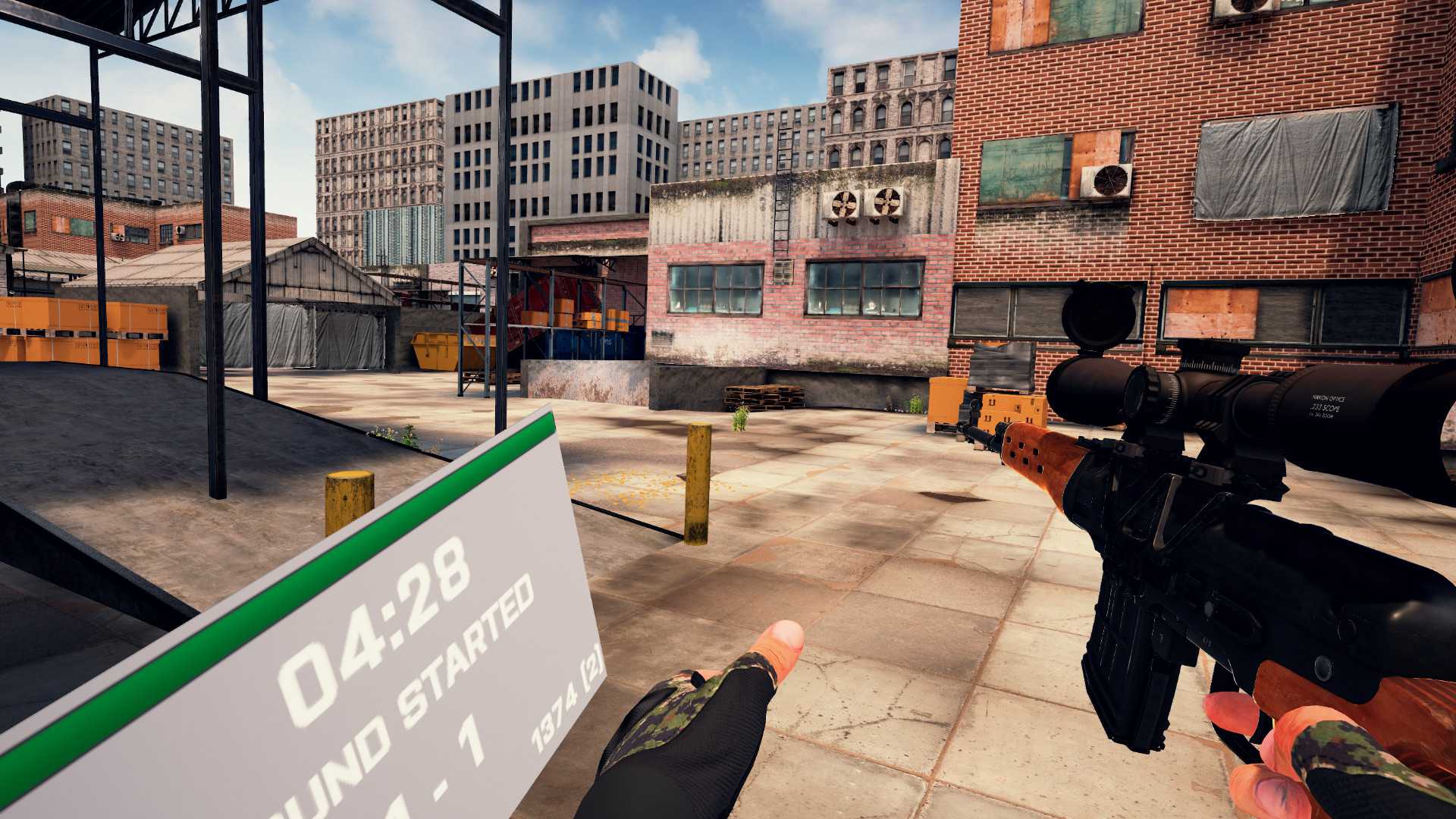 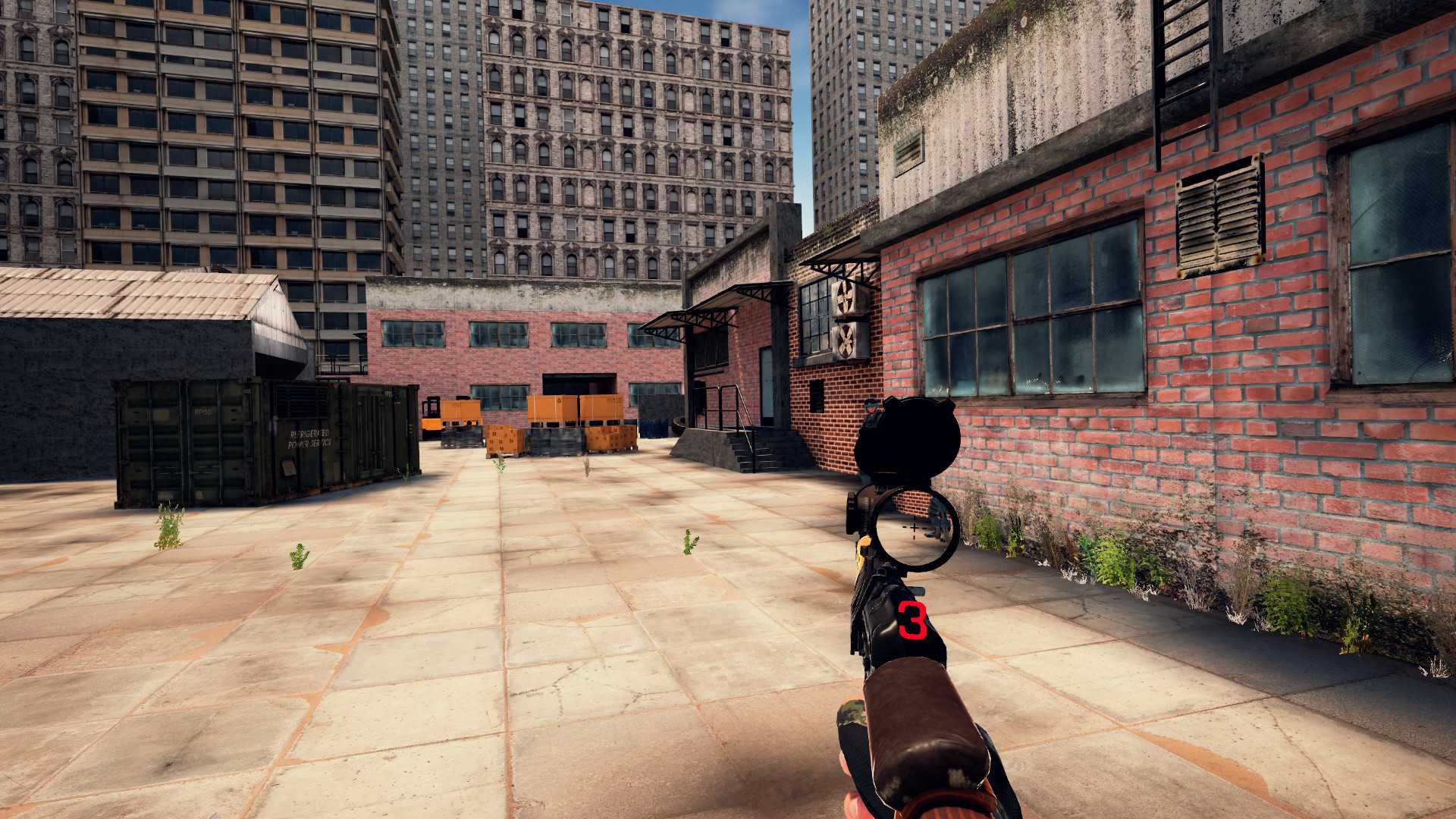 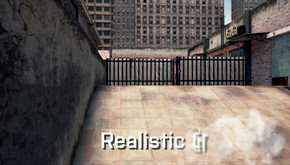 Oscar Mike VR is a fast paced 5-on-5 FPS game for the Vive. Players can play as the International Special Forces or the Fifth Column. OM:VR features realistic maps and weapons that make the players feel immersed in the action.


Play online with 9 other people or by yourself against bots.


Each round will last five minutes and the match will be played best of 11 rounds.


Players can purchase weapons at the beginning of every round with money they earned from previous rounds.


The Fifth Column must plant a C4 explosive at one of two designated bomb sites labeled A or B. Players must defend their sites until the countdown finishes and the bomb detonates. The International Special Forces must prevent the bomb from exploding, either ensuring that Fifth Column team does not plant it or defusing the bomb once it is planted. If ISF team does defuse it, the ISF team will still win regardless of how many players are still alive on the Fifth Column team.


Players can earn Steam Achievements and Steam Trading Cards by playing Oscar Mike against online opponents or offline against bots.