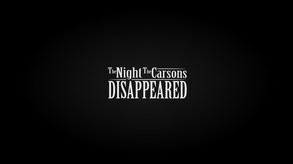 Description
The Night The Carsons Disappeared is a VR ONLY horror game that puts you in the shoes of Michael Carson. On April 6th 2009, Michael and his two daughters vanished and were never heard from again. In TNTCD you witness the events leading up to their disappearance through the eyes of Michael Carson. This is the non-interactive version of the game. You do not need any controllers. Sit back, and watch the horror unfold. Ideal if you want to scare family and friends at Halloween. The entire game takes around 30 minutes (or less if you choose the shorter version via the menu screen).

Why Play The Night The Carsons Disappeared

What's Next?
The interactive Vive version of the game is in development.