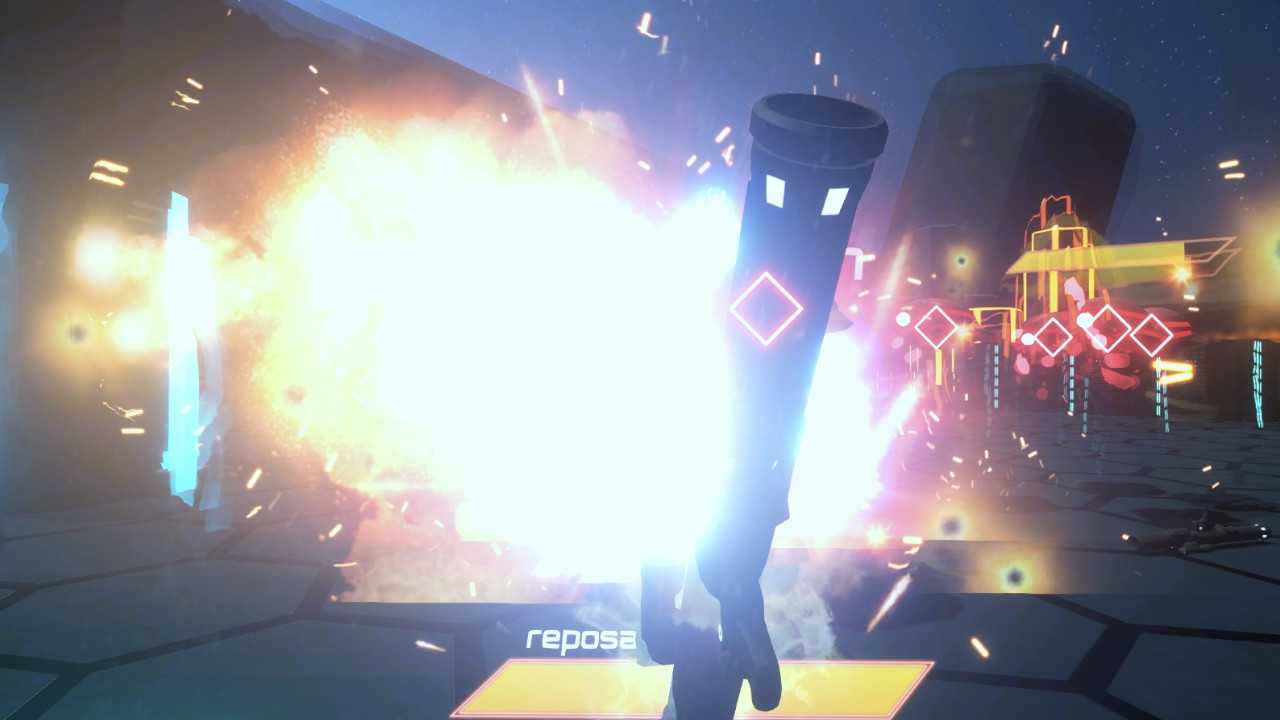 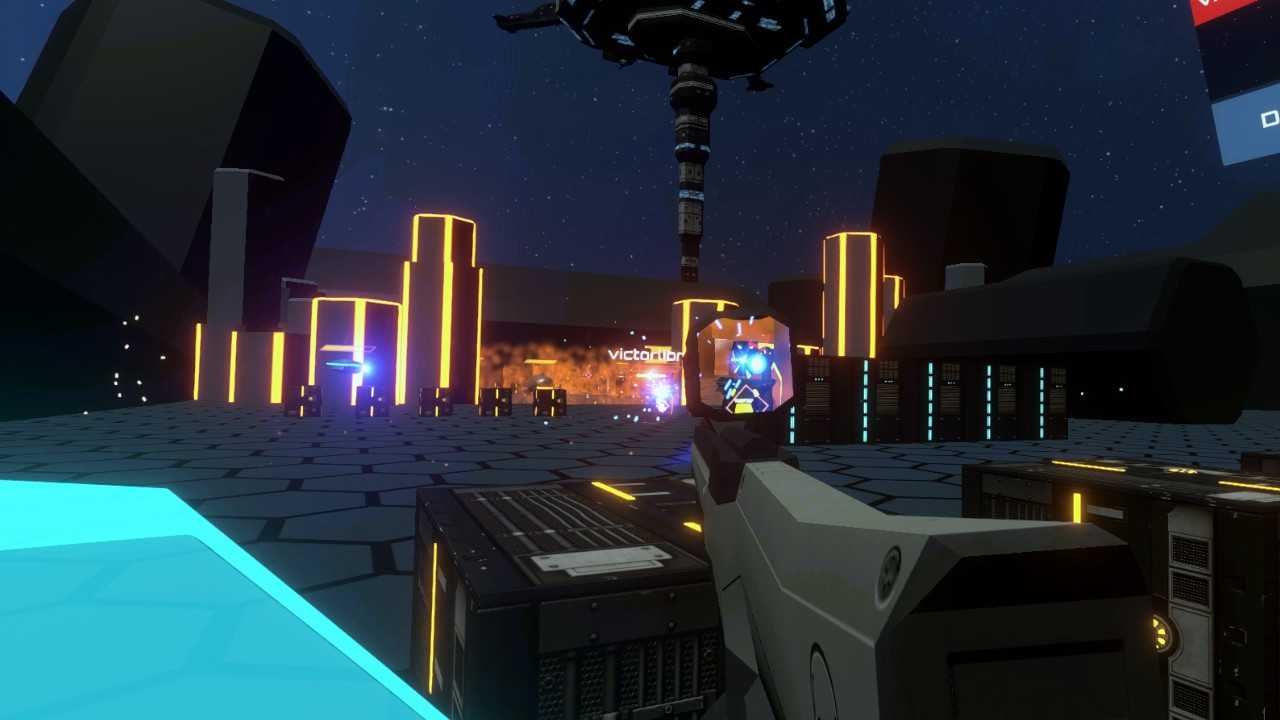 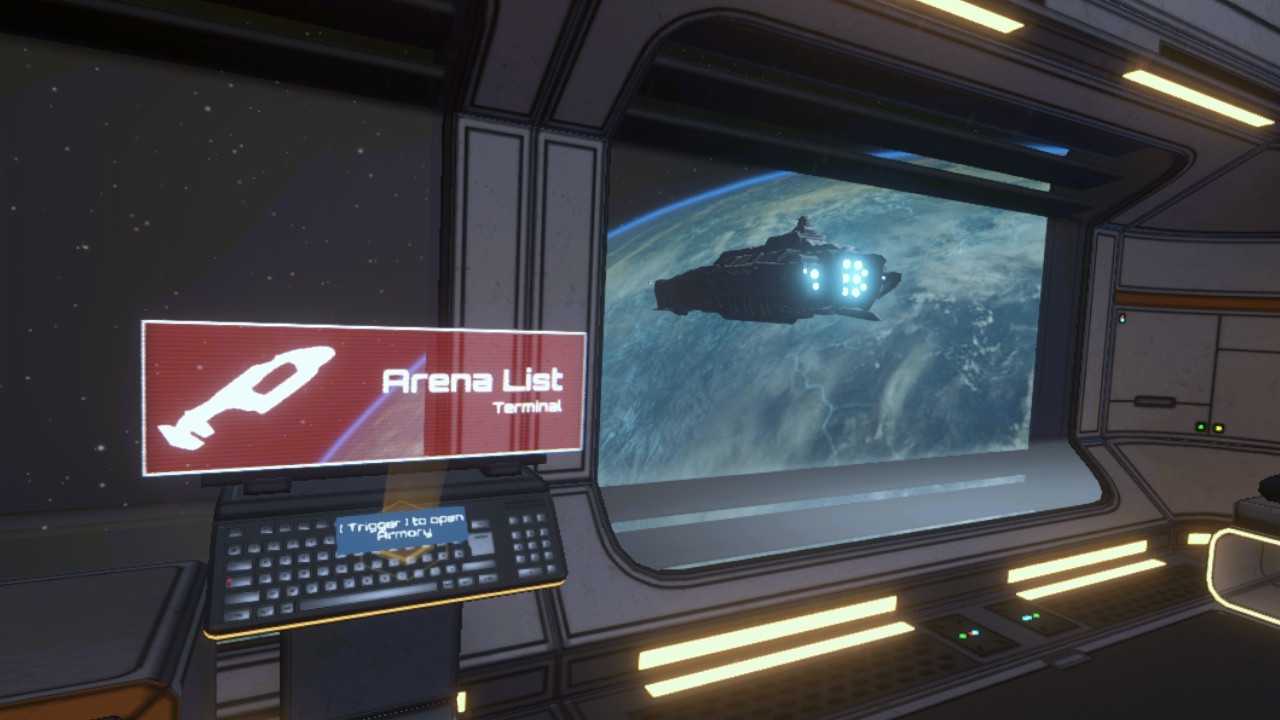 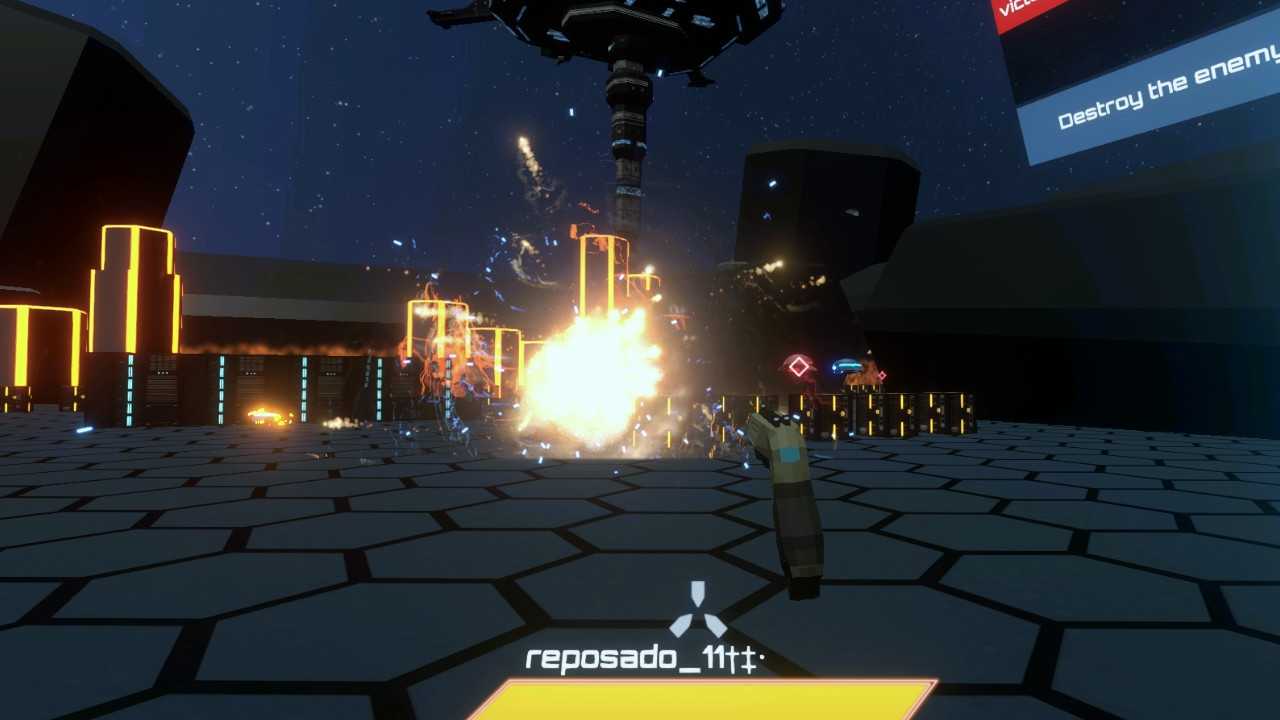 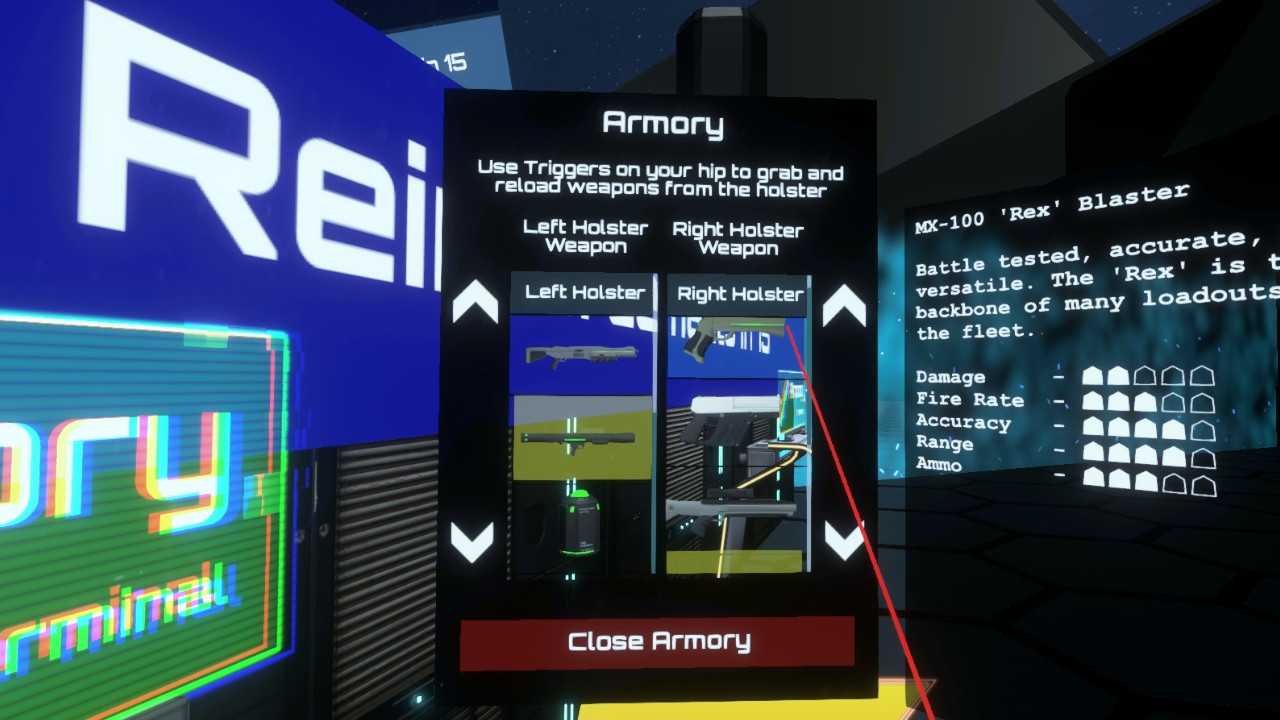 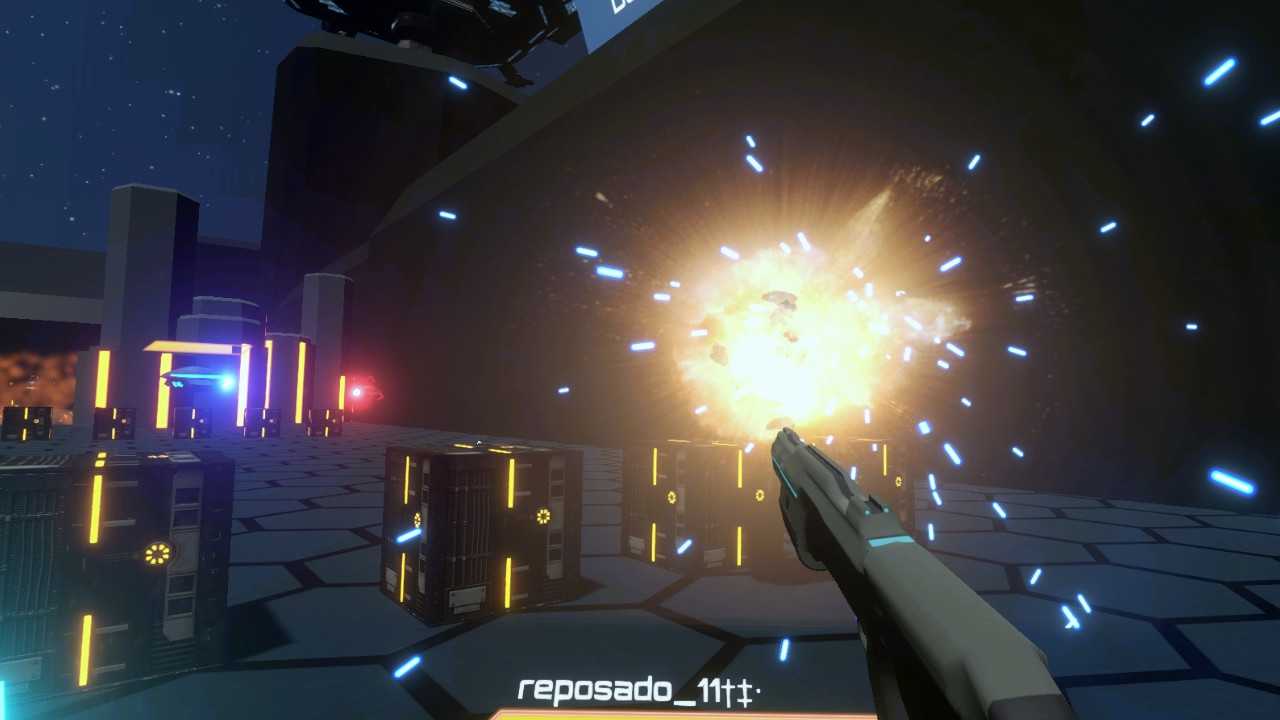 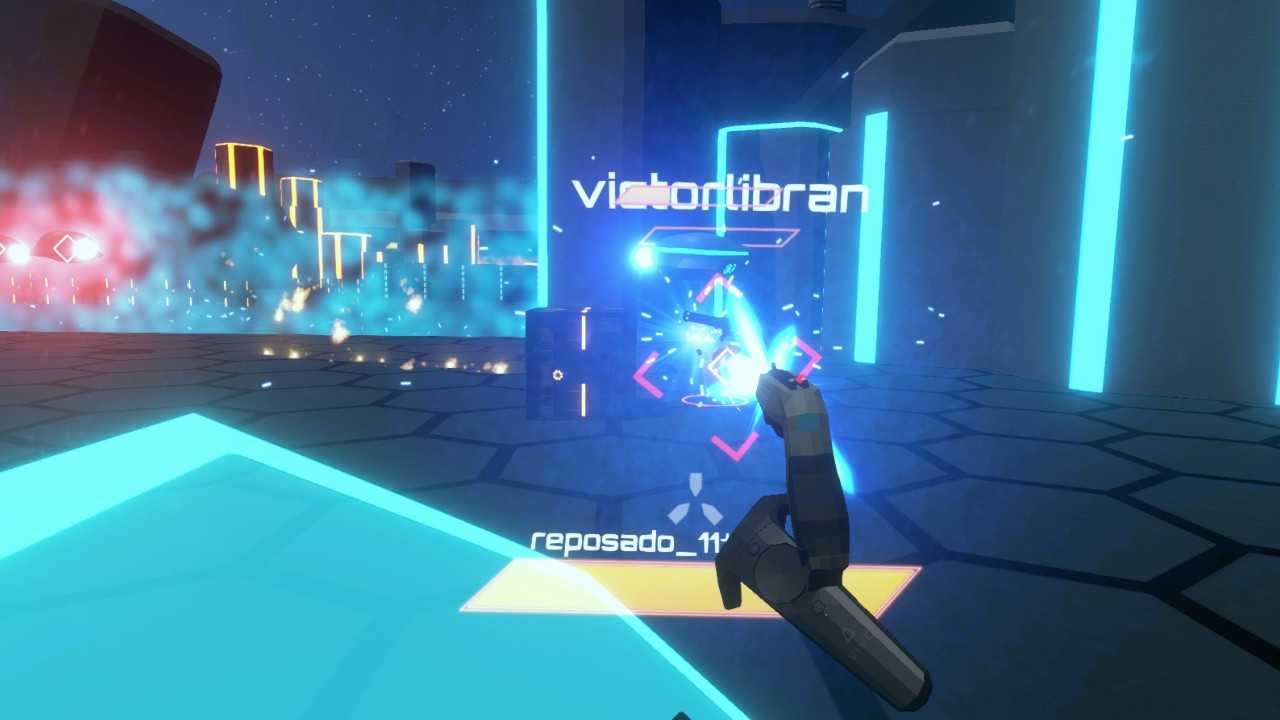 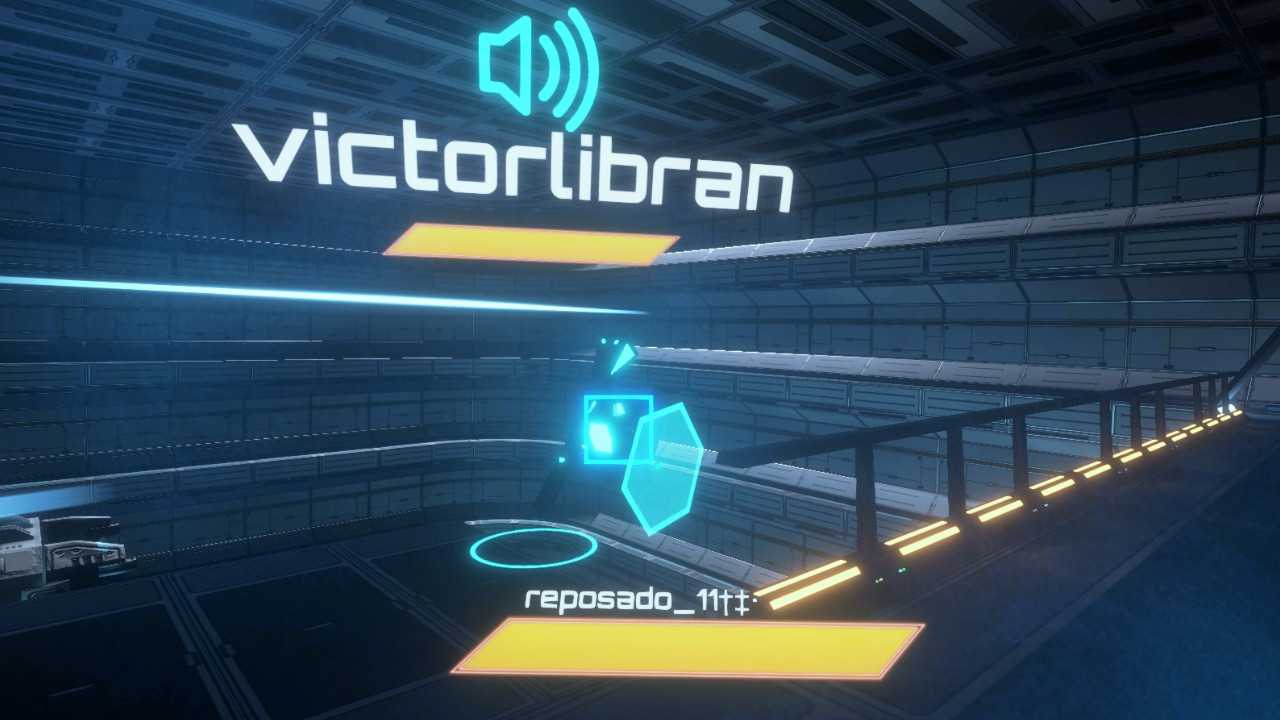 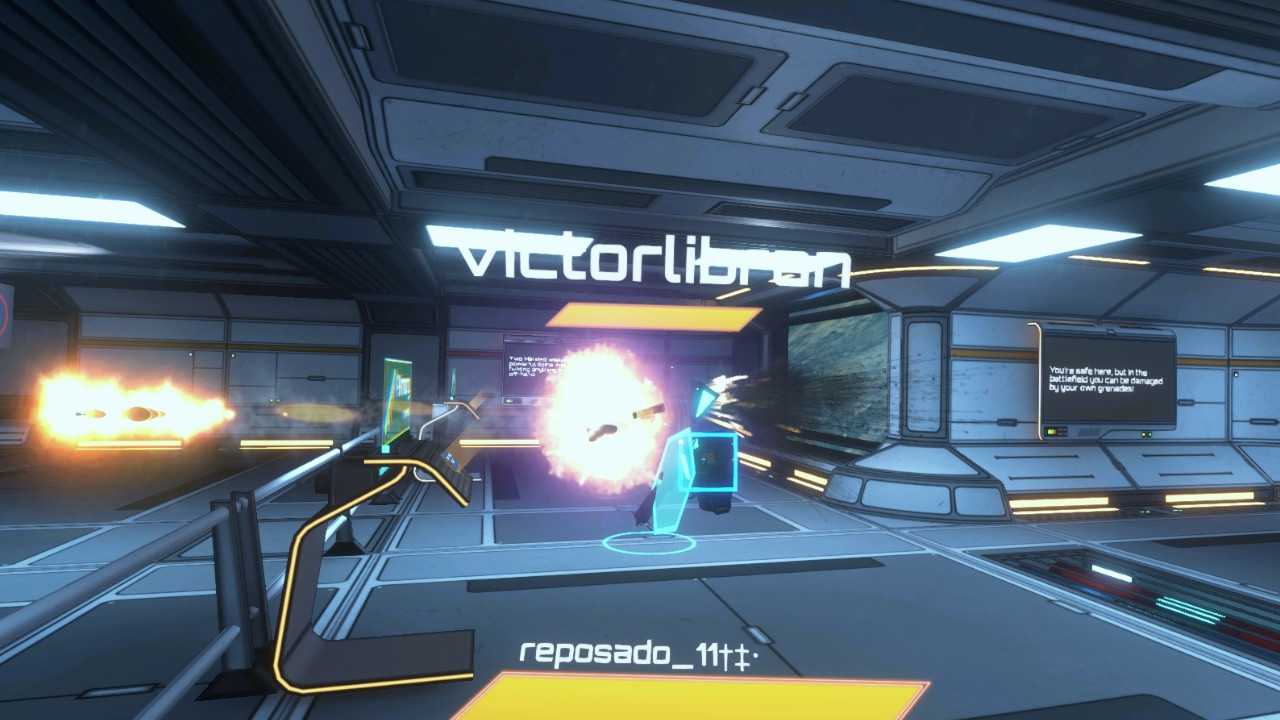 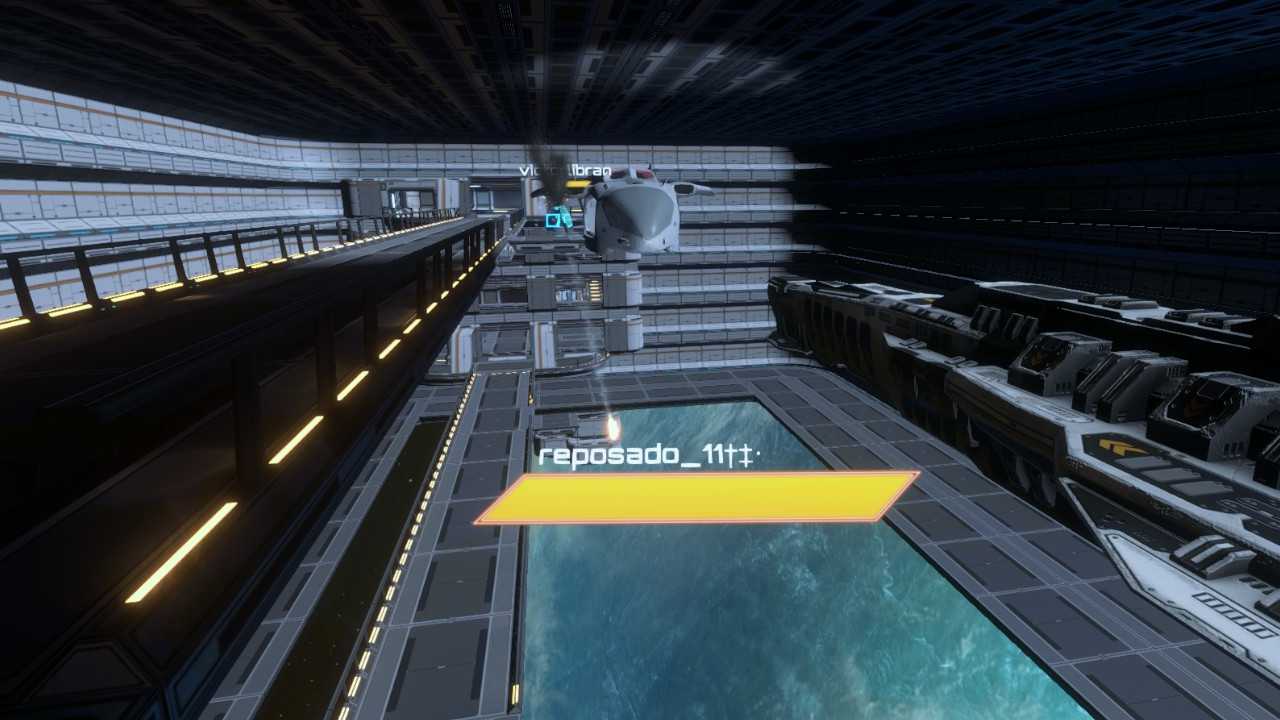 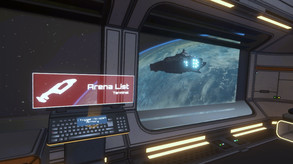 Orbital Strike: Arena is a team-based, online shooter for the HTC Vive. We're out to create nothing less than the premier multiplayer game for virtual reality. Battle your way across no man's land and enemy AI drones. Use teamwork and tactics to attack the enemy base and destroy their turret defenses. Take out their AI Drone production capabilities before making your final push on the headquarters. Built for the HTC Vive and a room scale virtual reality experience: dodge, take cover, and use your shield to survive. Good Hunting!