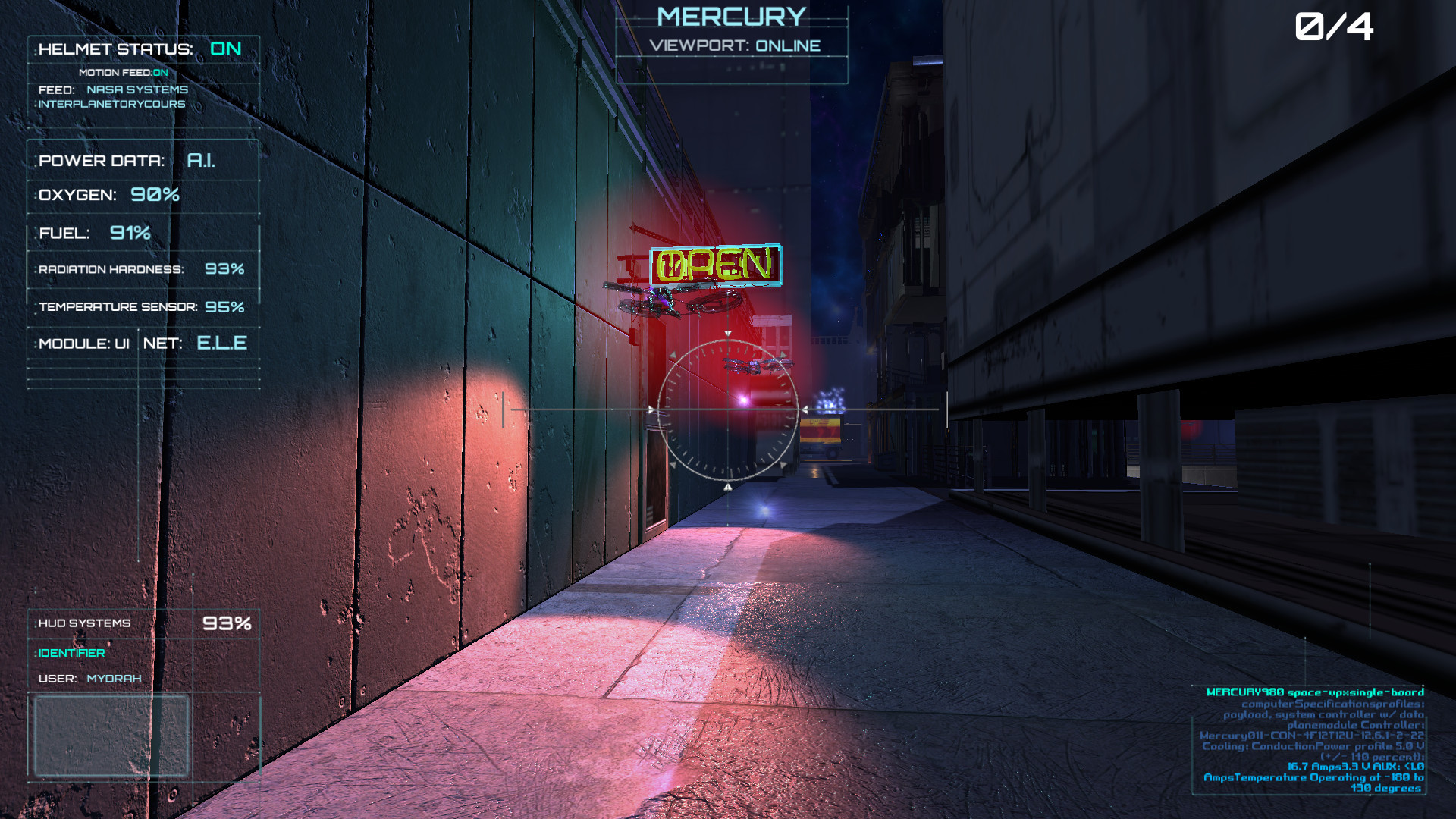 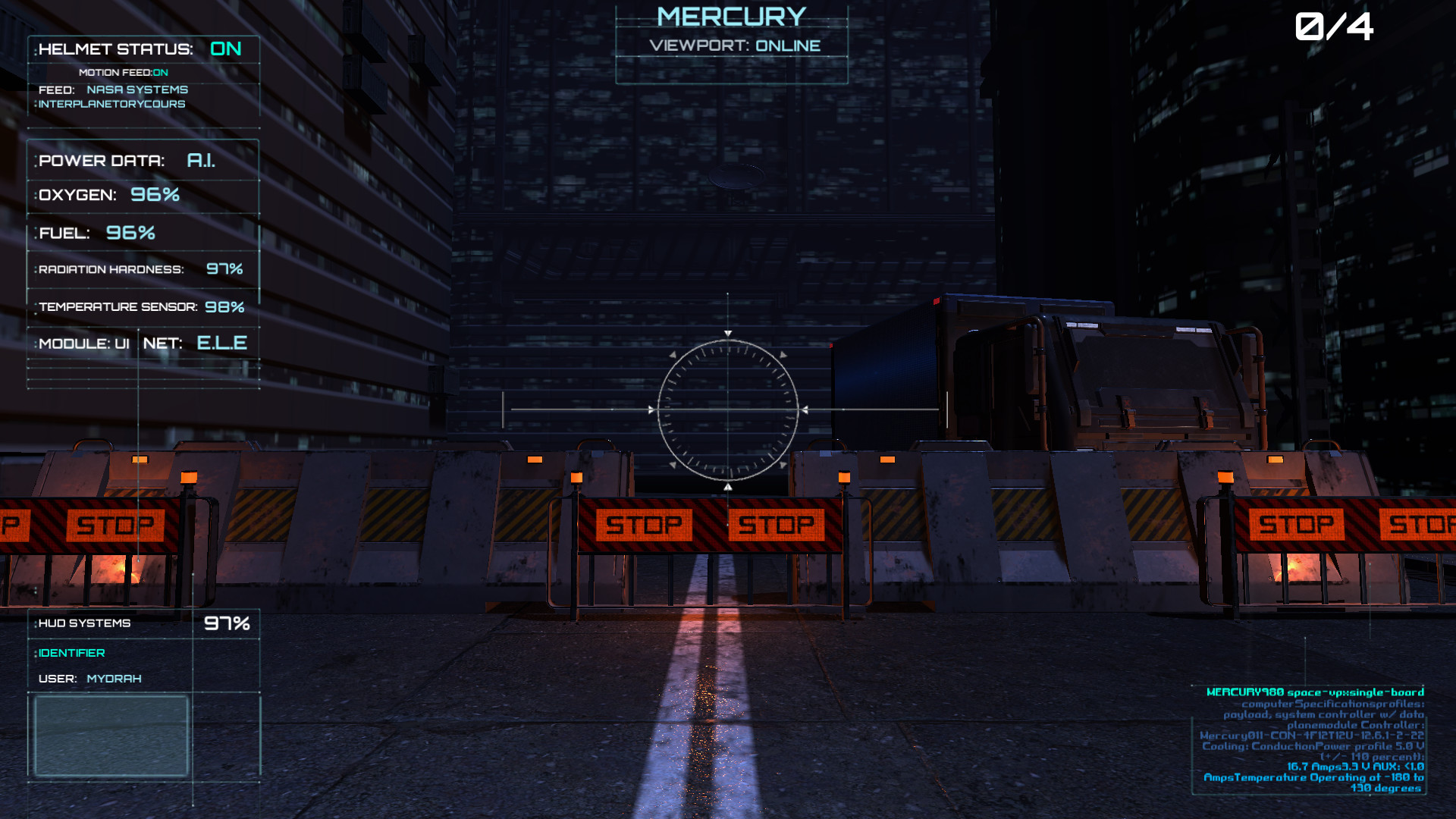 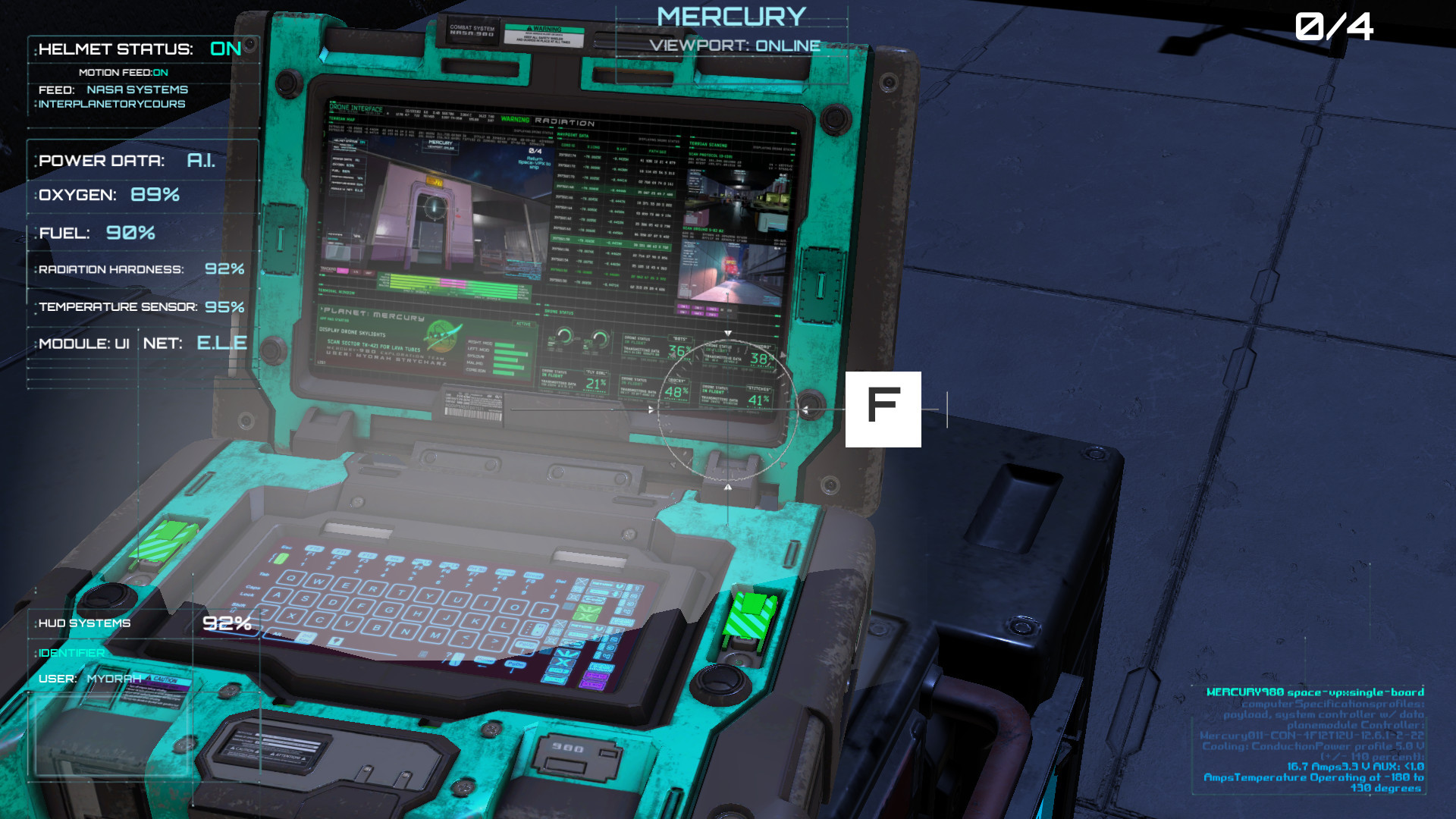 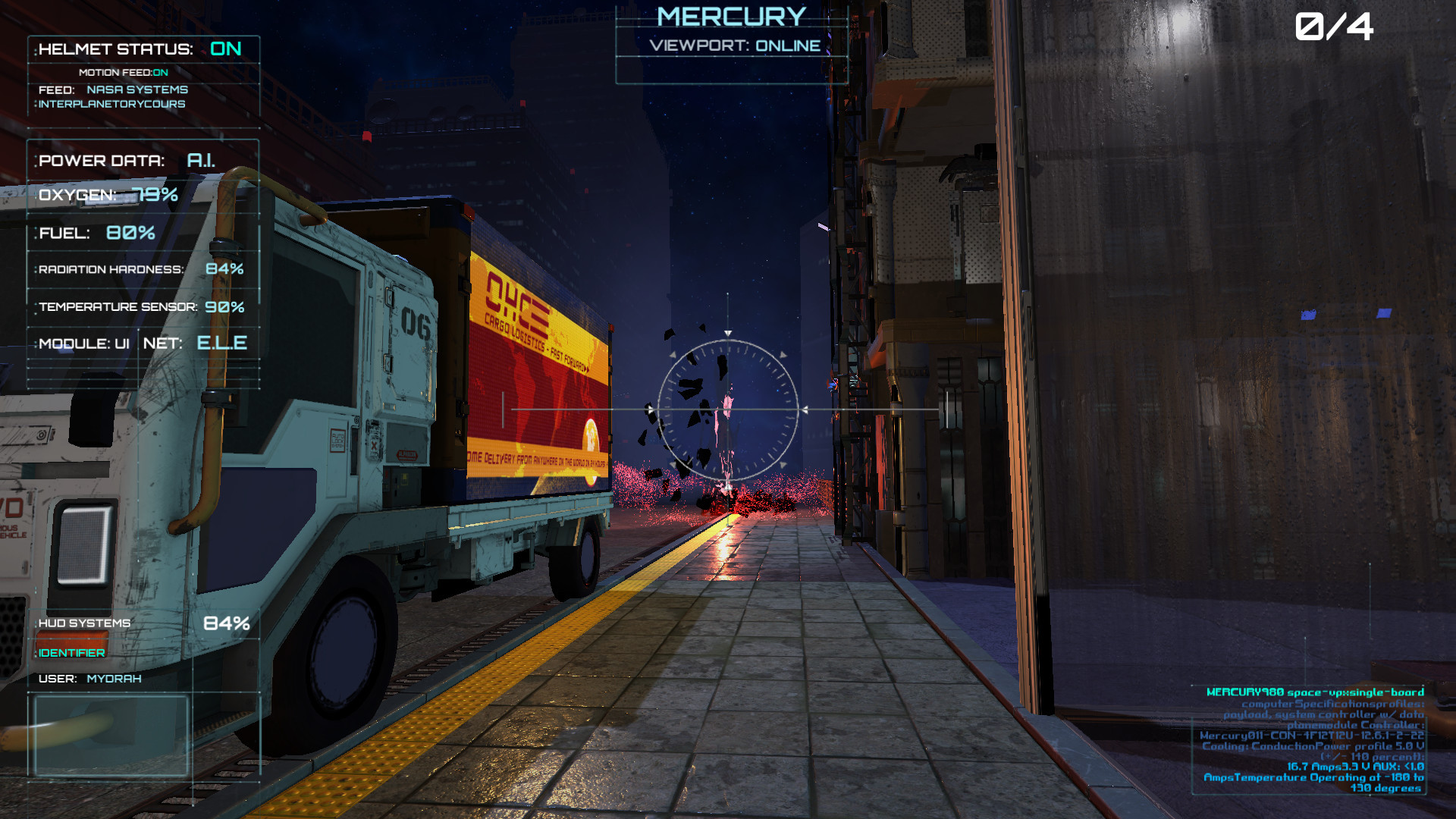 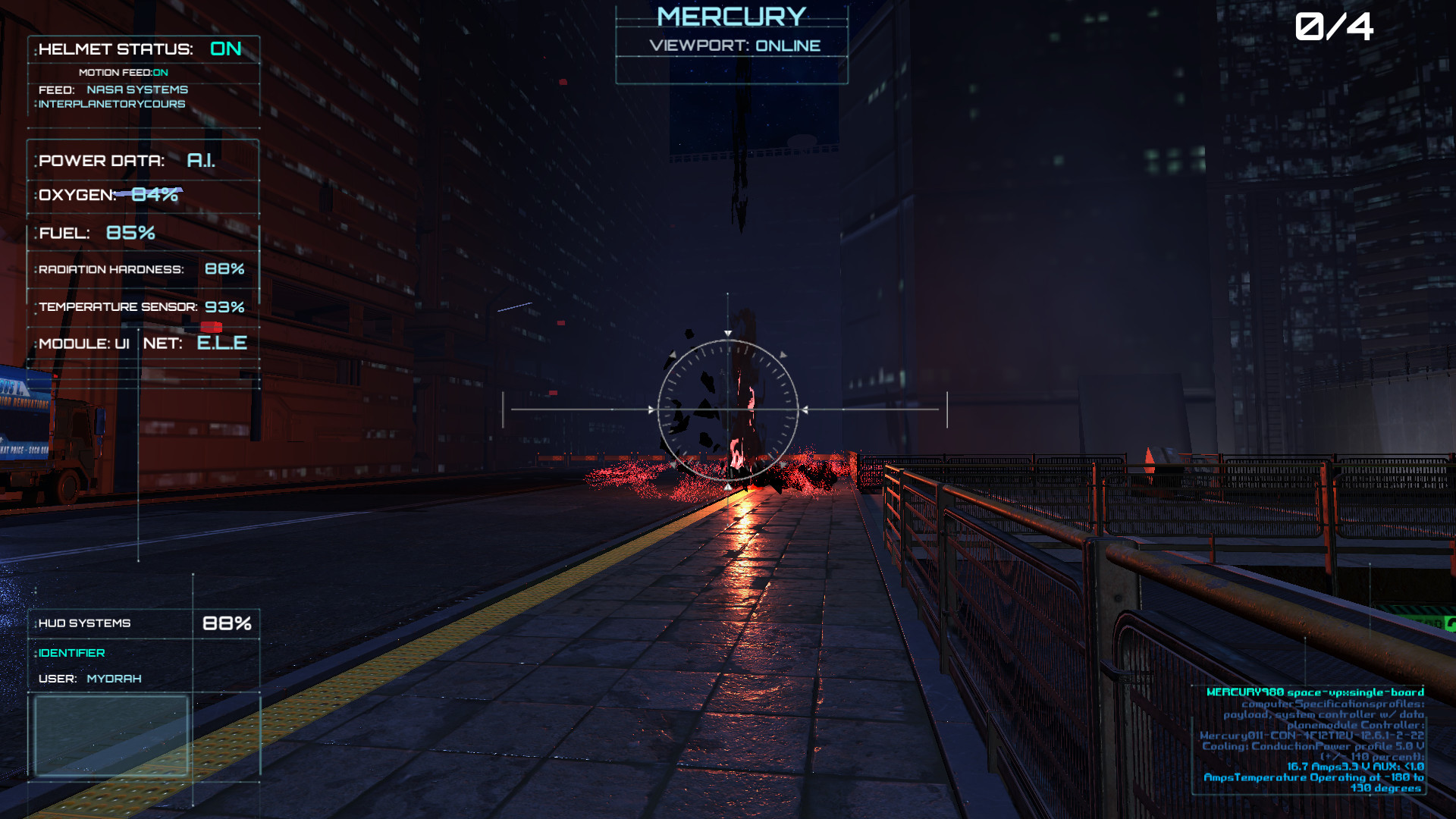 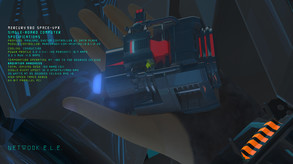 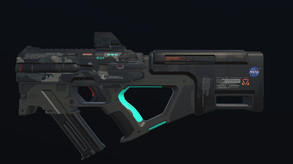 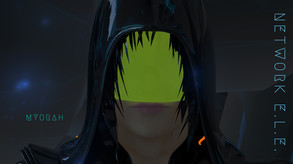 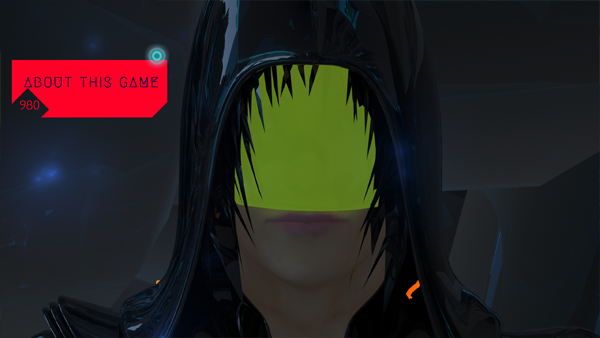 Network E.L.E.™ is an open-world, survival story set on Planet Mercury in 2184, an abandoned city — military base filled with deadly radiation. You play as Myorah, a NASA exploration pilot going after four Mercury-980 single board Space-VPX chips, which activate a dormant spaceship left within the city. You must explore the inner city where time is of the essence. Become a Survivör...At All Cost!

A MERCURY RETROGRADE STORY Become the last survivör of the Mercury-980 exploration program. Your objective is to find your way off planet Mercury. Complete the spaceship access sequence before the radiation in the atmosphere kills you. Explore the military inner city with harsh radiation conditions, as you decide how to get off this inhabitable planet during retrograde.

YOUR MERCURY-980 STORY Abandoned on the closest planet next to the Sun. Three triplet brothers Navin, Resfik, and Mila have all died in a crash. As their sister, a female pilot named Myorah, must escape an empty military base before your oxygen runs out within seven minutes. First, find four Space VPX single-board computer chips that will activate a dormant ship to liftoff. The only problem? Your radiation hardness sensor goes off in 7 minutes.