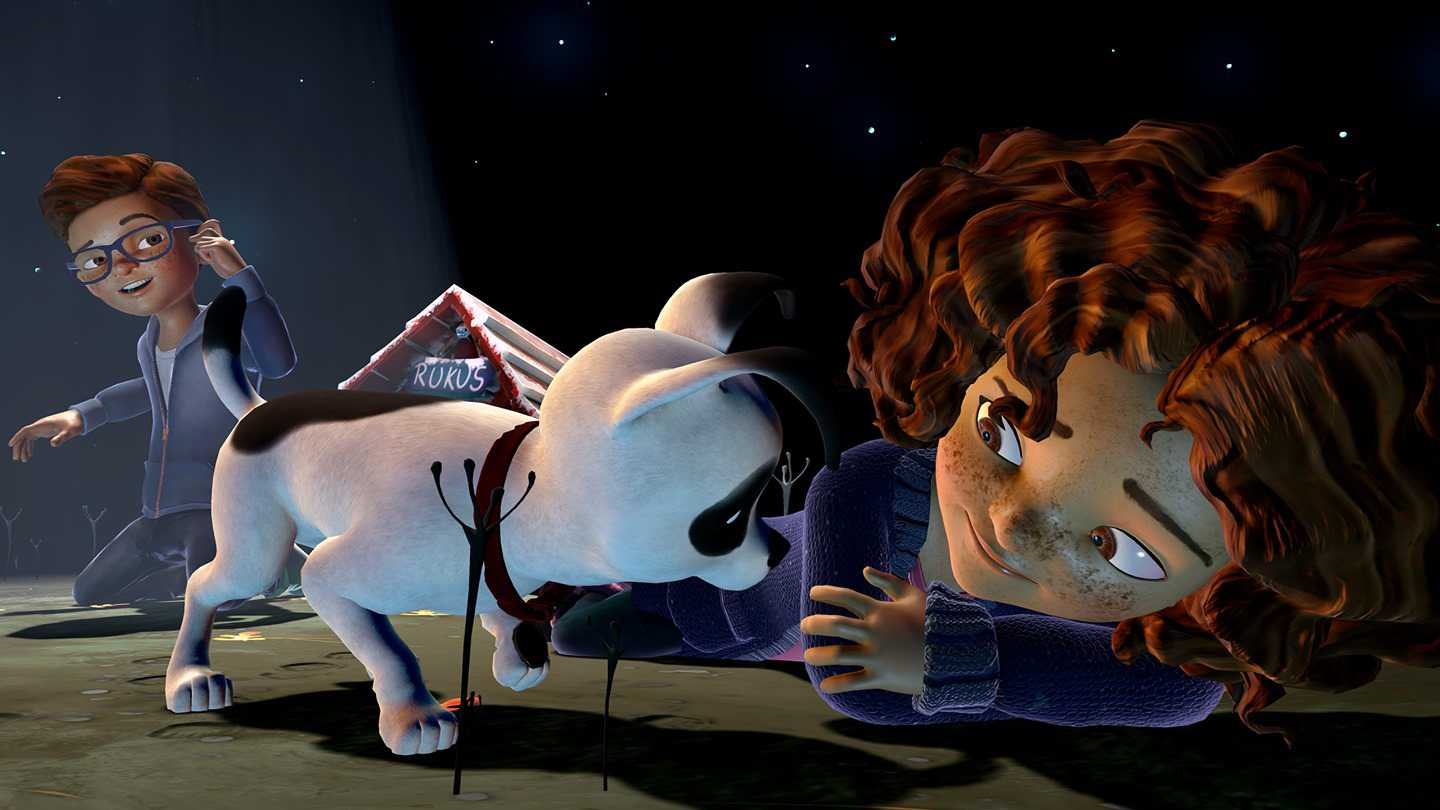 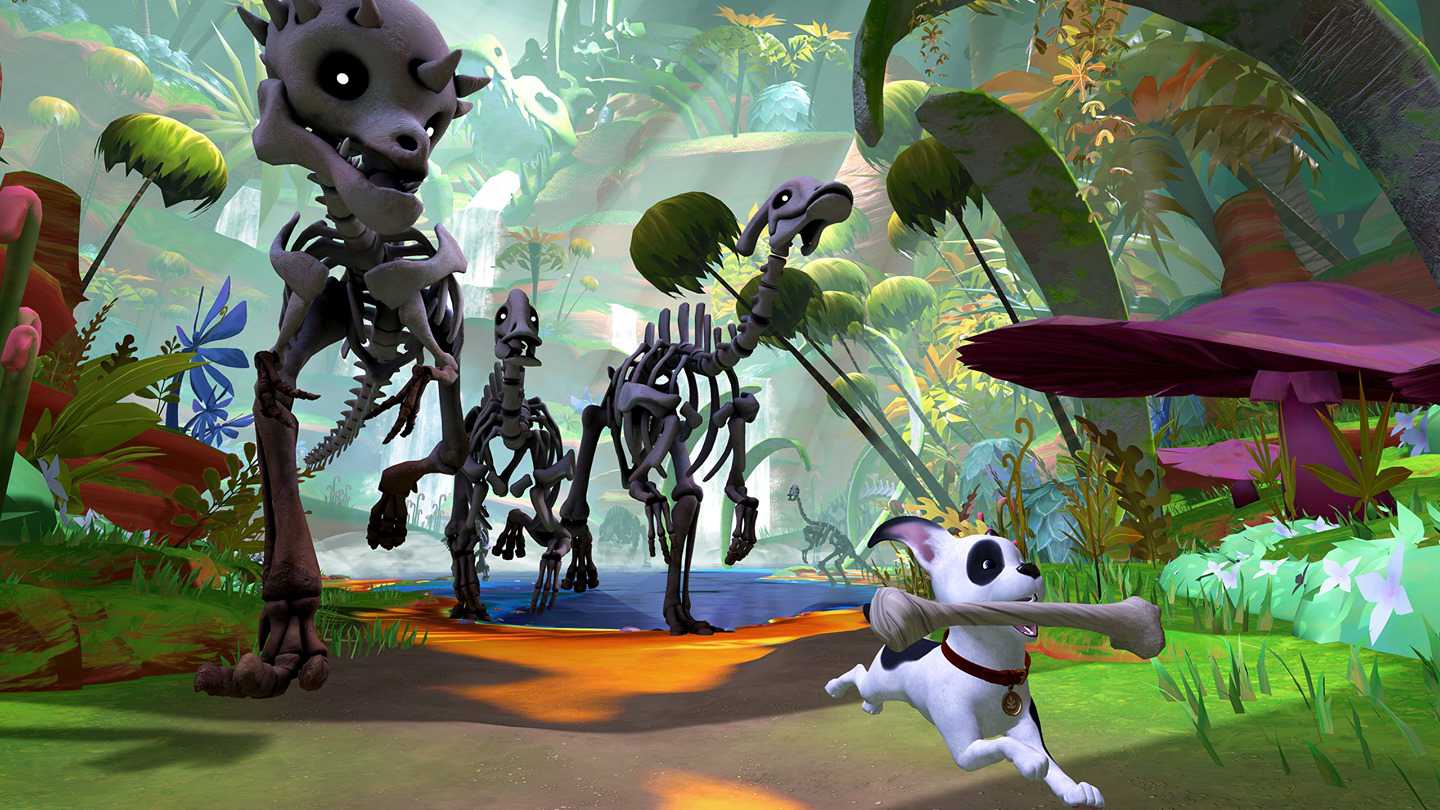 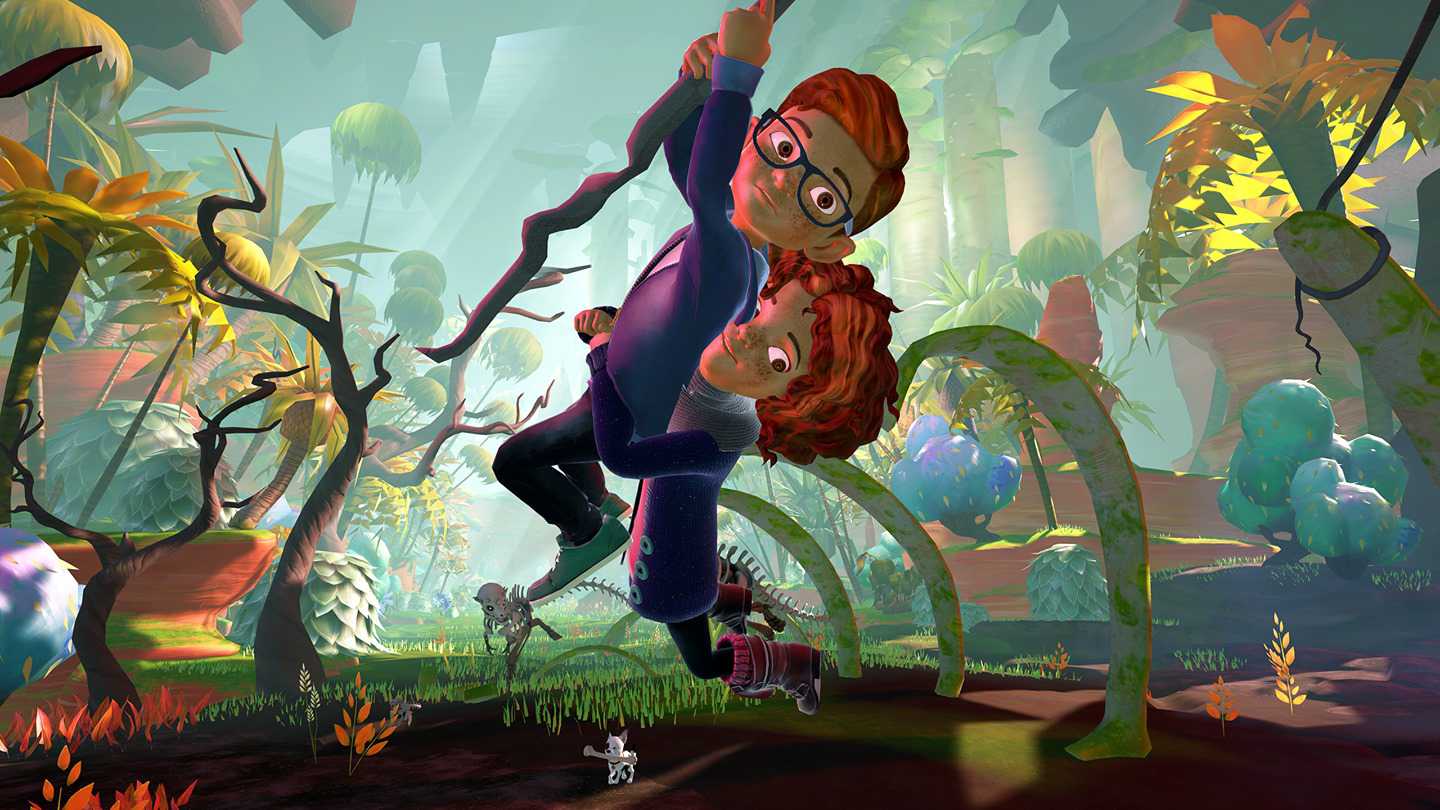 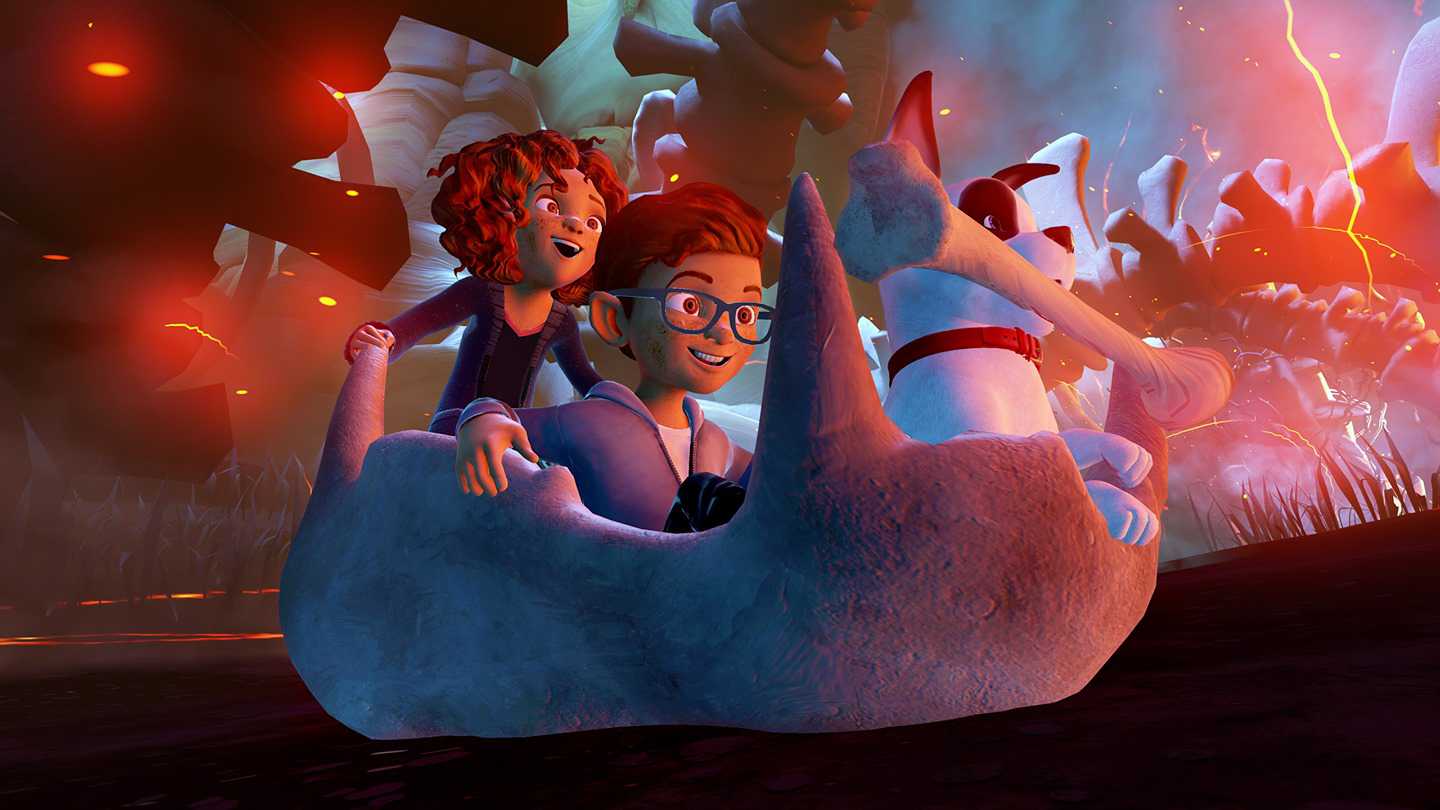 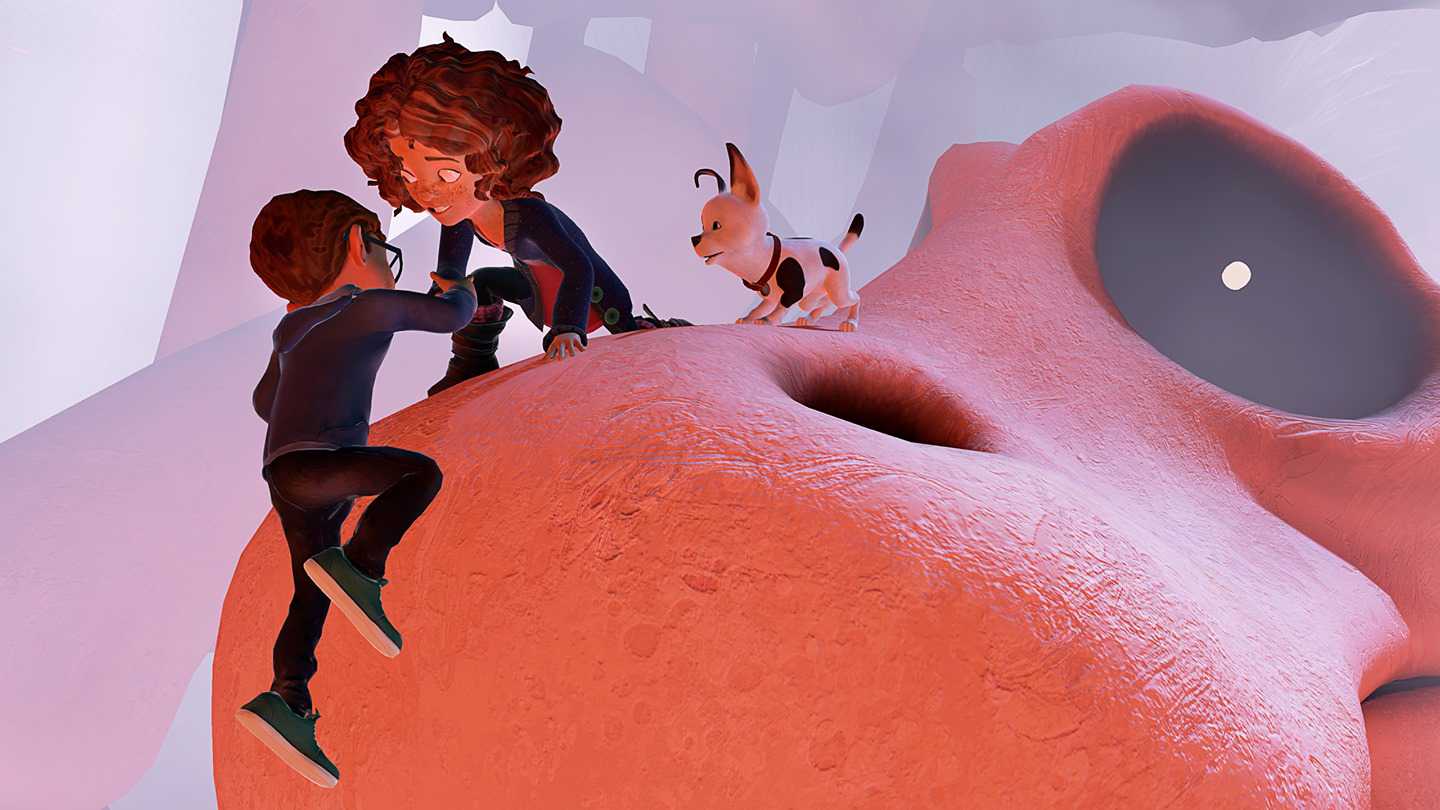 Twins Amy and Jonas just found a dog- or did he find them? Either way, Rukus has a magical secret – he’s about to take them to a whole new world.

Equal parts thrilling, breathtaking, and inspiring, Raising a Rukus is an animated adventure like no other. With cutting edge “branching narratives,” choose which character’s journey you want to follow by a simple gaze with your eyes.

Jump right into magical, rollercoaster journey through a prehistoric world! Come along for the ride with Jonas and Amy as the river propels you, dinosaurs chase you, and Rukus delights you!

Raising a Rukus is the first episode of the groundbreaking new franchise from the Academy Award Winning Production Designer of Avatar and the Director of Maleficent.