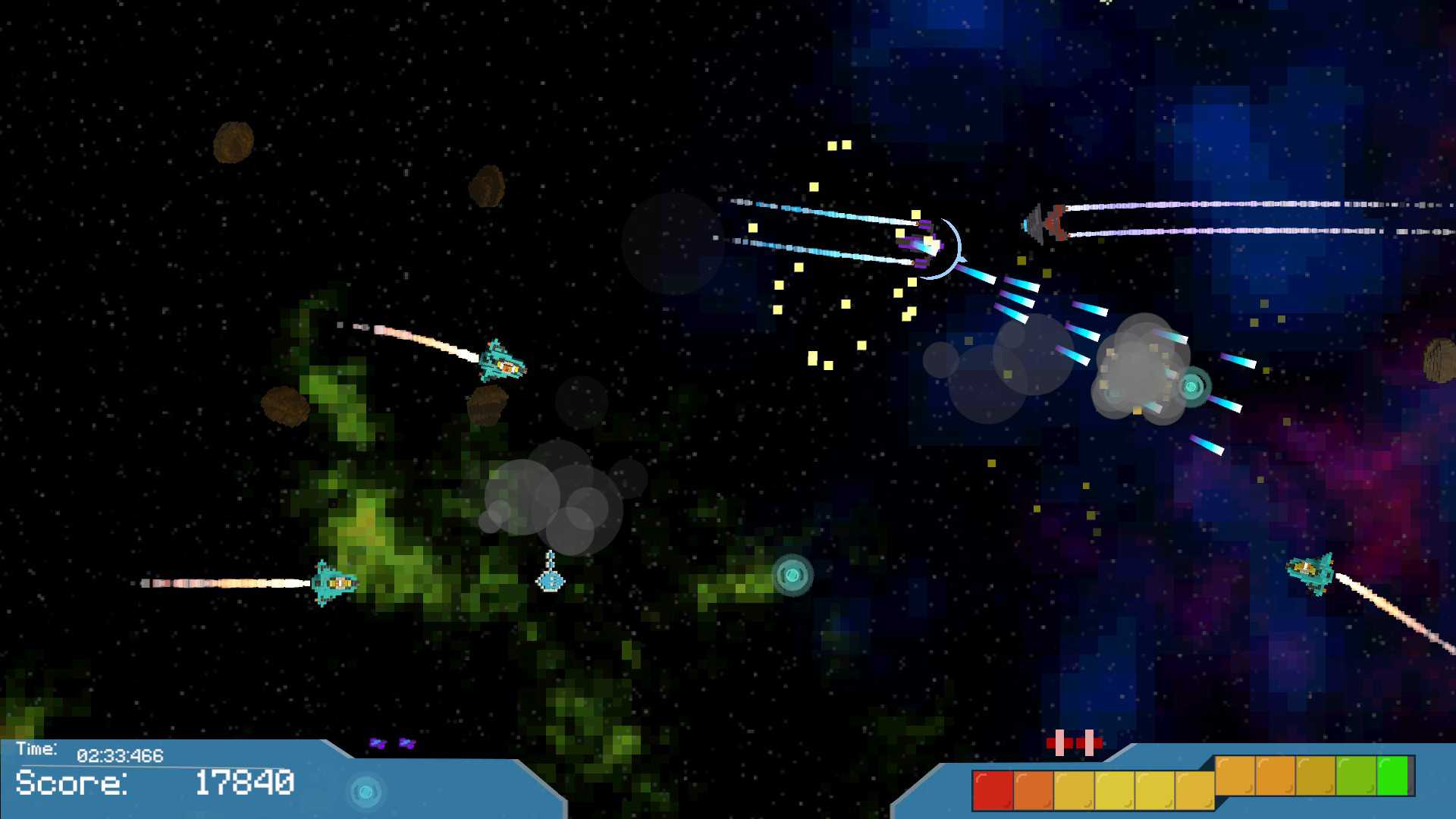 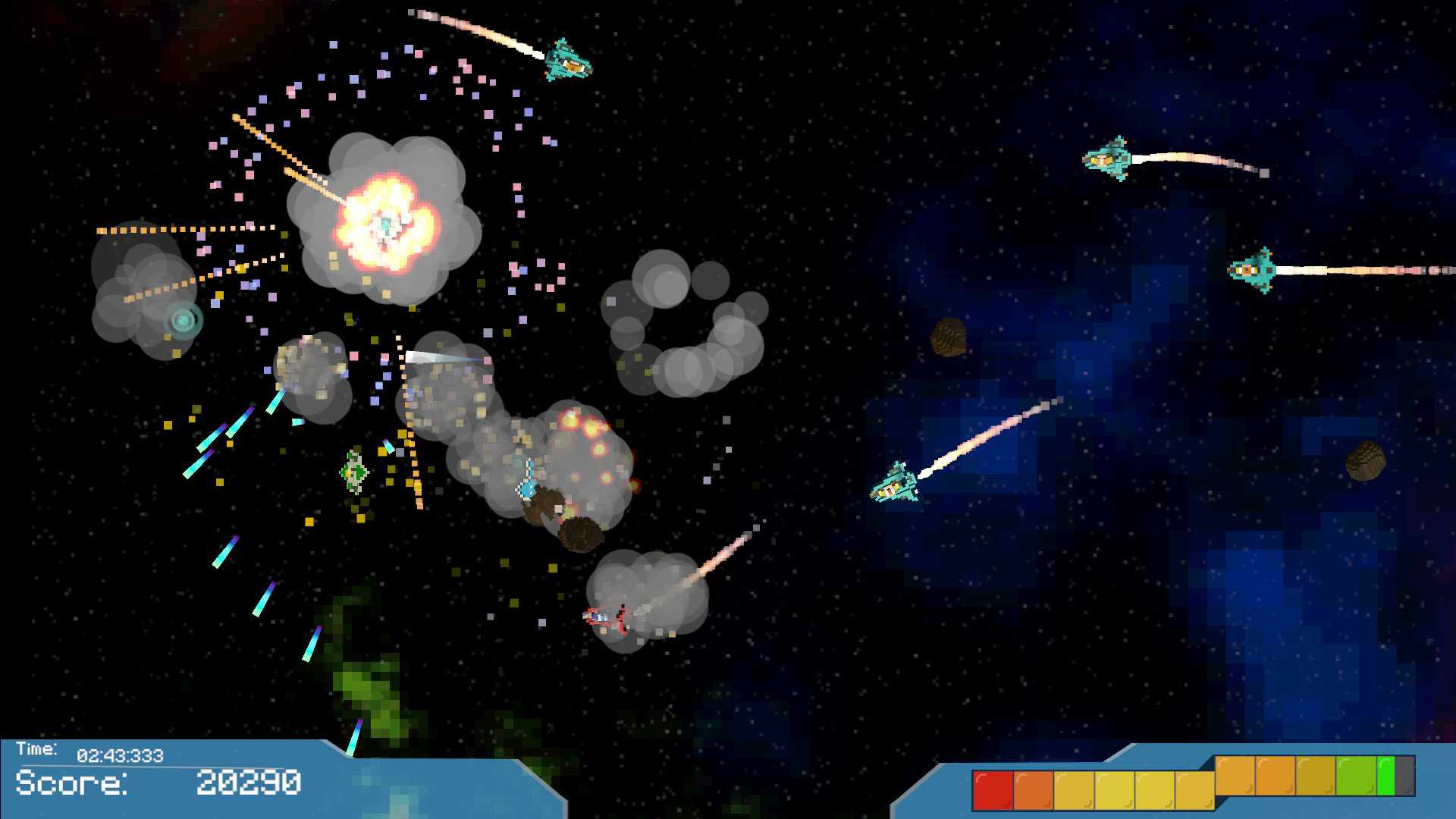 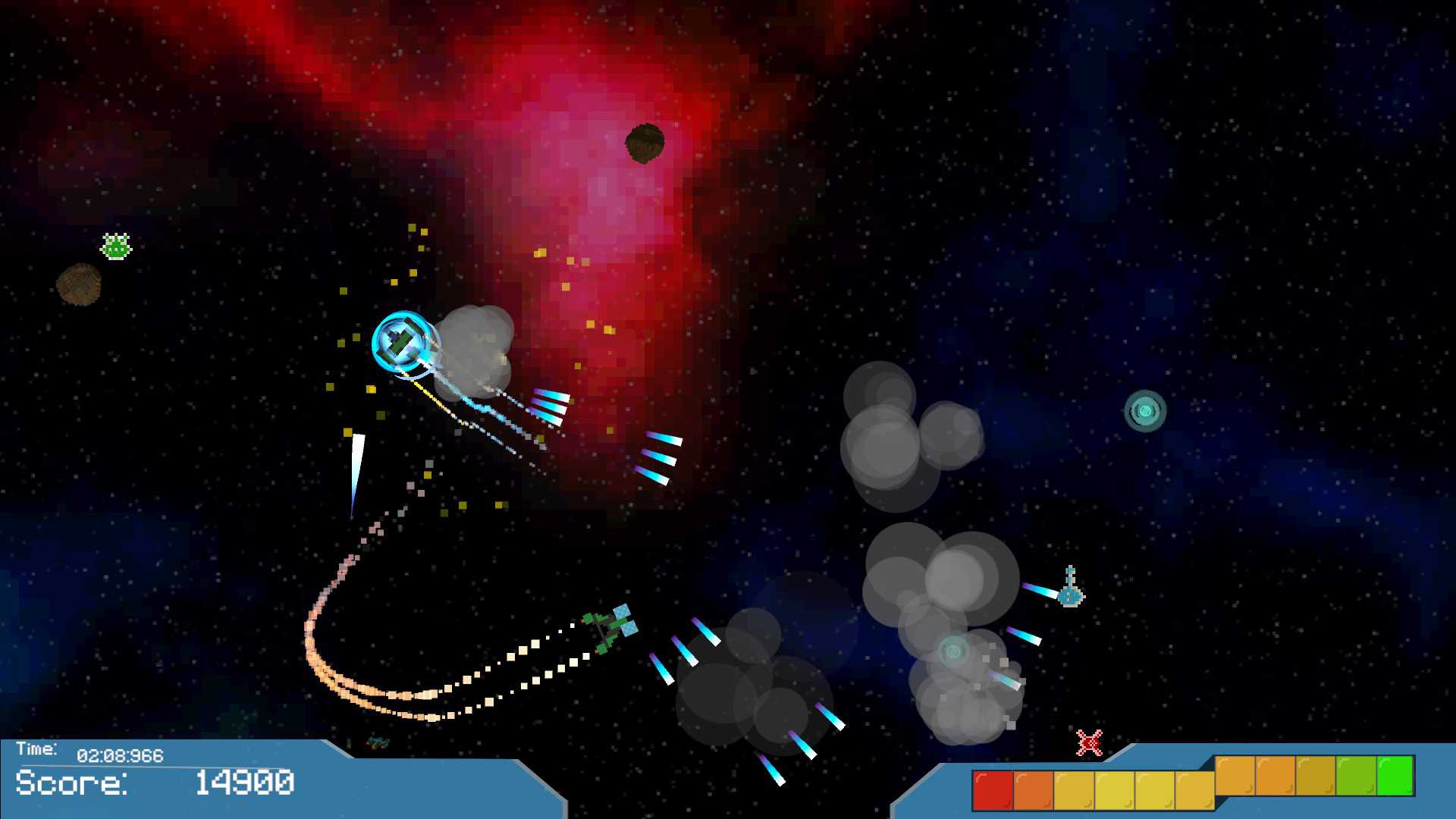 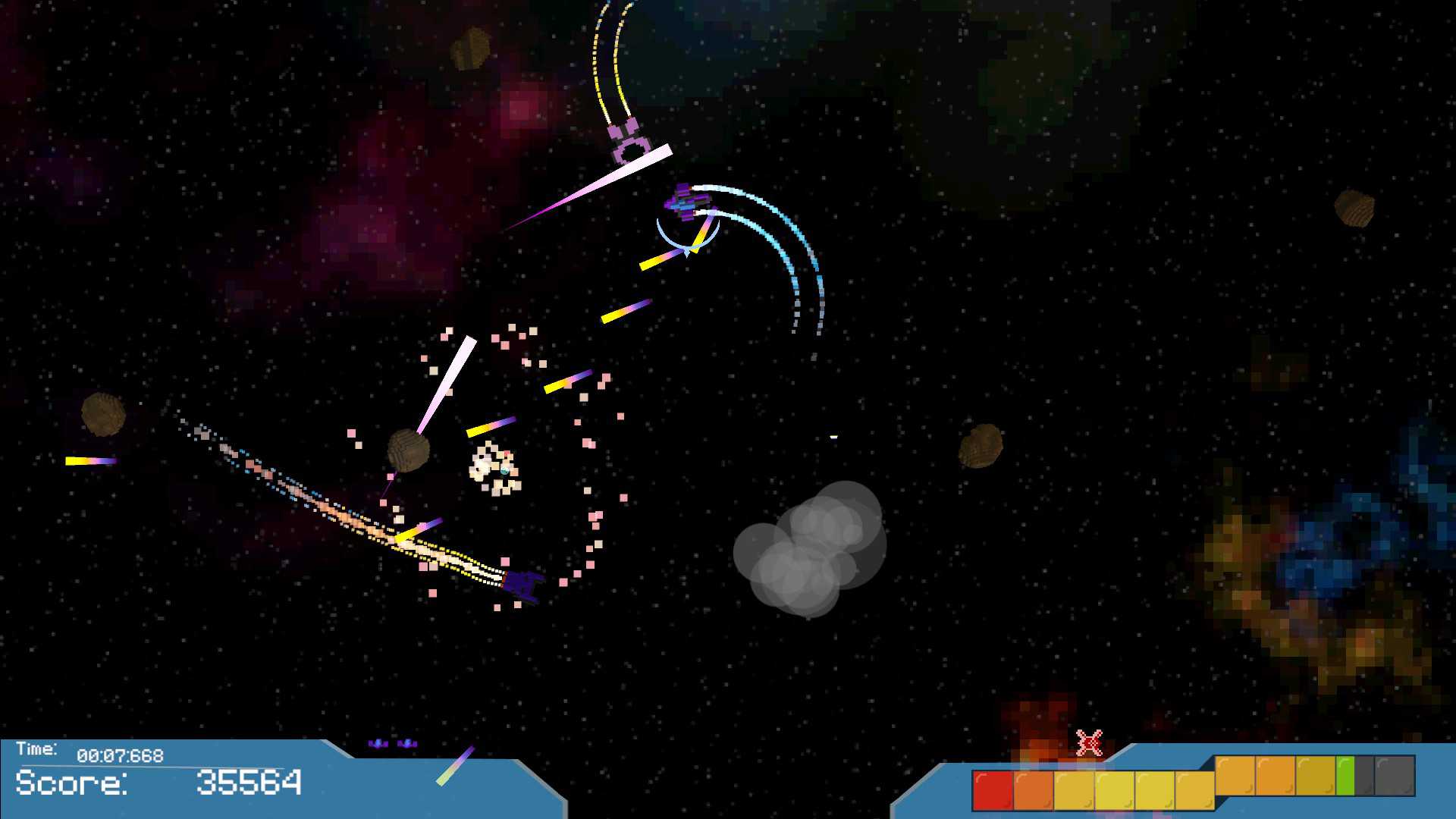 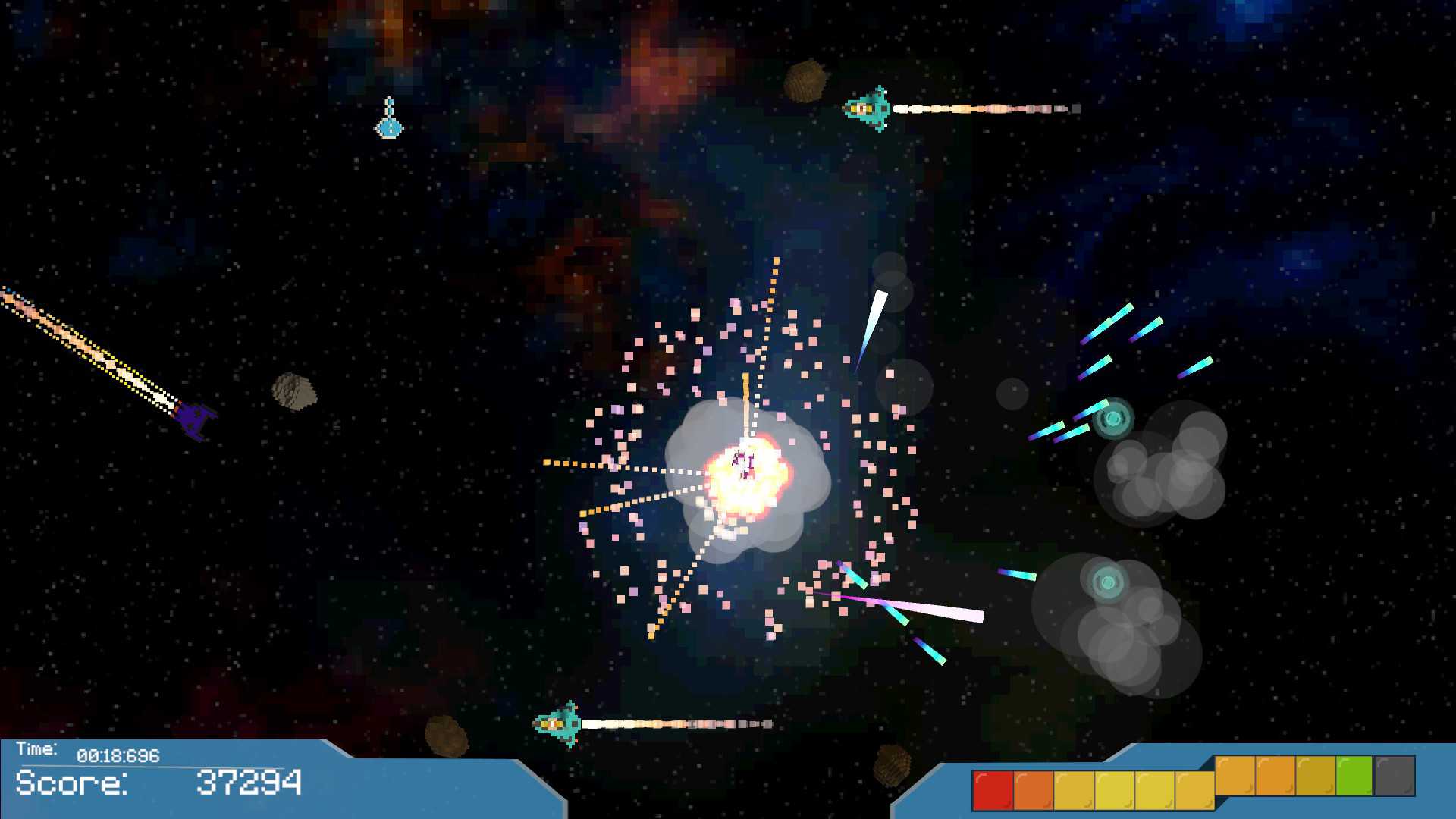 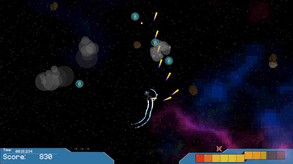 Twin Stick Shooter:
Fly through the cold reaches of space, with only a space blaster and your ship as company. Destory asteroids and other ships to gain fuel and keep going. Use both sticks to move and shoot in different directions. Fast paced action with tight controls and hectic enemies.

Running out of Time:
Flying through space isn't cheap, luckily asteroids are filled with fuel, blast them to keep going and increase your score.

Unlockable Ships:
The higher your score the closer you get to unlocking new ships, each ship is unique with its own stats and behavior.

Arcade Gameplay:
Try to beat your highscore, your friends highscore, or the world highscore.