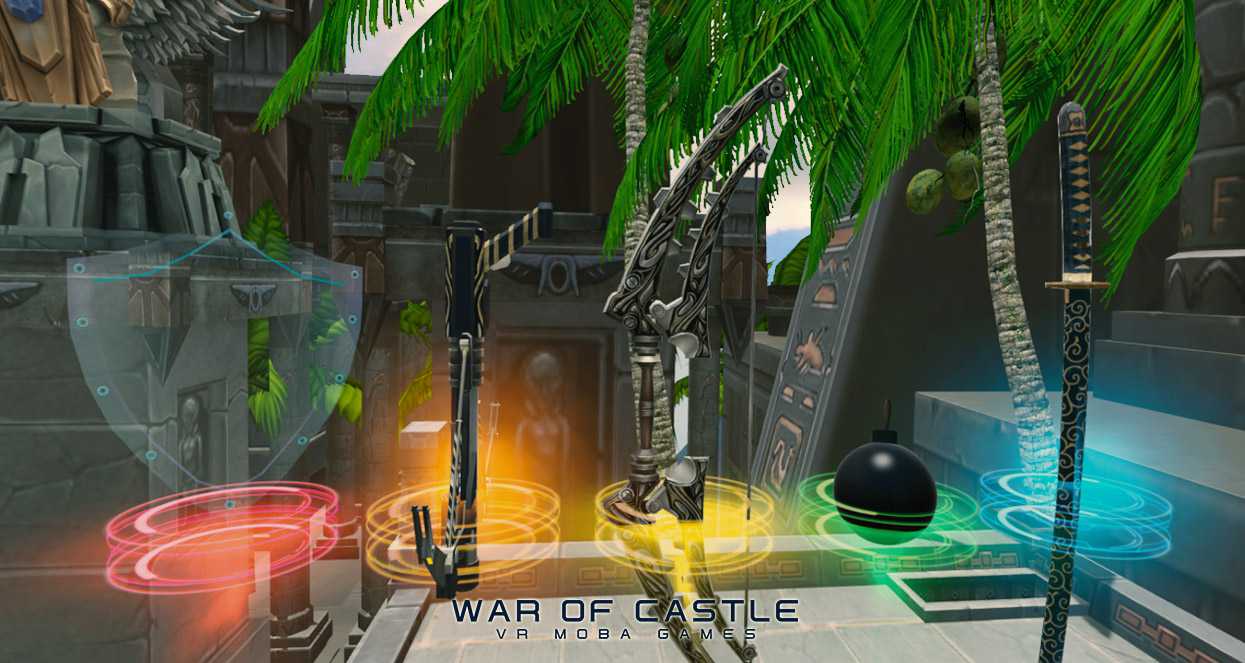 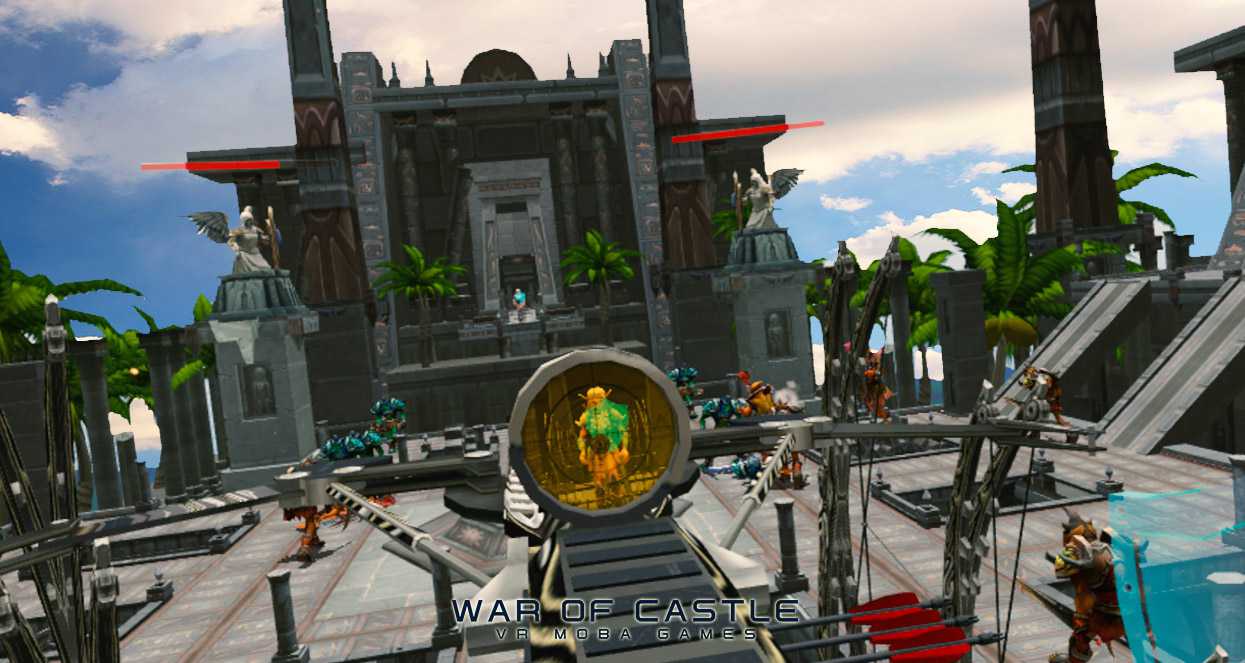 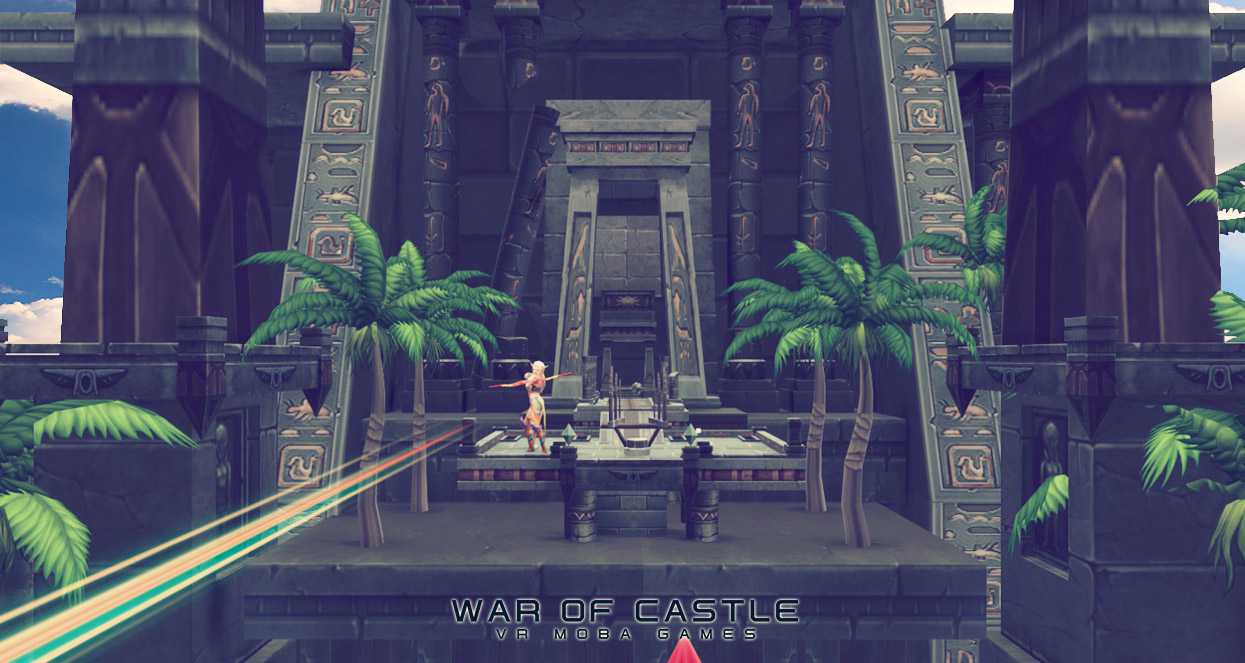 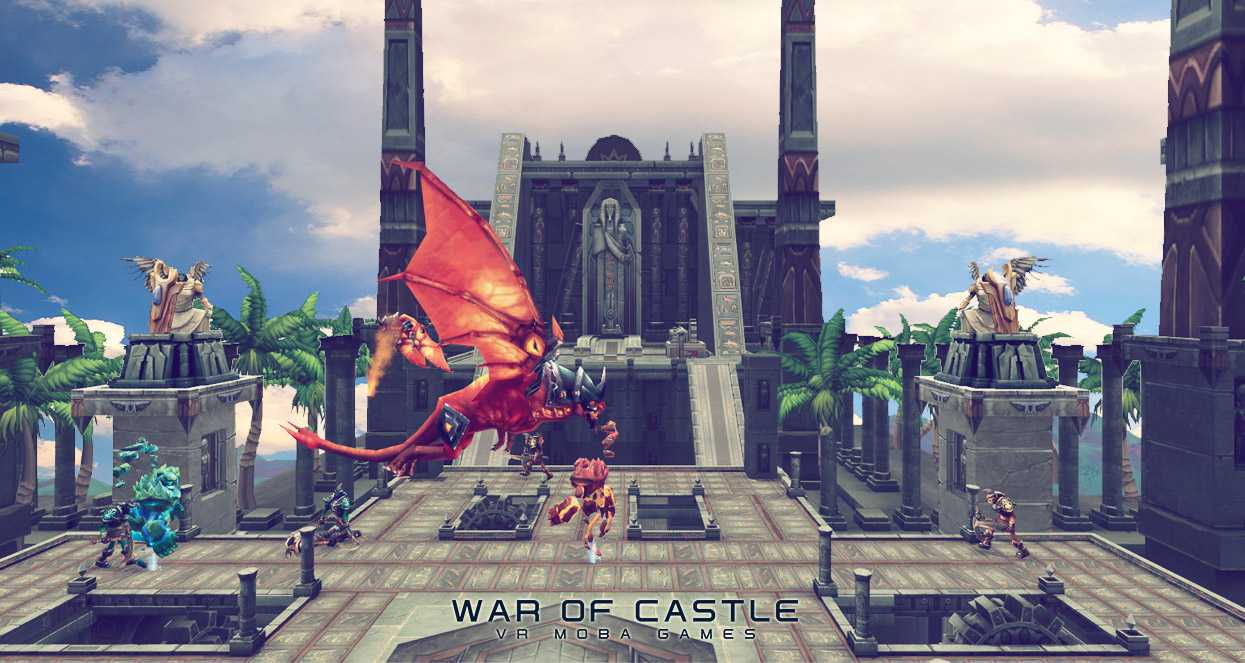 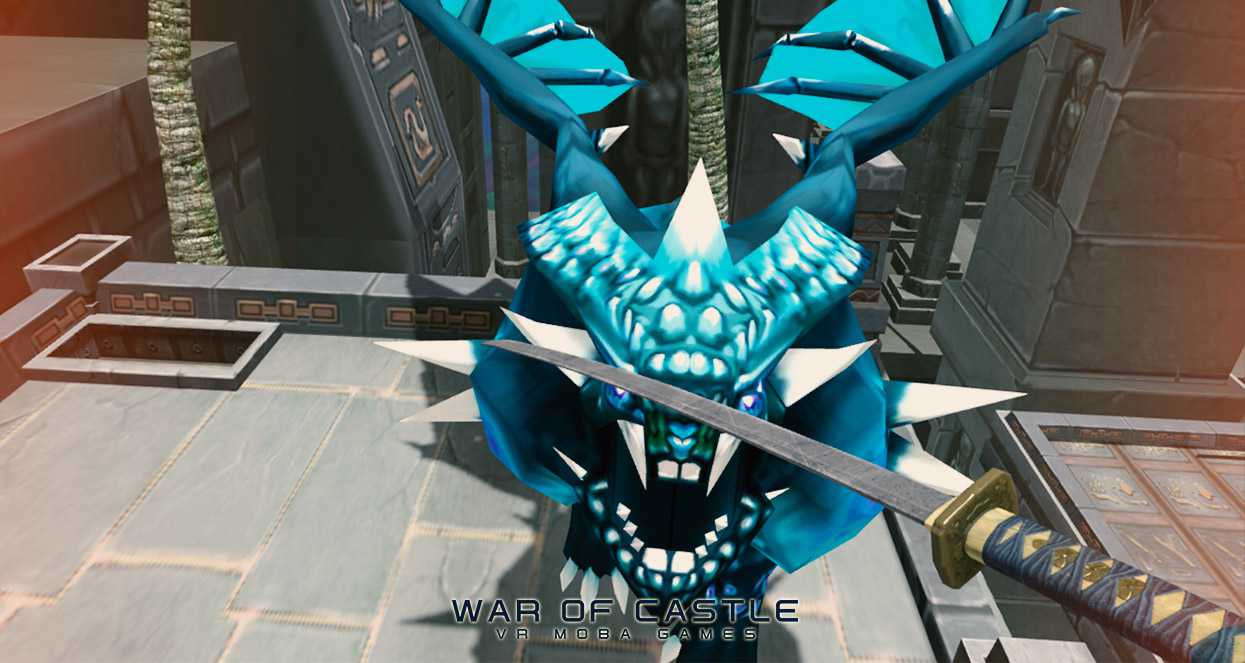 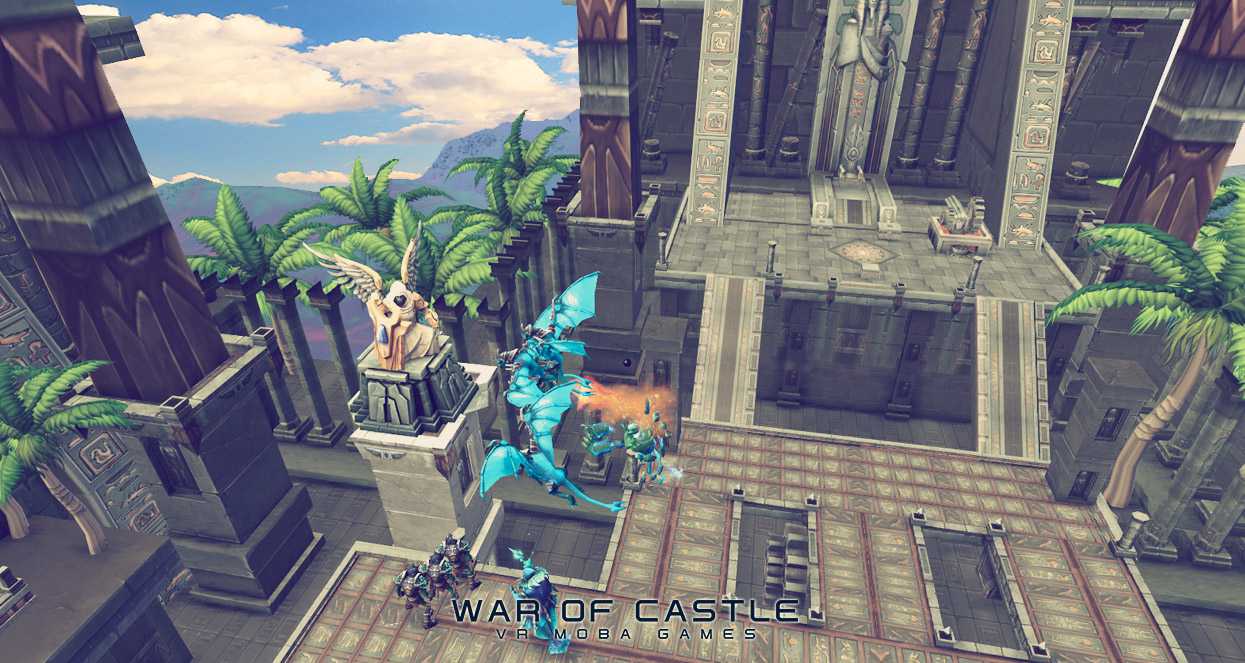 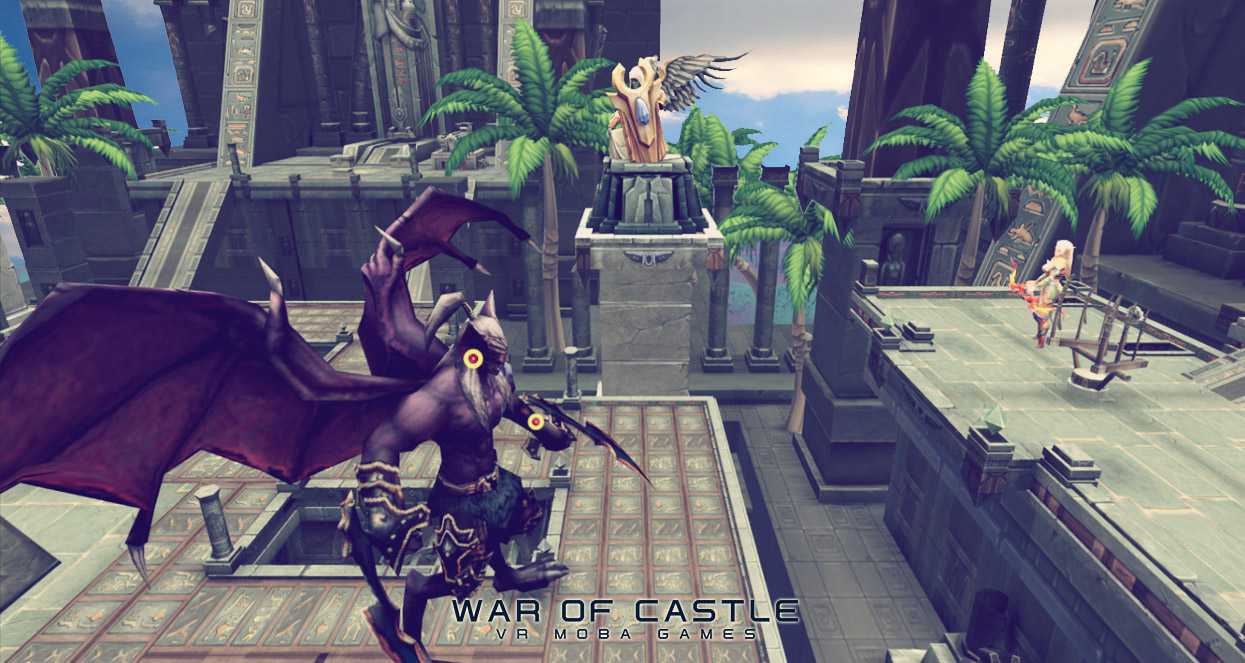 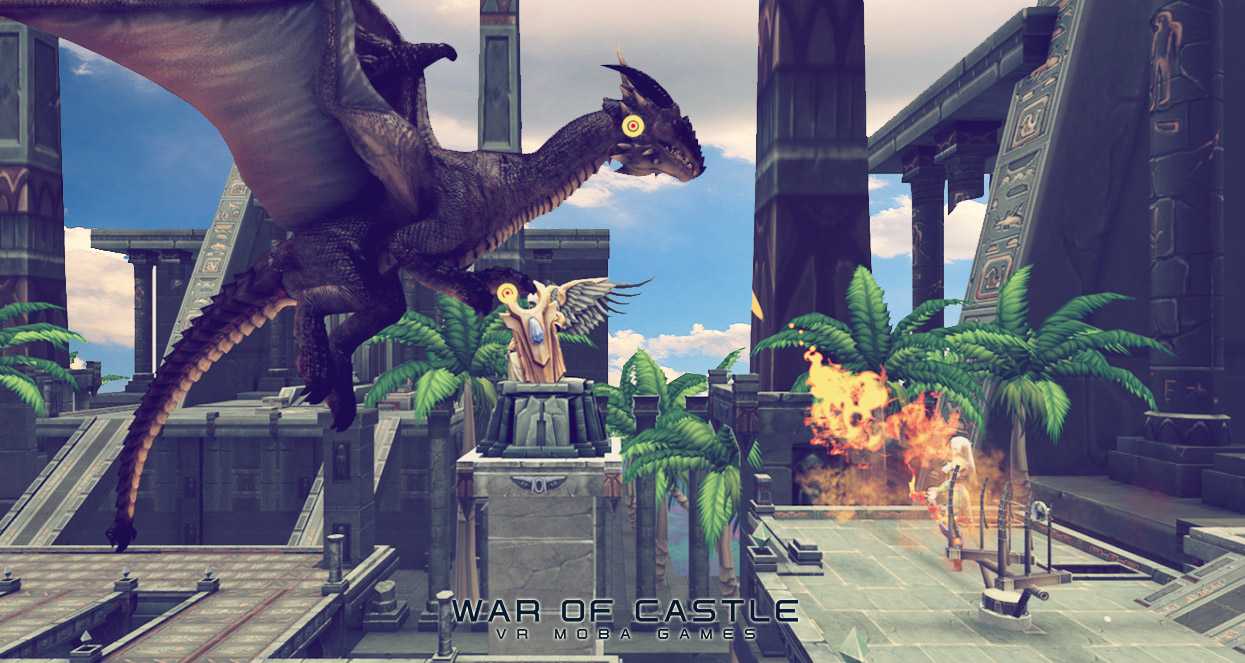 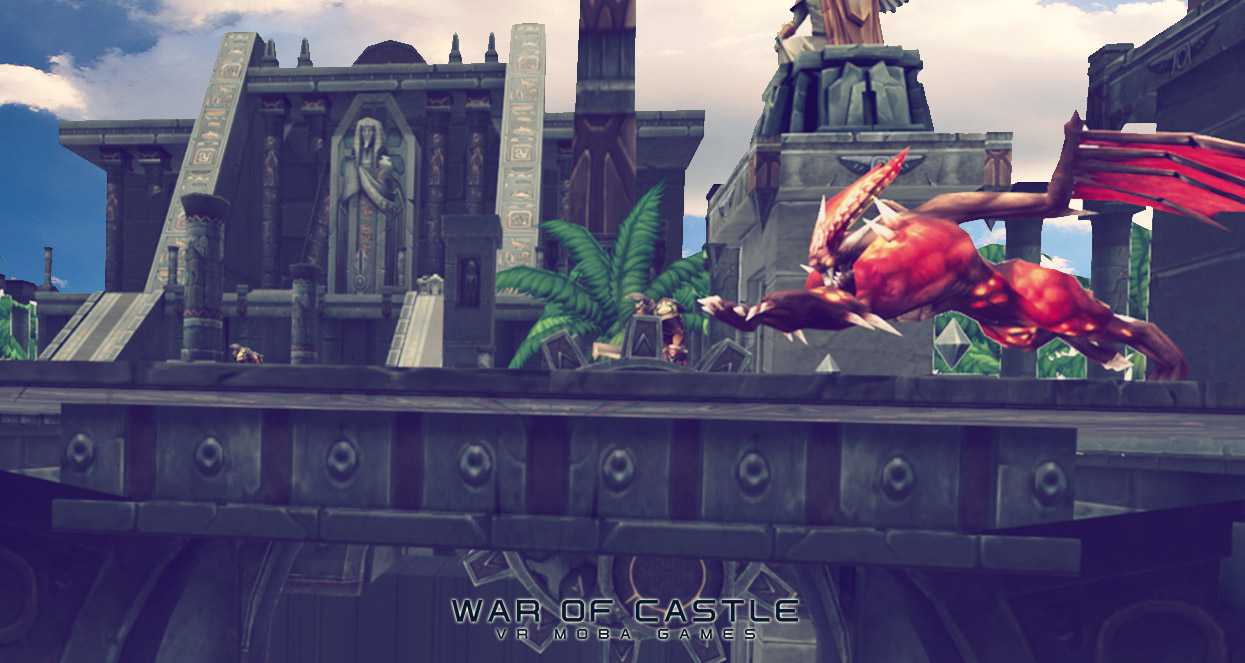 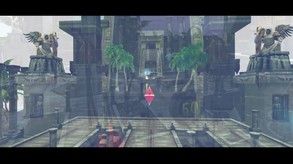 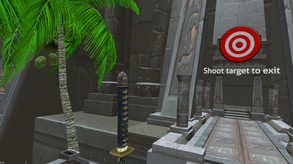 “War of Castle VR” is a multi-player MOBA VR game.You can fight against computer AI or other players. Unlike traditional games of this genre, it delivers a more realistic battle experience and deeper interaction. Its highly-immersive gaming environment and intense battles puts players directly onto the combat zone.

As the hero, you will use various weapons to attack the enemy’s Guard Tower, troops and heroes. Use the Ballista to quickly destroy the enemy Guard Tower blocking your path. Destroy two towers to score a victory

Several neutral bosses will be refreshed at regular times throughout the game. They possess distinct, powerful skills to attack on a large scale. You can capture these bosses and use them to attack the enemy’s troops and hero. Seizing the control of these bosses at the right time may reverse the battle outcome.

Bow is a two-handed weapon. All other weapons can be used while wielding a shield.