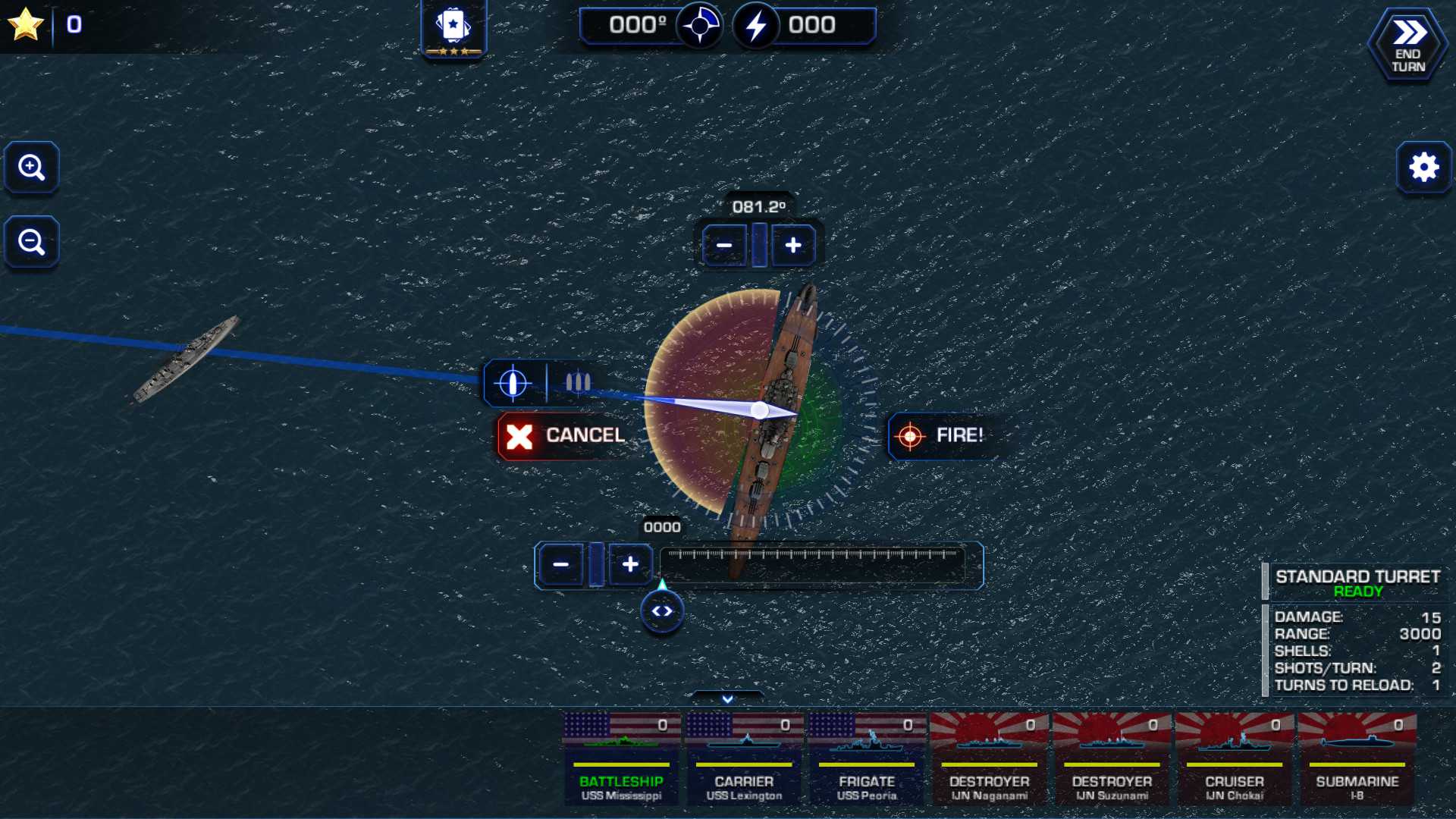 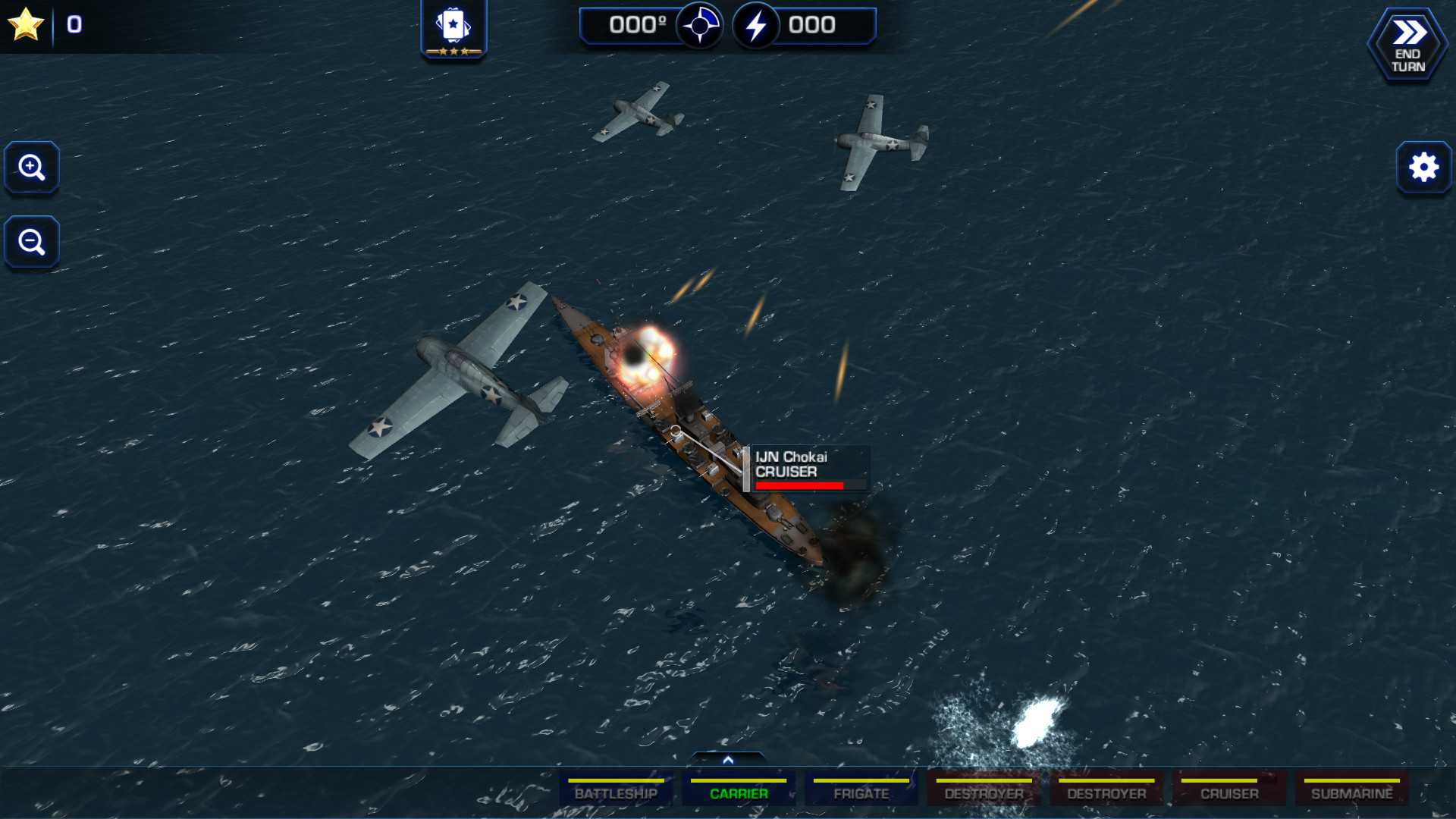 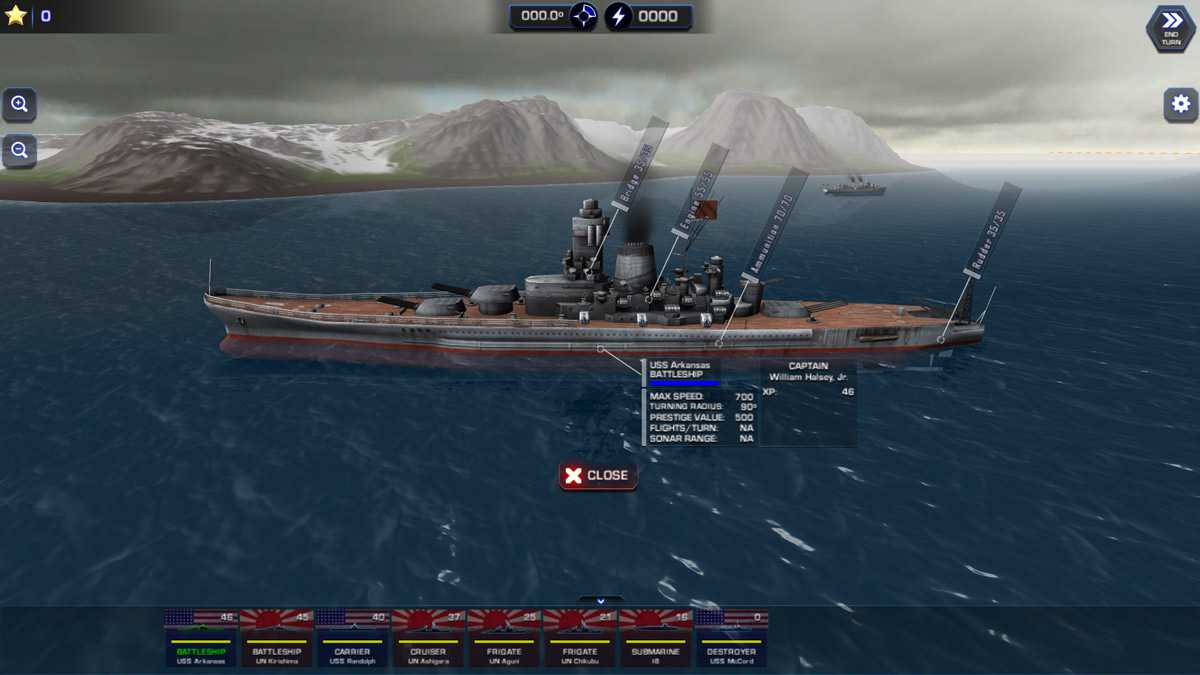 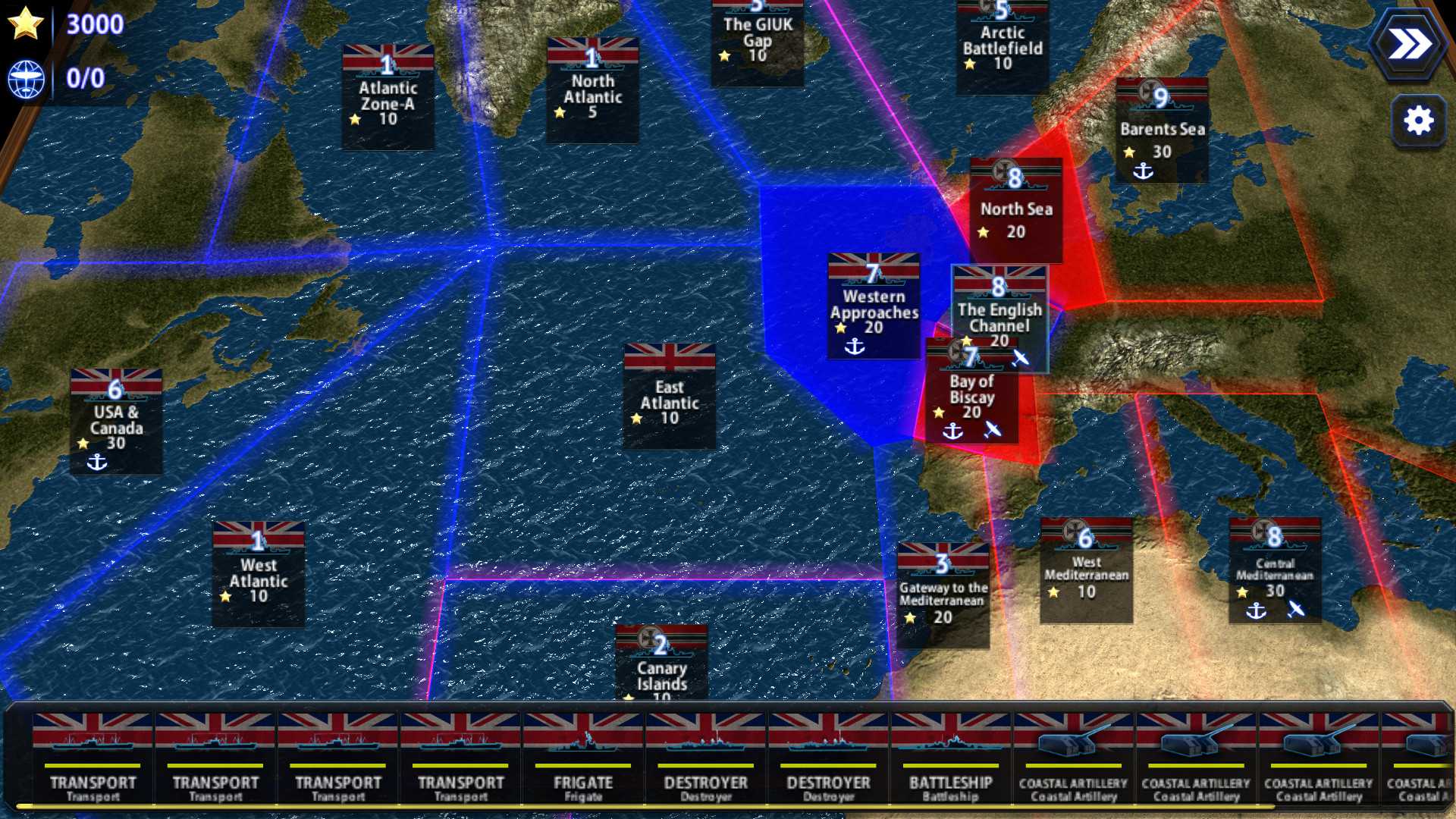 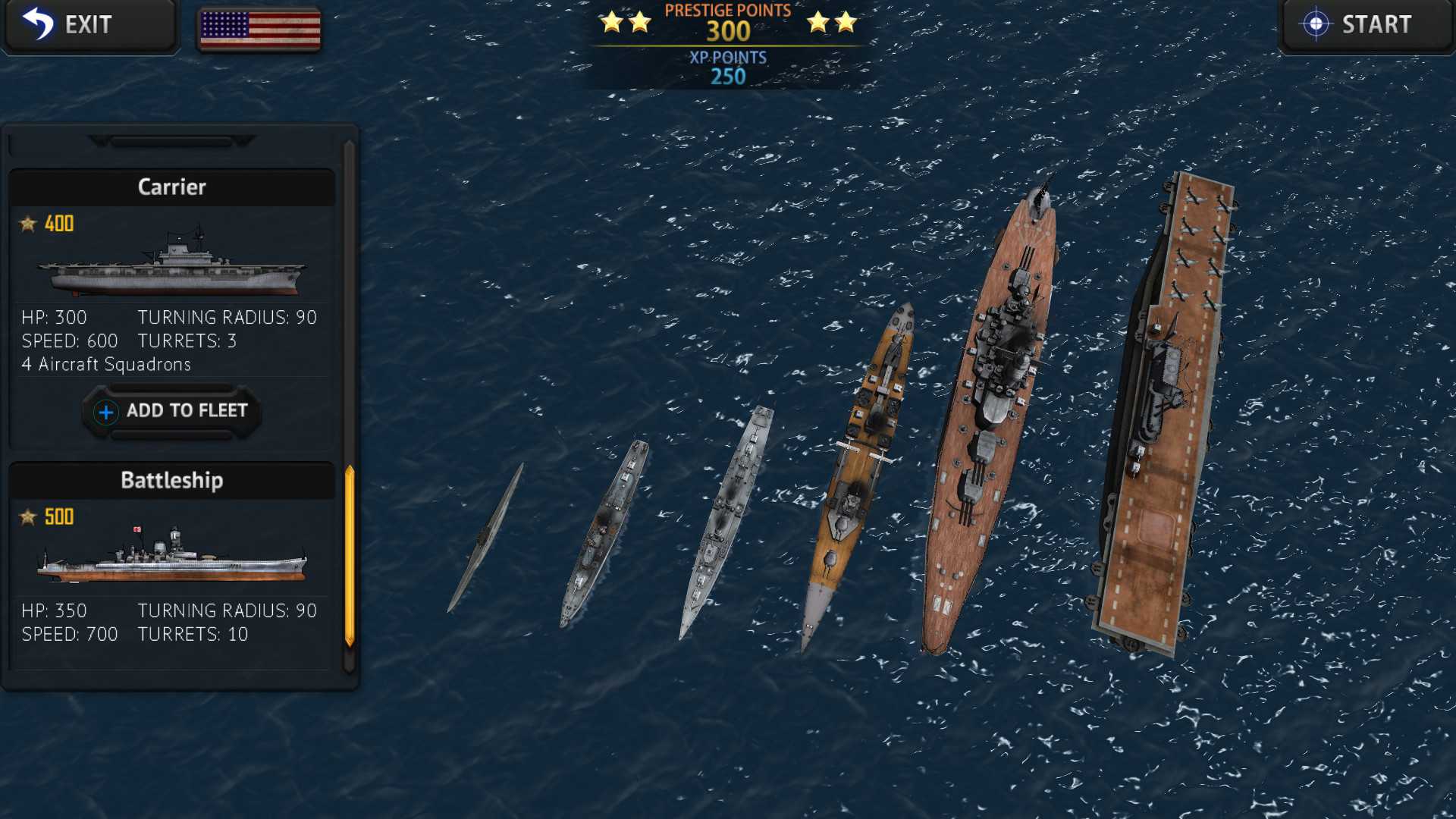 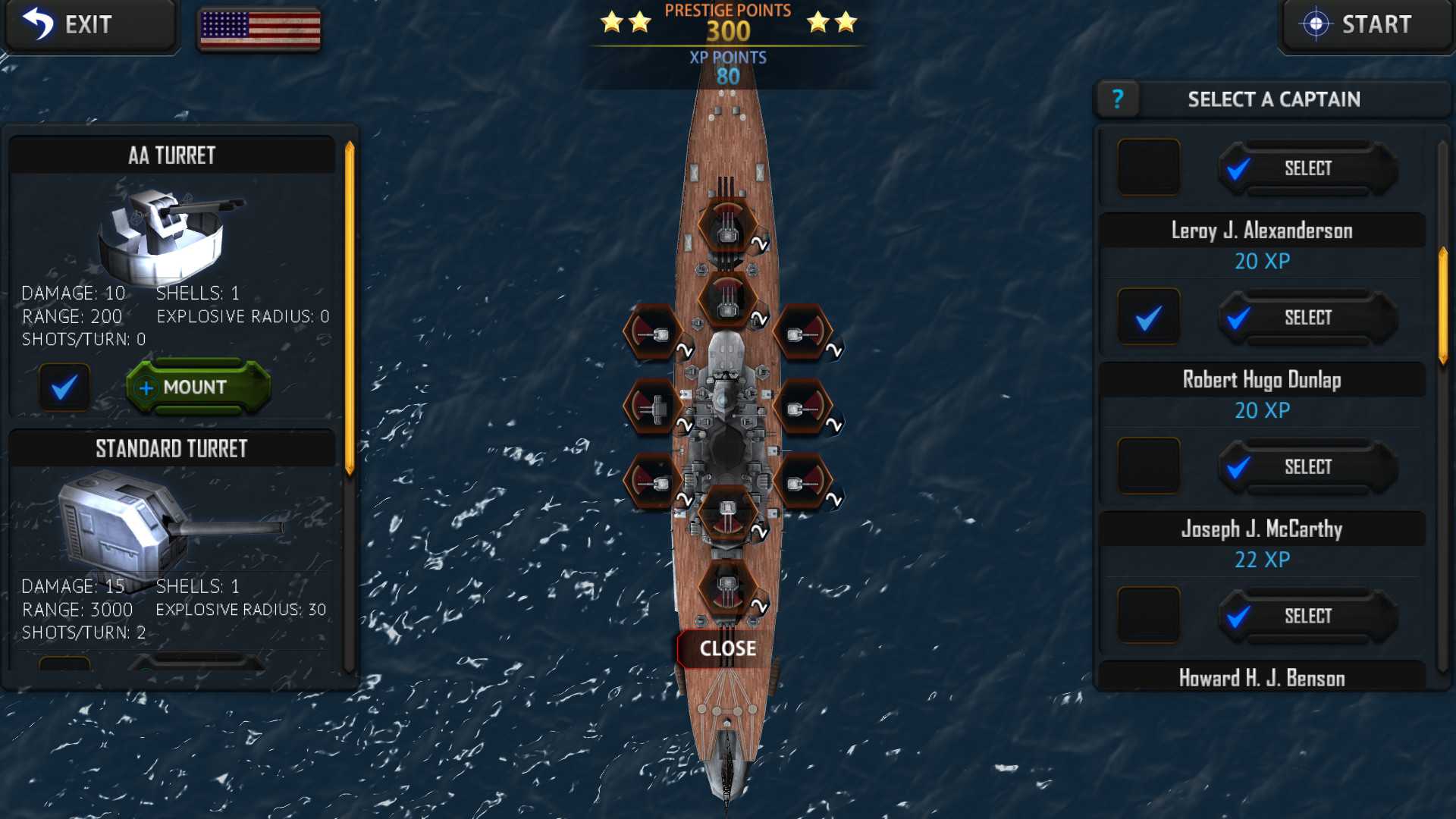 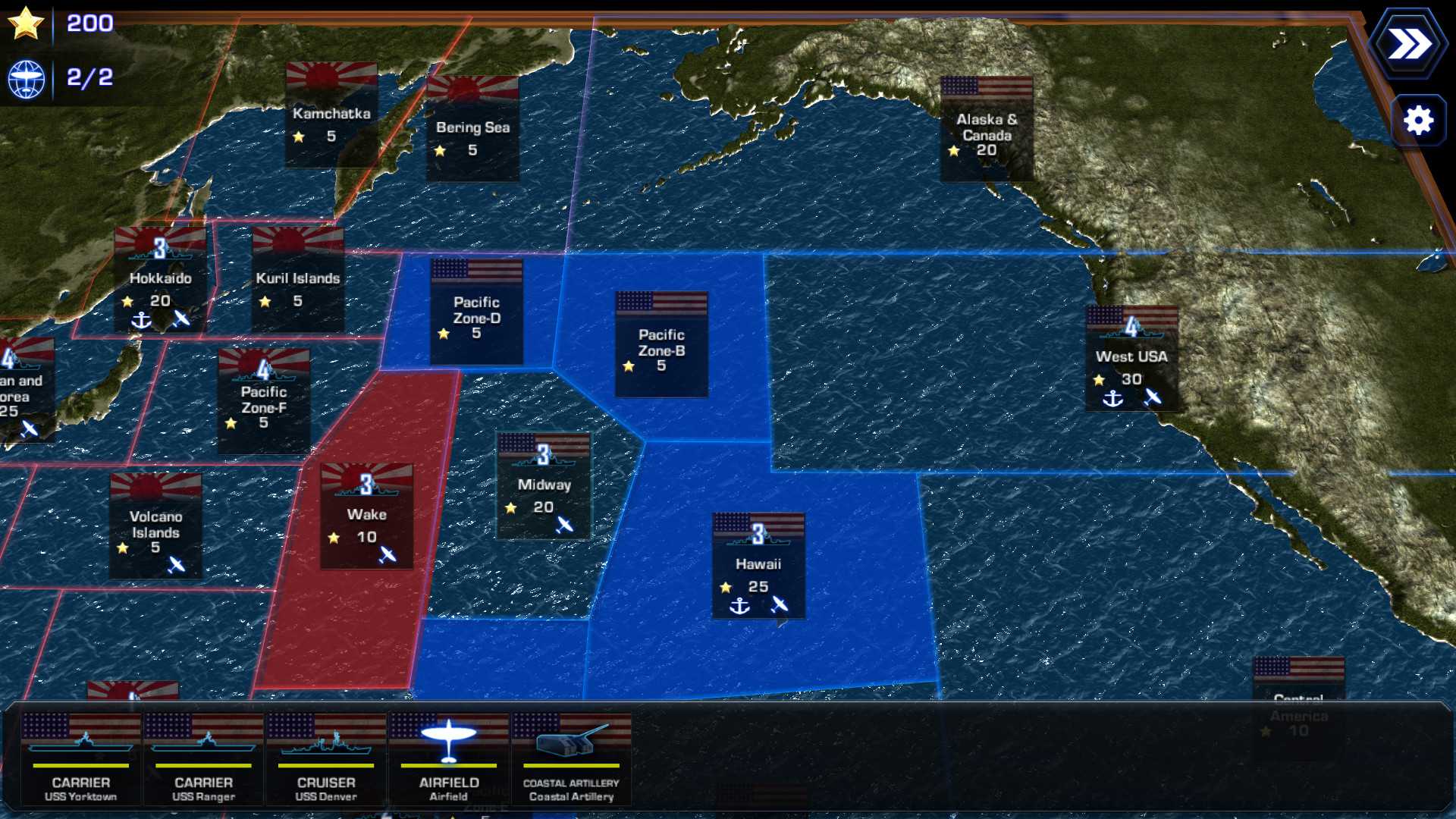 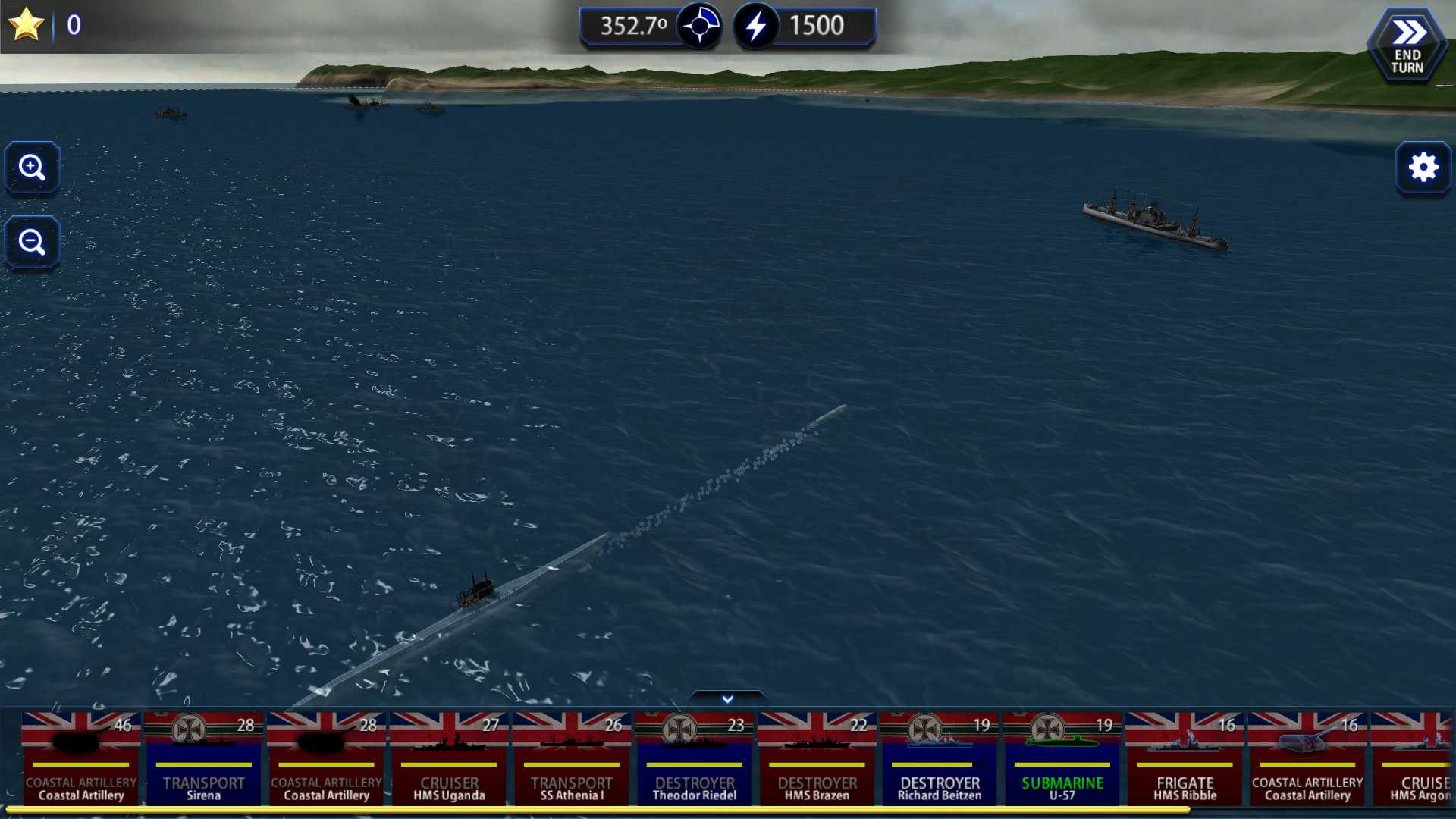 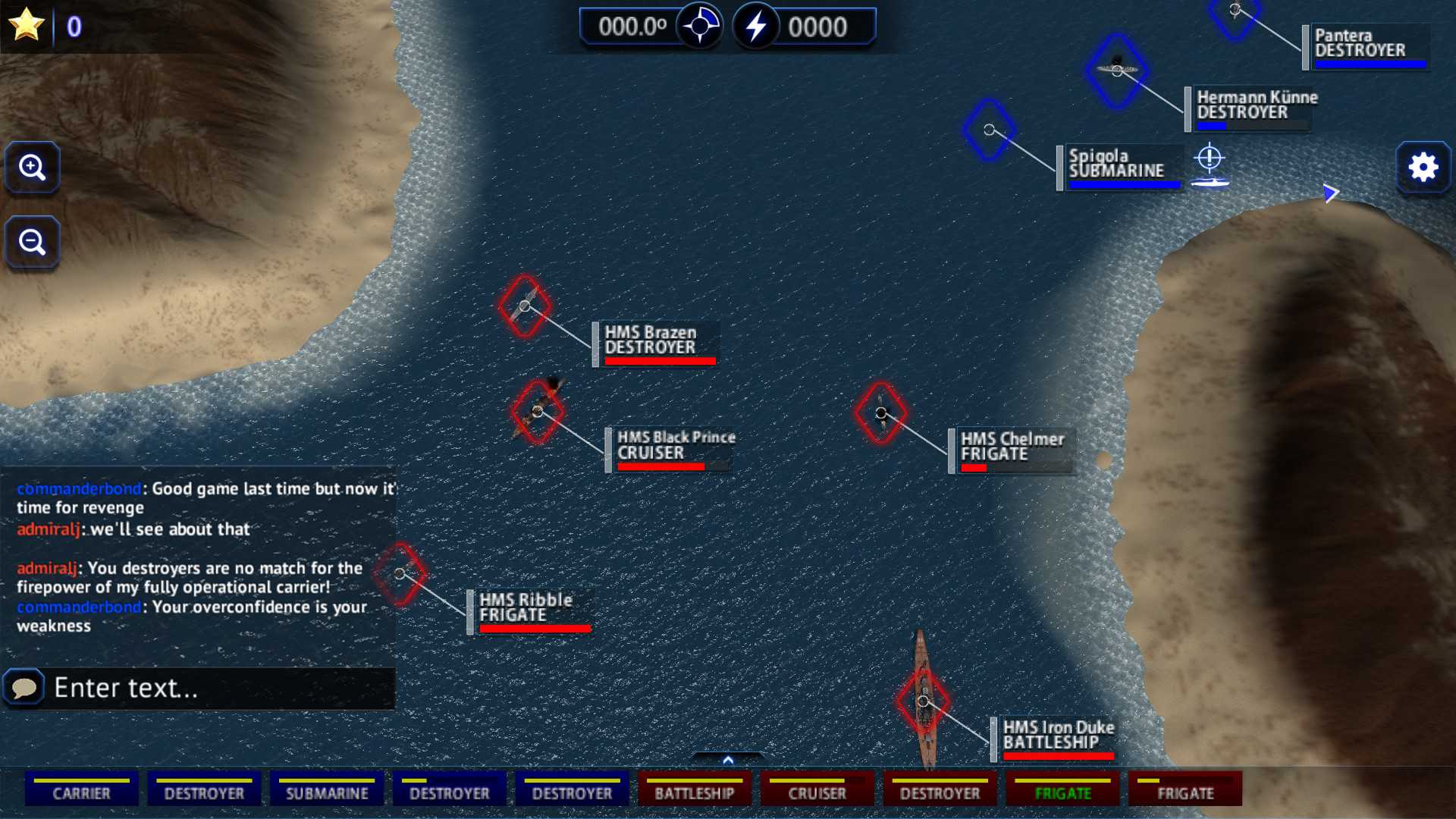 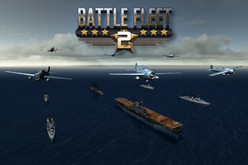 Your mission is to select a fleet of warships, arm them by selecting their weapons, assign captains and destroy the enemy fleet. You'll have complete control of this mission, all the way down to what angle and how much power should be put into each shot. Battle Fleet 2 is at your command, Admiral!

Battle Fleet 2 is the radically improved sequel to the original and has kept the “Worms” / “Scorched Earth” style angle+power mechanic, but now features full 3D modeling of terrain, ships, and ship hit locations. Hit the the engines and cripple the enemy's maneuverability, or aim for the command center and disable the ship for an entire turn. Ships are more realistic in which weapon compliments they can carry, and aiming/firing, as well as moving, is more intuitive. Battle Fleet 2 also now features Fog of War, allowing for stealth tactics and surprise attacks to be a viable strategy as well as adding the importance of using ships and aircraft for recon as well as attacks. With a full featured campaign and a variety of single play scenarios, Battle Fleet 2 will keep even the saltiest of sea-dogs satisfied.

VR Support
Battle Fleet 2 has full VR support allowing you to play the entire game in VR and even battle against friends who are playing on desktop. The VR support is experimental so please report any issues you find and we will continue to improve the VR interactions and features.