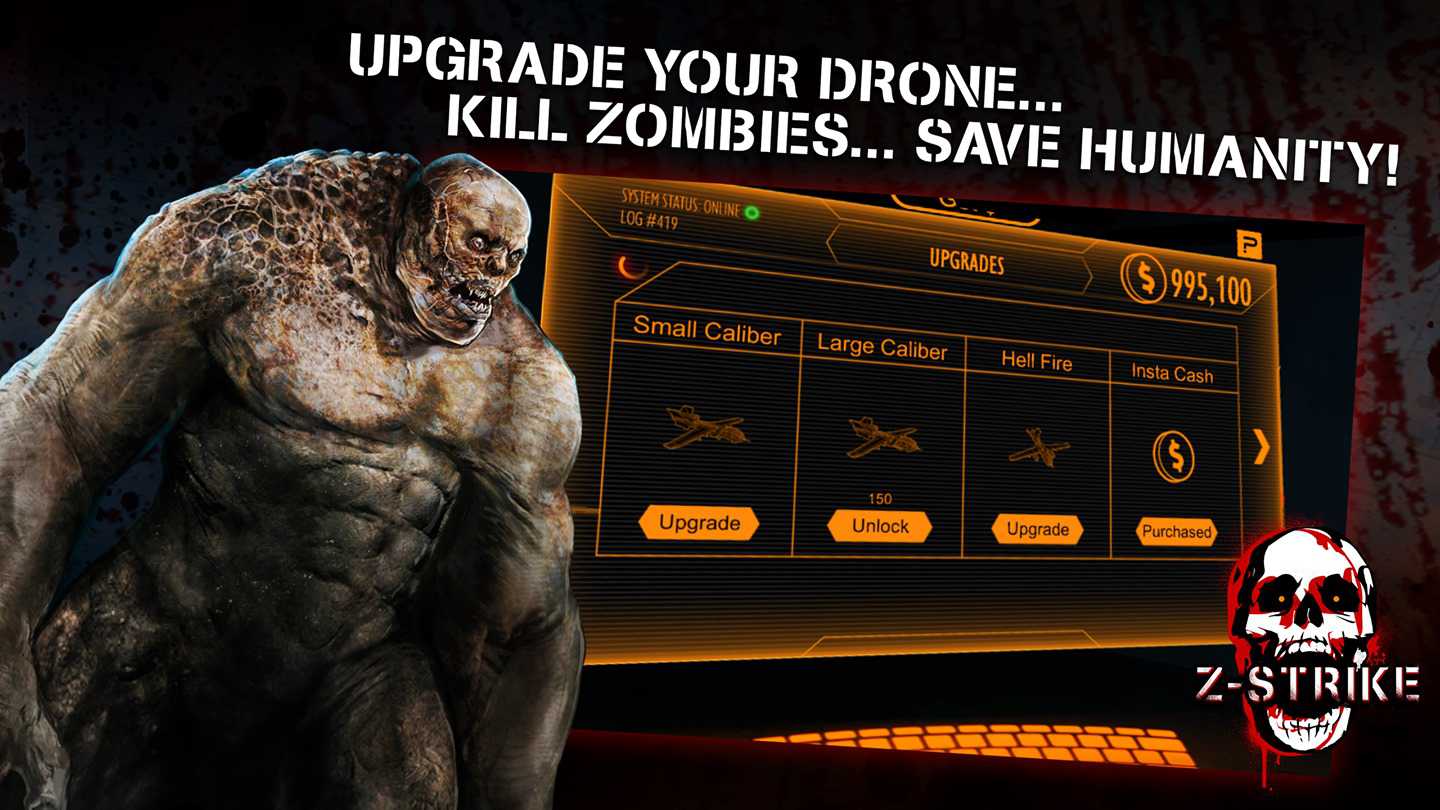 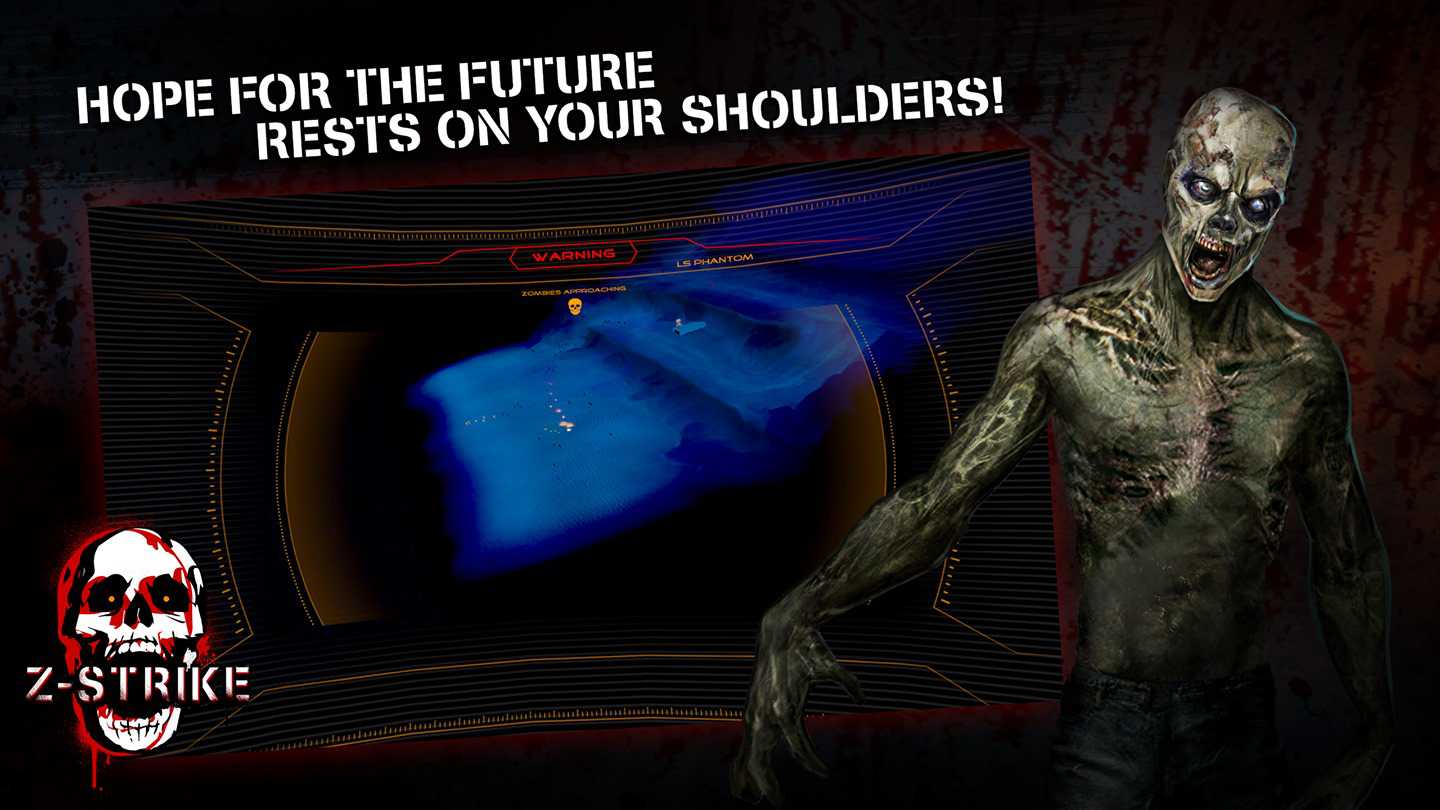 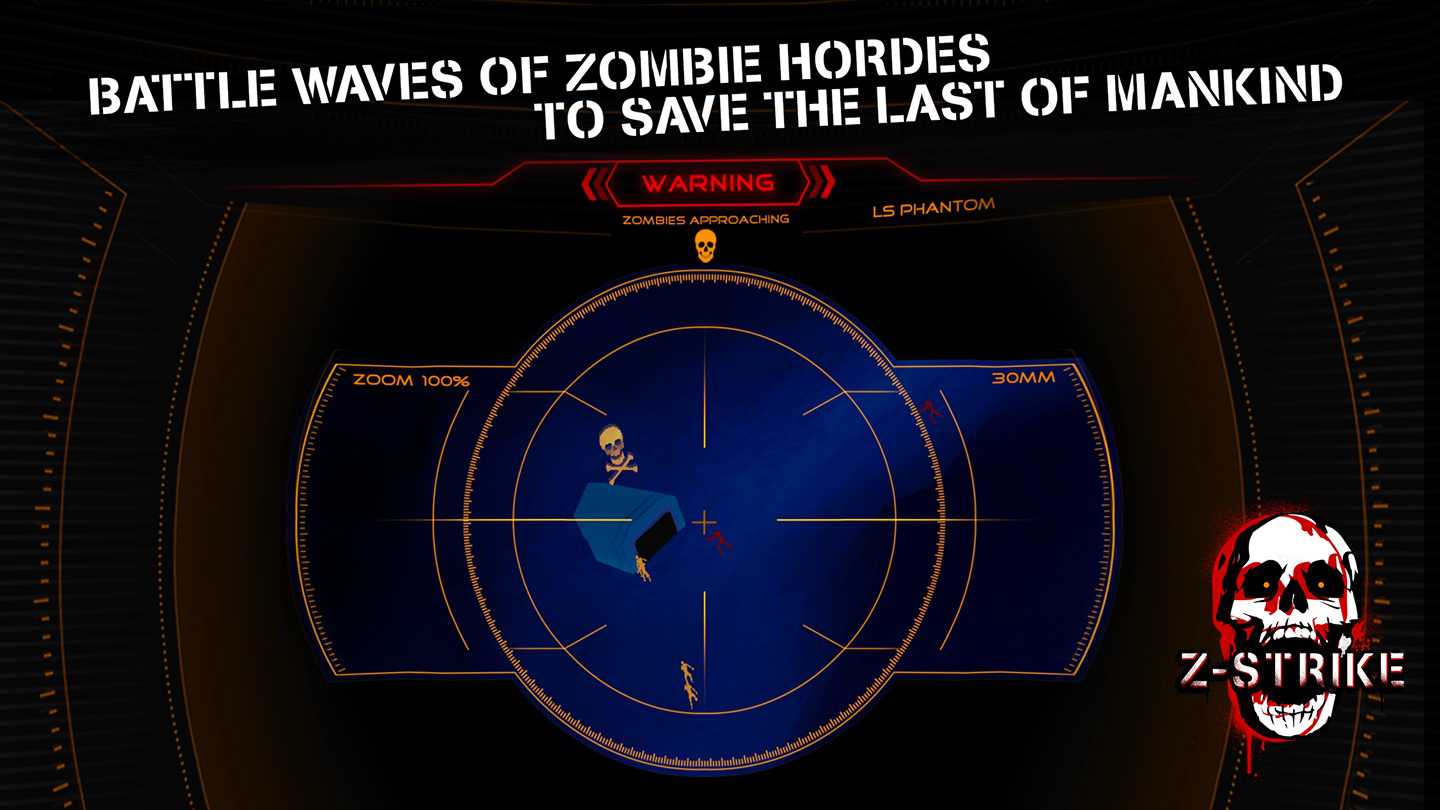 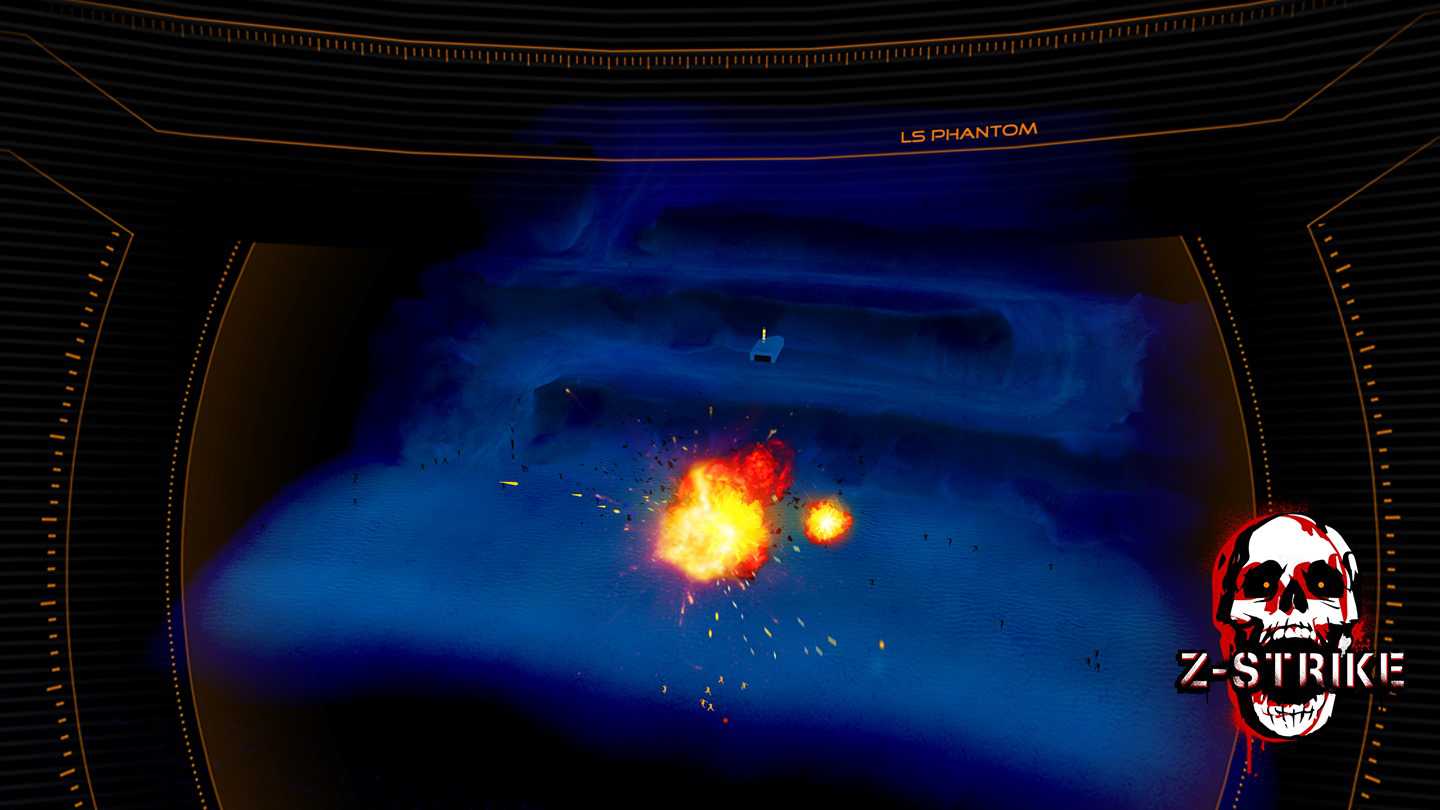 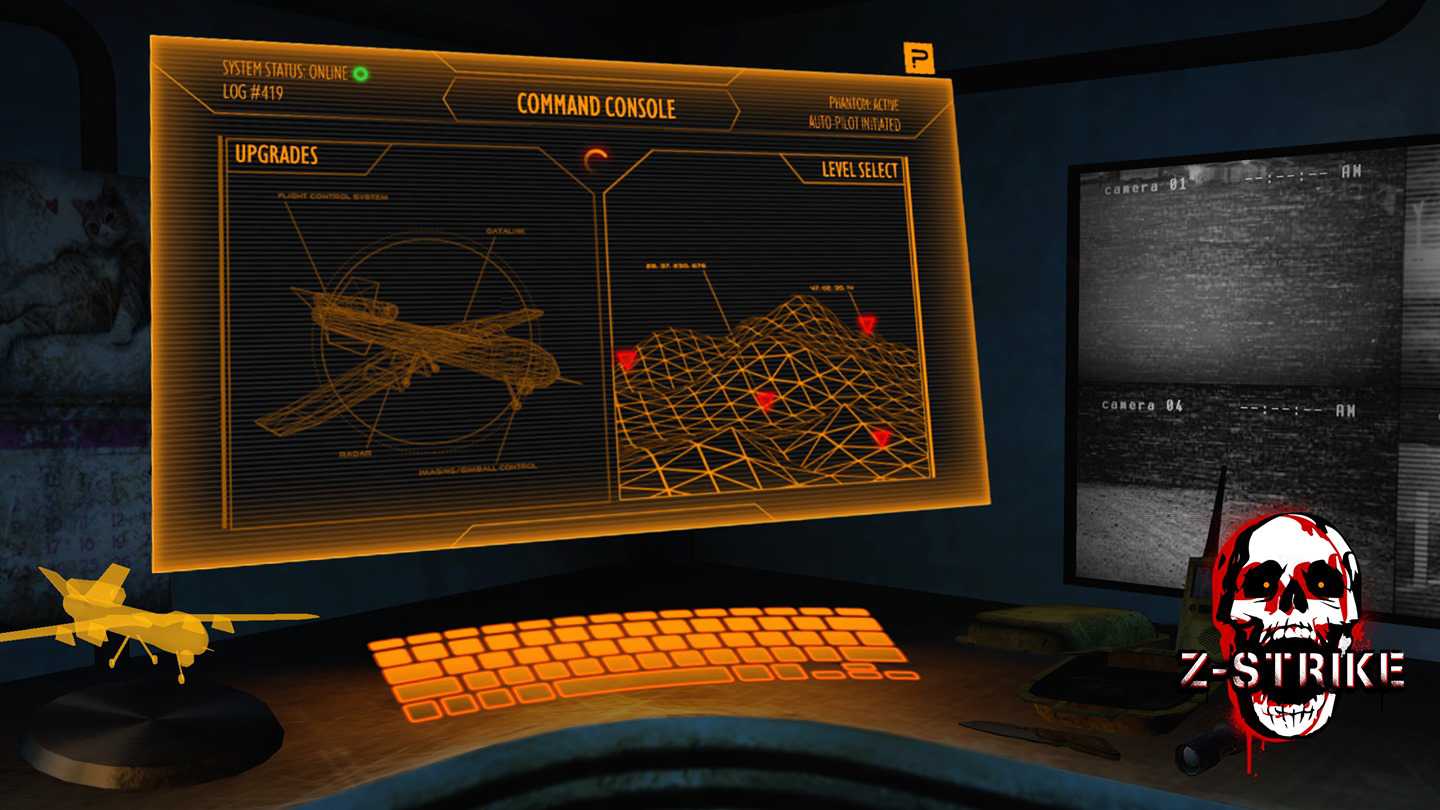 The zombie apocalypse has brought humanity to its knees and the living are all but lost. The land runs rampant with the undead, and it’s up to you to claim it back! Z-STRIKE puts you at the helm of a powerful drone as you shoot your way through increasingly treacherous waves of zombie hordes in a desperate attempt to save the last of mankind. Take to the skies in the dead of night with your drone and protect your bunker and the survivors running to take safety.

Use your superior targeting skills and powerful weapons to take out the hordes of undead: slow shamblers, hulking beasts, and agile jumpers alike. The longer you’re fighting, the greater the challenge becomes, as their numbers only grow with time. Survival is dependent on your skill, precision and the advanced weapon upgrades you gain throughout your missions. Hope for the future rests on your shoulders! Will you rise to the challenge?