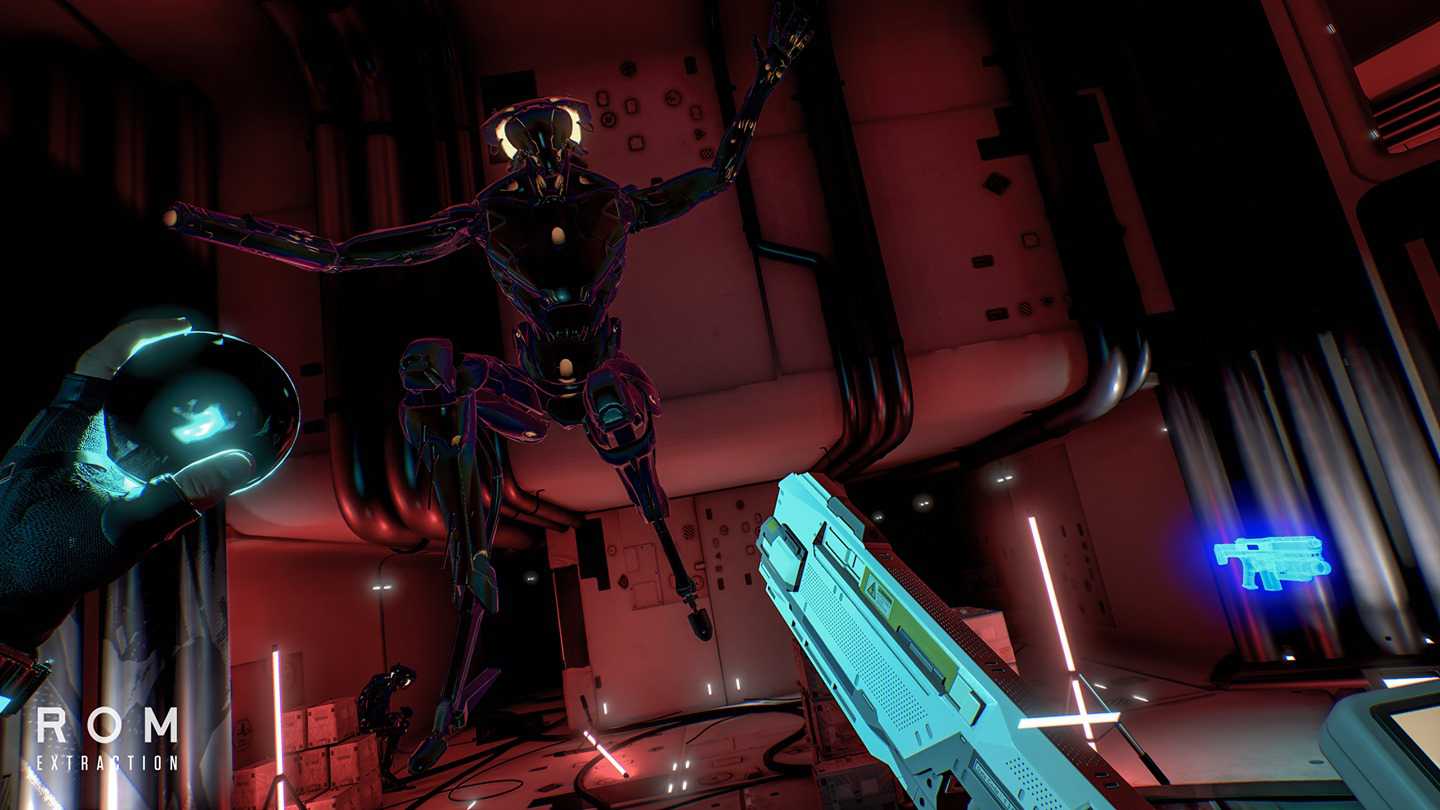 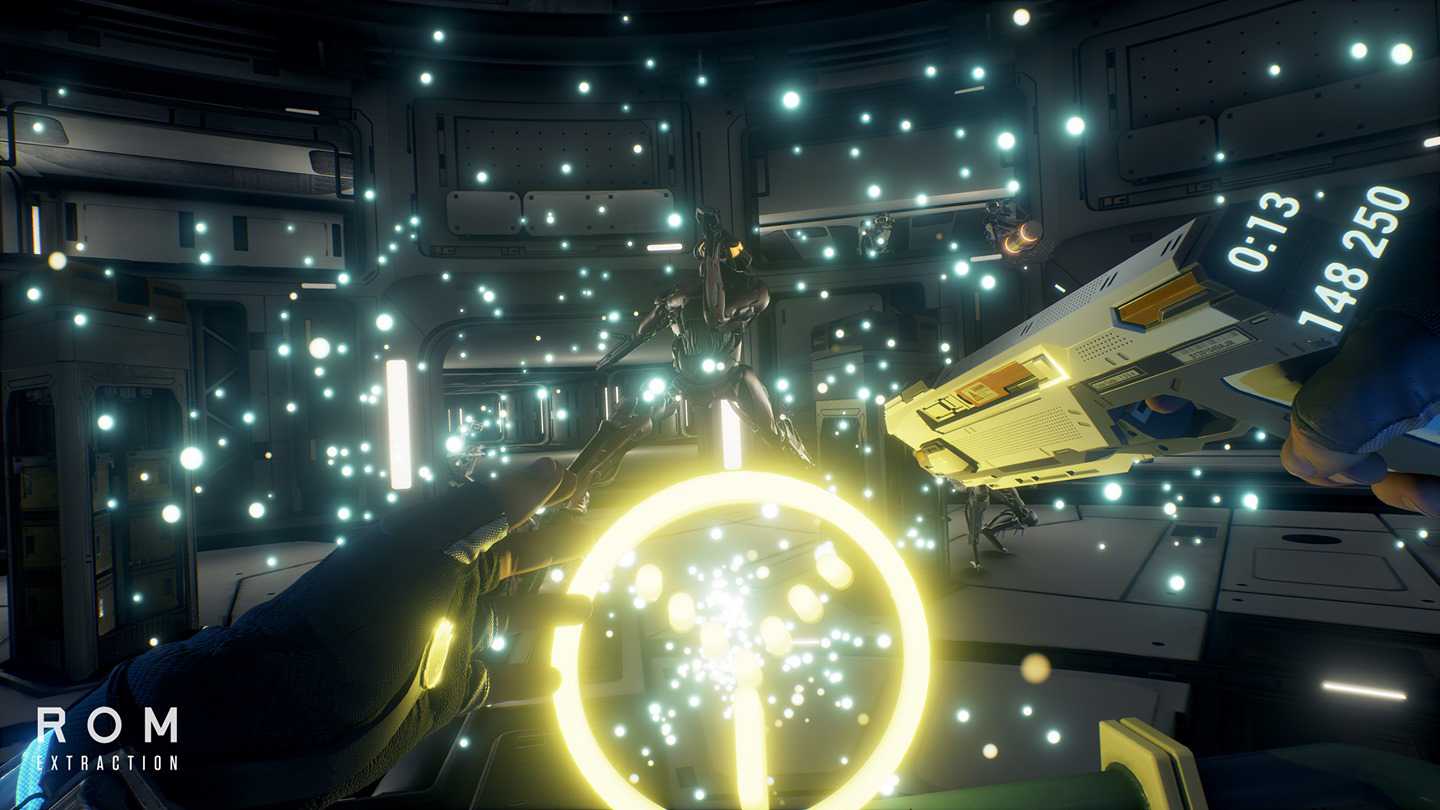 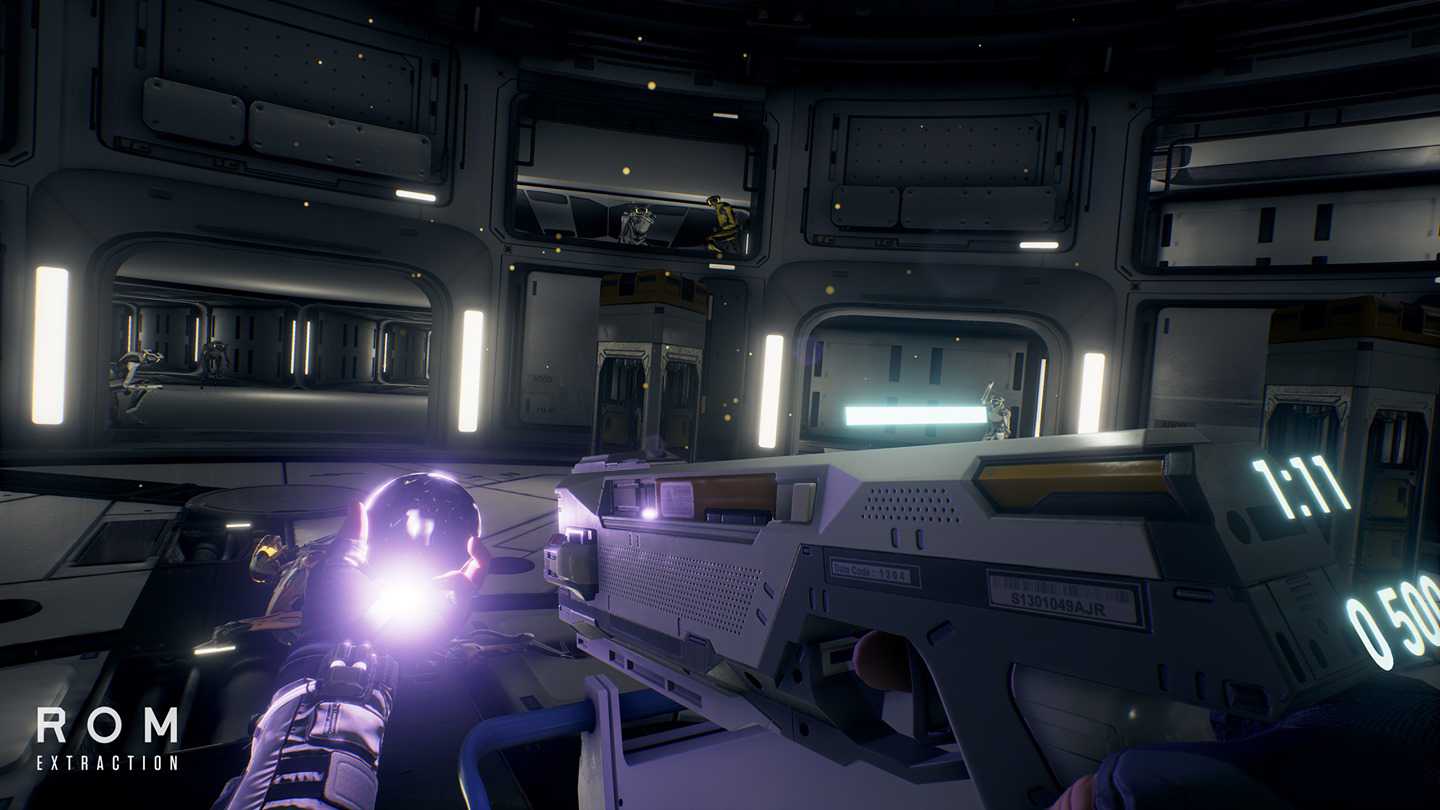 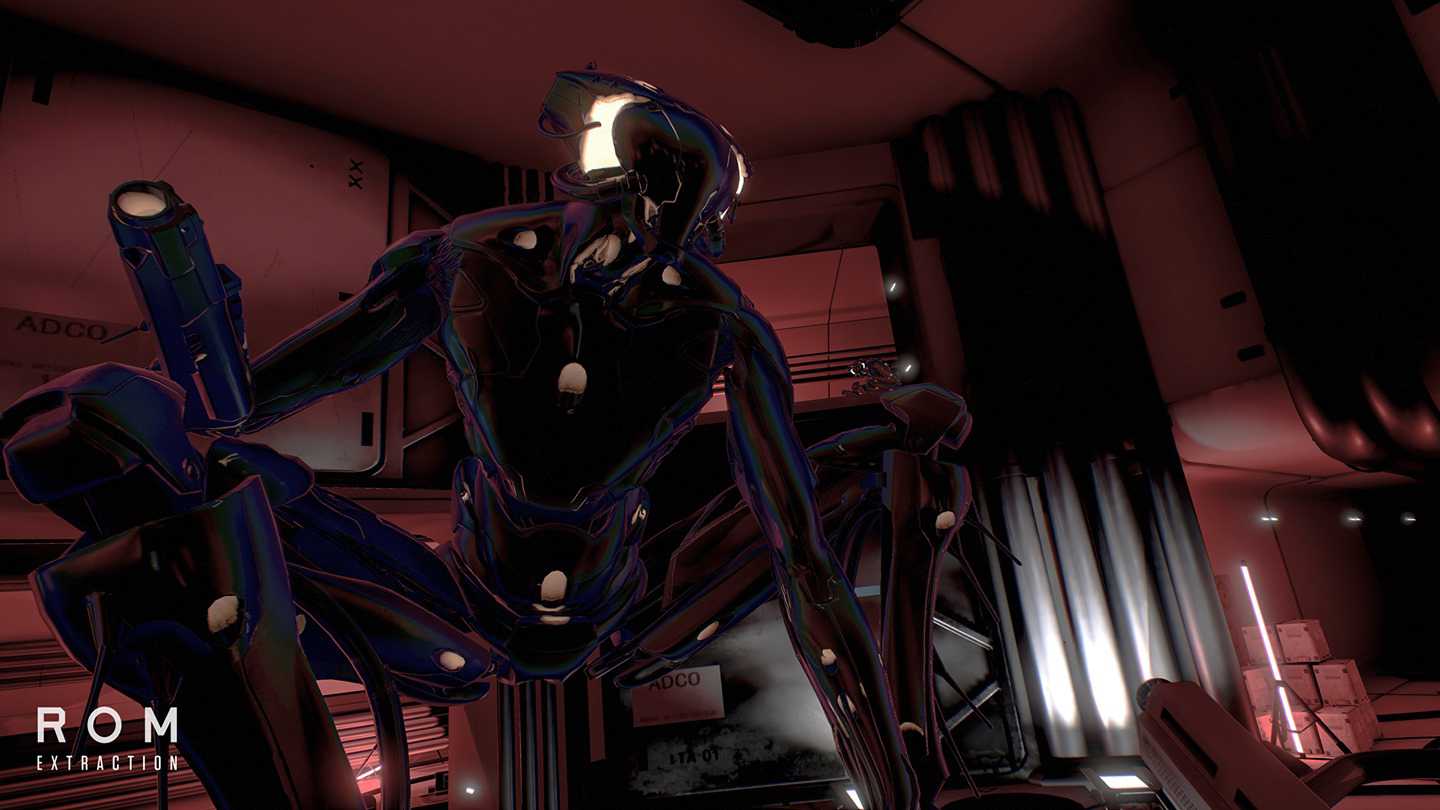 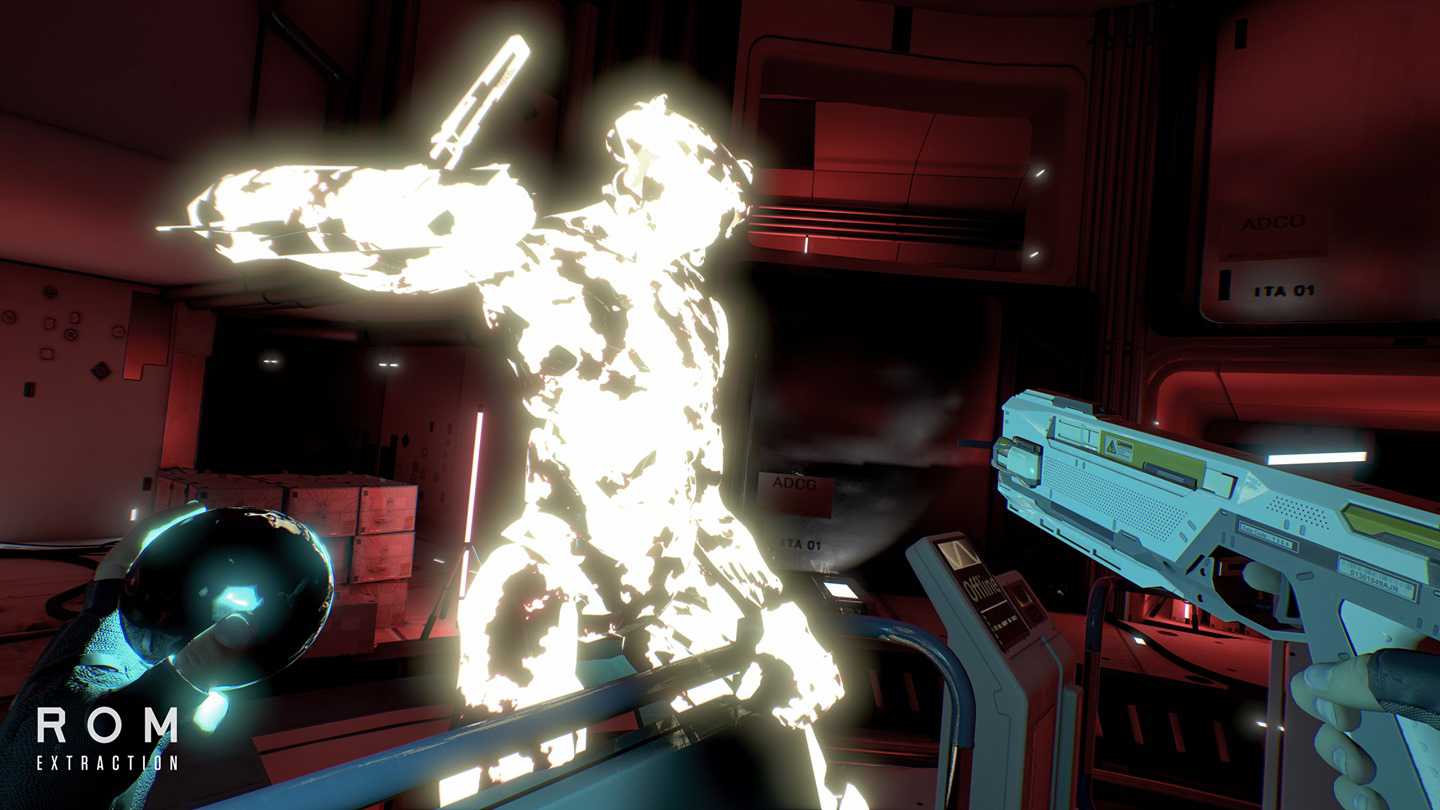 ROM: Extraction is a fast-paced homage to the classic arcade shooter, featuring an unprecedented style of VR gameplay. Welcome to the year 2076, where you now have the power to slow down time--called "Reflex" power. You'll play as a member of an Orb Extraction Unit, on your way to extract highly volatile energy matter--Orbs--from chambers on the moon. With only a few minutes to defend yourself against the onslaught of alien-built robots protecting the chambers, discover the immense satisfaction of decimating those ‘bots via your "Throw, Slow & Shoot" combat strategy. ROM has recently been updated with a new expansion, entitled “Overrun.” Featuring the two-handed EOS-15 rifle, players can now “Launch, Slow & Shoot”--a new twist on the core game mechanic that gives you an Orb-launching, auto-firing weapon of destruction. Gameplay is set to a killer soundtrack featuring the music of Delta Heavy and Twin Moons (aka Le Castle Vania).