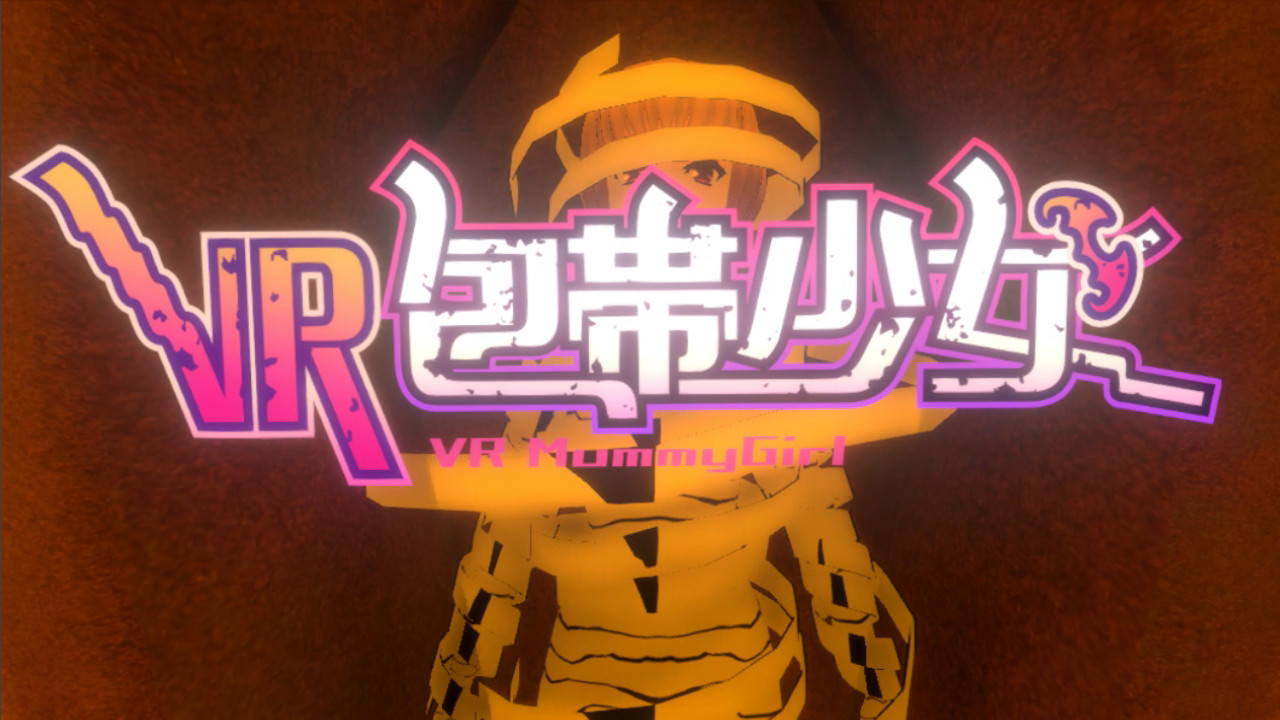 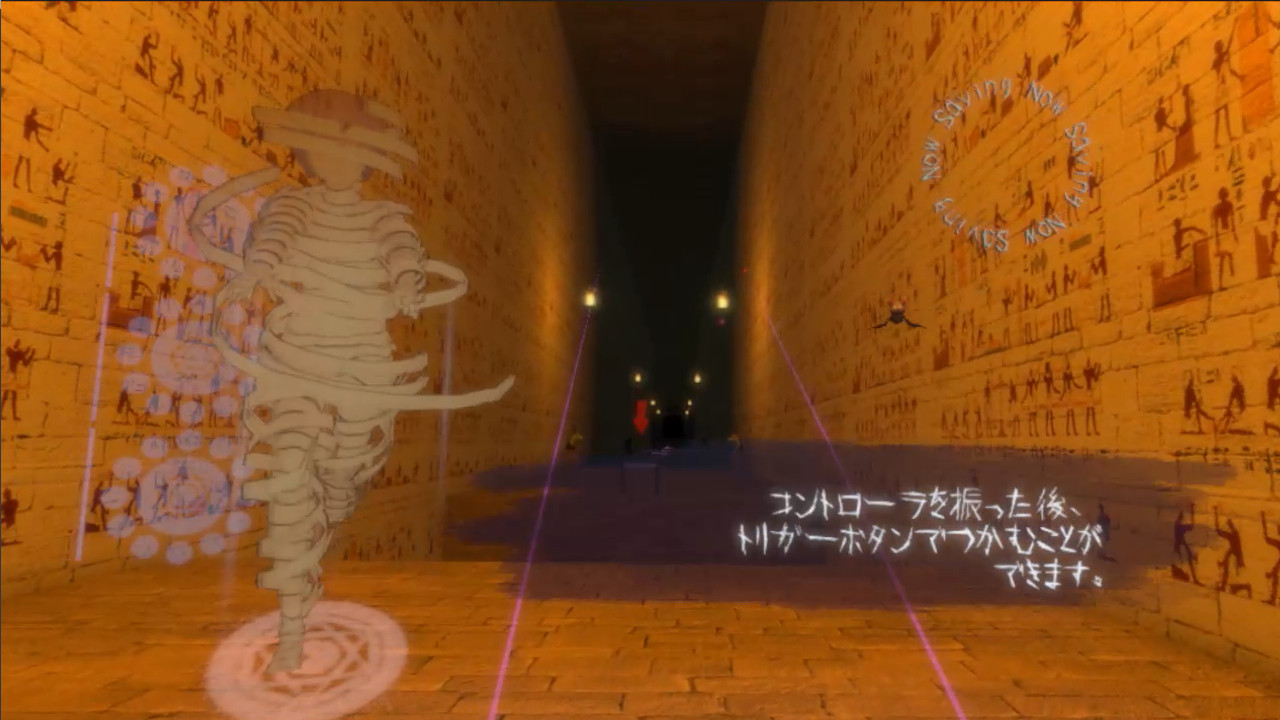 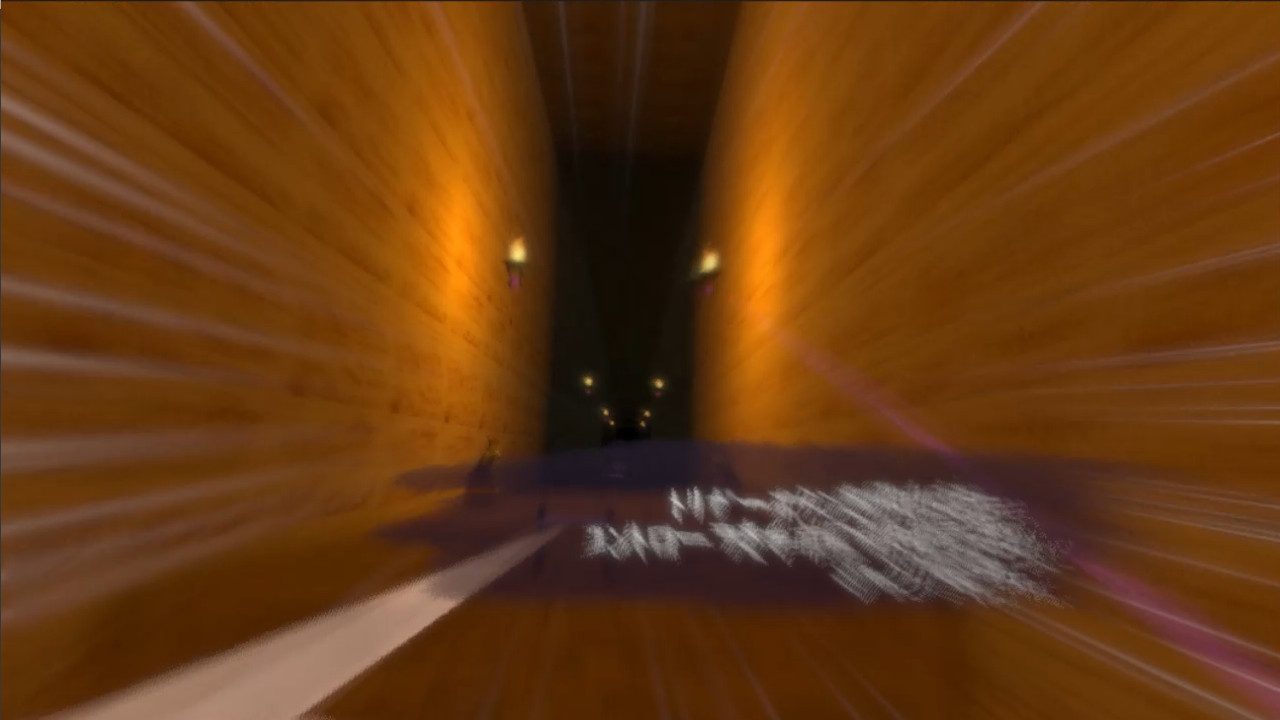 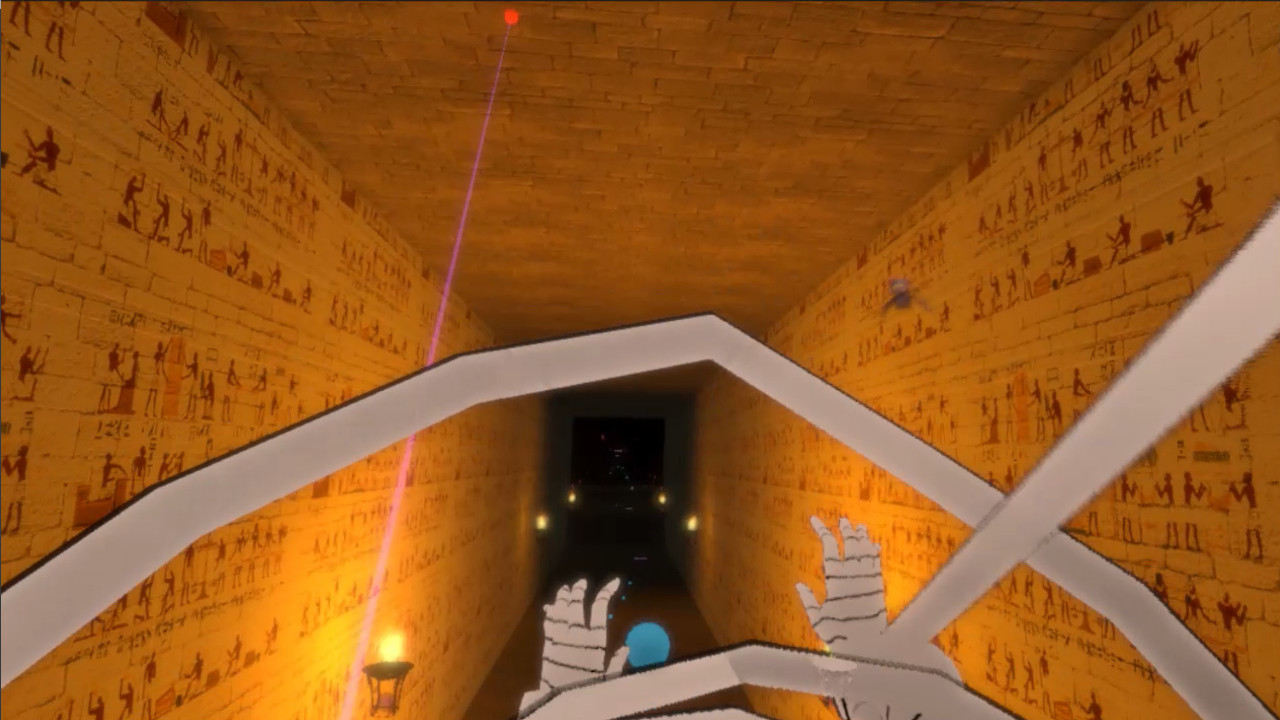 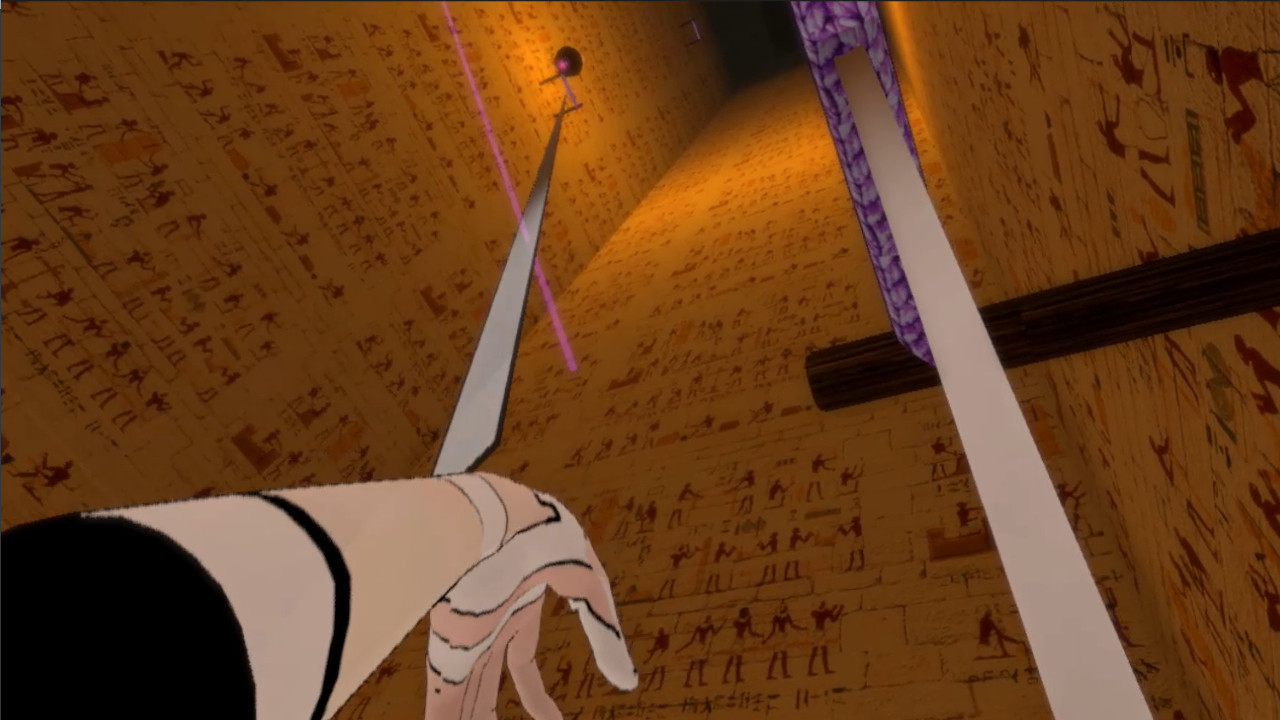 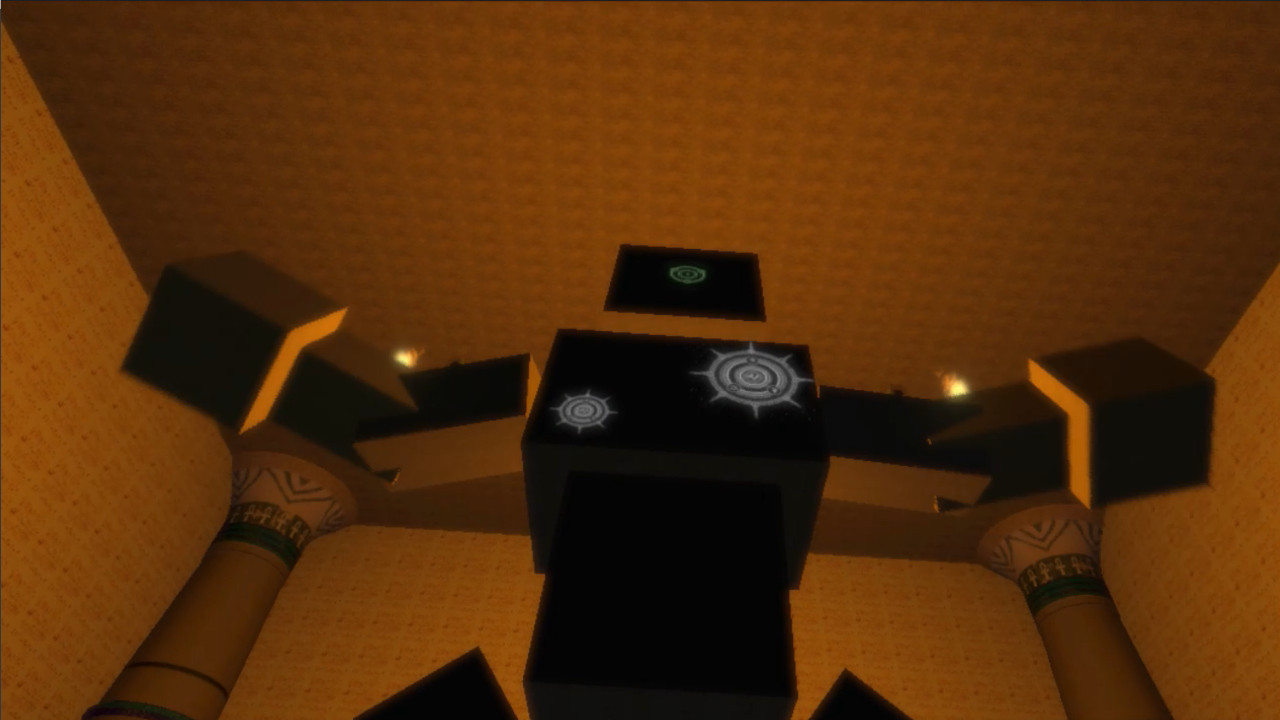 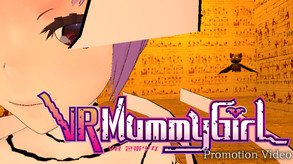 A mummy girl who has been asleep deep inside a pyramid for more than 1000 years wakes up.
She doesn’t know what era is it is, who she is, or the reason she's there.
She keeps walking, trying to find the exit.

Swing your arms down to stretch the bandage, grab the gimmick with the bandage and jump.
The realistic VR and high-speed movement are exhilarating and it feels good.
Once you get the hang of it, you will come to know the fun of the game.

You are a mummy girl wrapped with bandage.
By swinging the controller down, you can stretch the bandage from your arm and release the bandage in the direction you aim at.
You can put out the fire of the torch and grab a gimmick with the bandage.

After grabbing the gimmick with the bandage, pull the controller toward you.
In this way, you can jump yourself towards that gimmick.
Walking speed is slow in this game, however you can move refreshingly by this high-speed jump.

◆Trap that blocks the way

There are various traps that block your way.
For example, there are cliffs that you need to jump over, moving floor, moving walls,and thorn traps that can be damaged when hit.
Sometimes it's like a puzzle.

There are eight stages in this game.
It starts with a tutorial, a straightforward simple stage, a three-dimensional complicated stage, a stage climbing up the tower, and a battle with the boss.
A variety of stages are waiting for you.

◆The rank of clearing the stage

Each stage has a result when you clear it.
The rank S, A, B, and C will be announced according to the clearing time, the number of game overs, and the number of items obtained along the way.
If you still want to play after clearing all stages, let's try getting rank S for all of them.