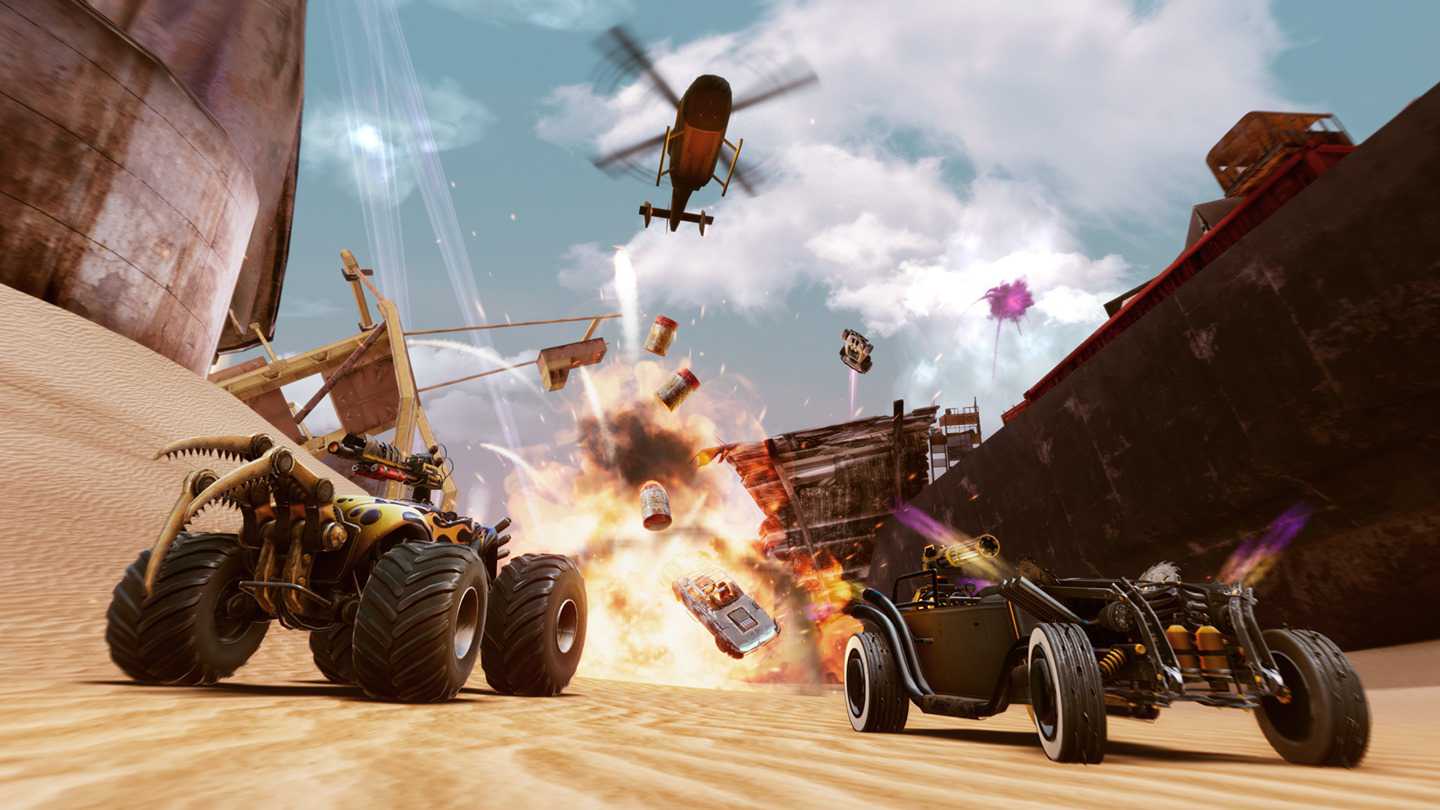 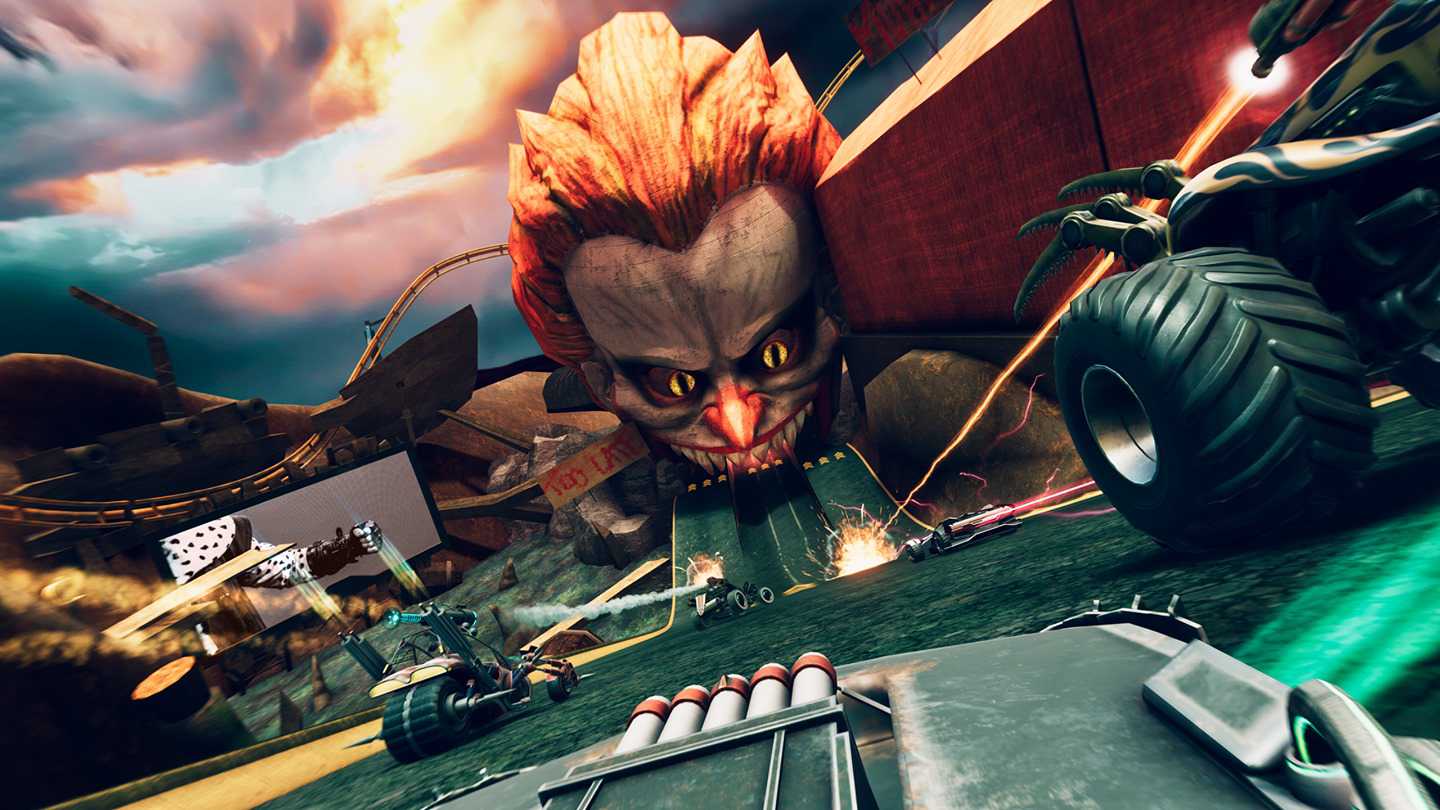 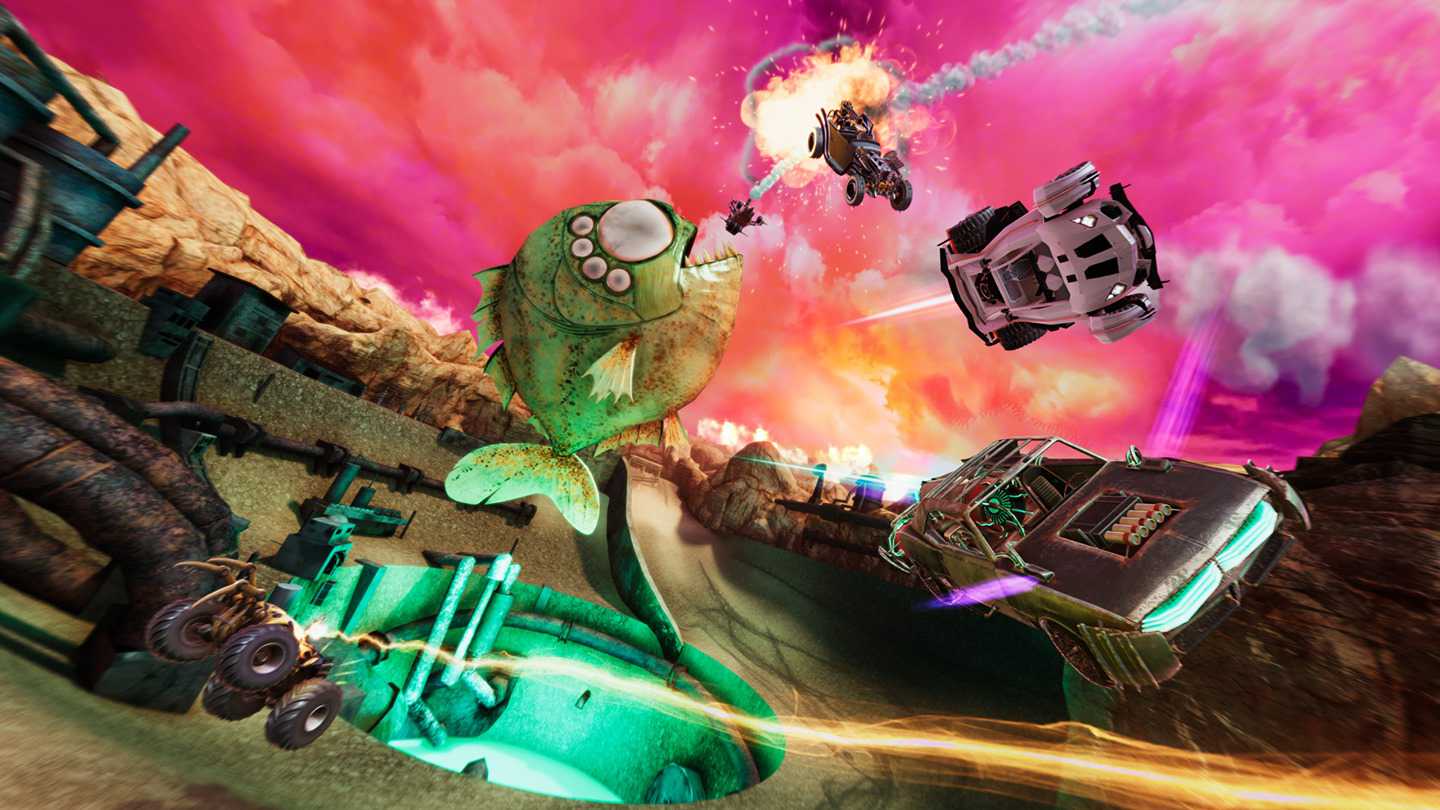 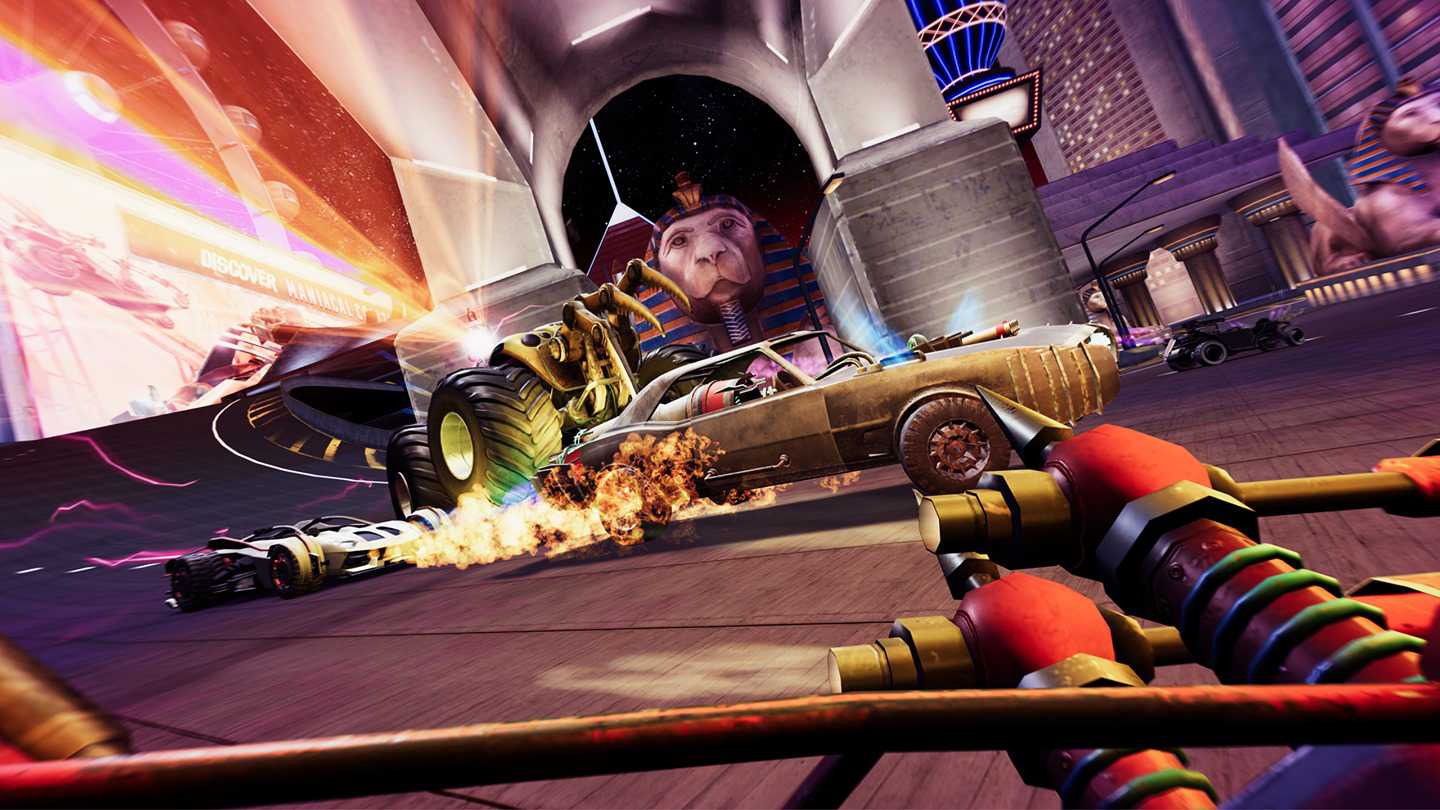 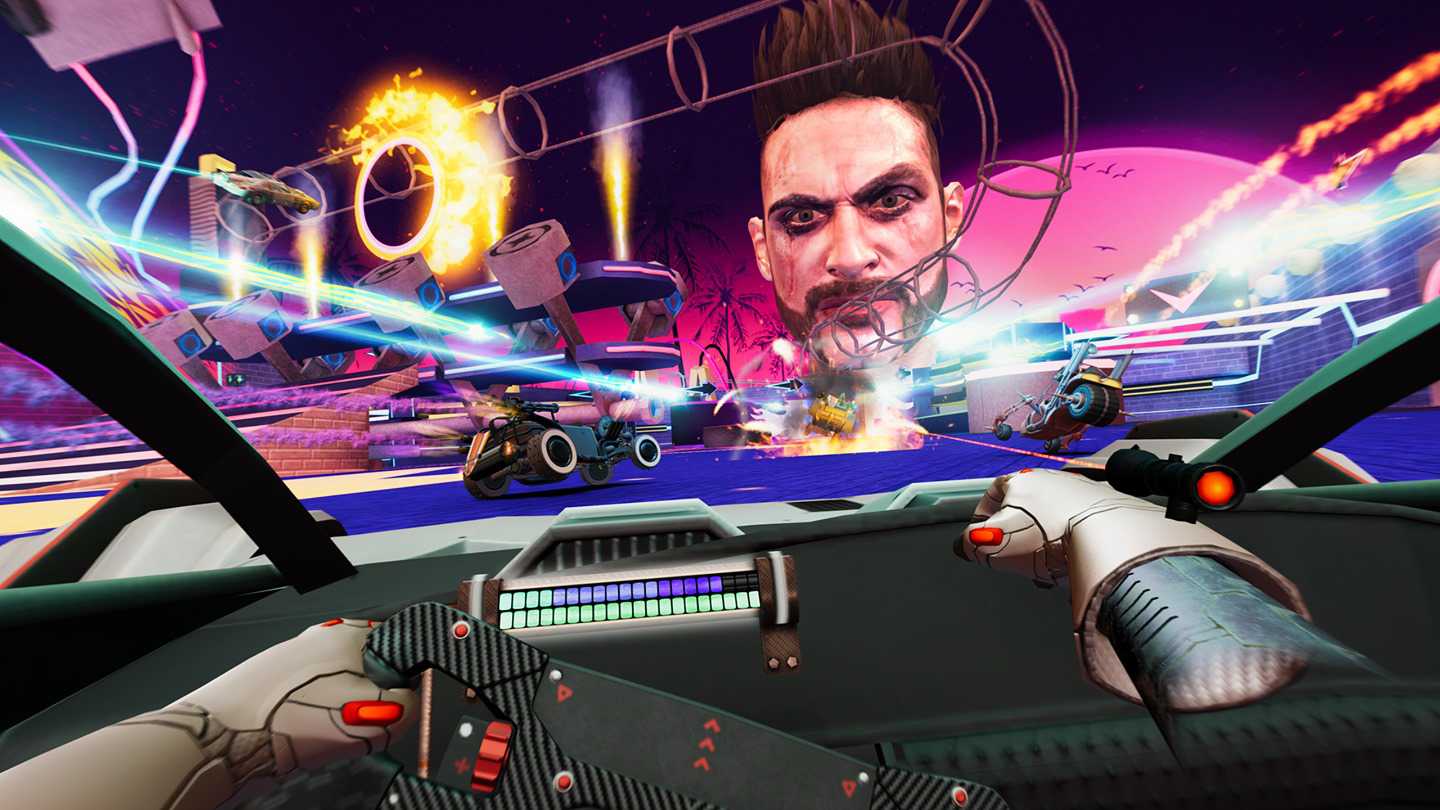 Death Lap is a VR combat racing game that challenges you to drive to survive. Just point and shoot to destroy everything in your path. Hit the road, perform drifts and stunts, navigate traps, unleash your weapons and special abilities, and enjoy the chaos of its battlefields.

A darkly comic, combat racing game that will leave you howling with laughter as you put your life on the line. Captured by Nitro Saint Payne — a maniacal yet tragic man, you are thrown into his deadly TV show where you must race and battle other drivers to win your freedom.

Features
Choose your car and use its weapons and powers to change the game.
Enjoy various environments and take advantage of its traps, paths, and obstacles.
Increase your speed with boosters and Nos fuel.
Control your car in first or third-person view.
Battle solo or with friends to test your might and speed.
Rank in the Global Leaderboard.
VoIP chat to communicate with your opponents.