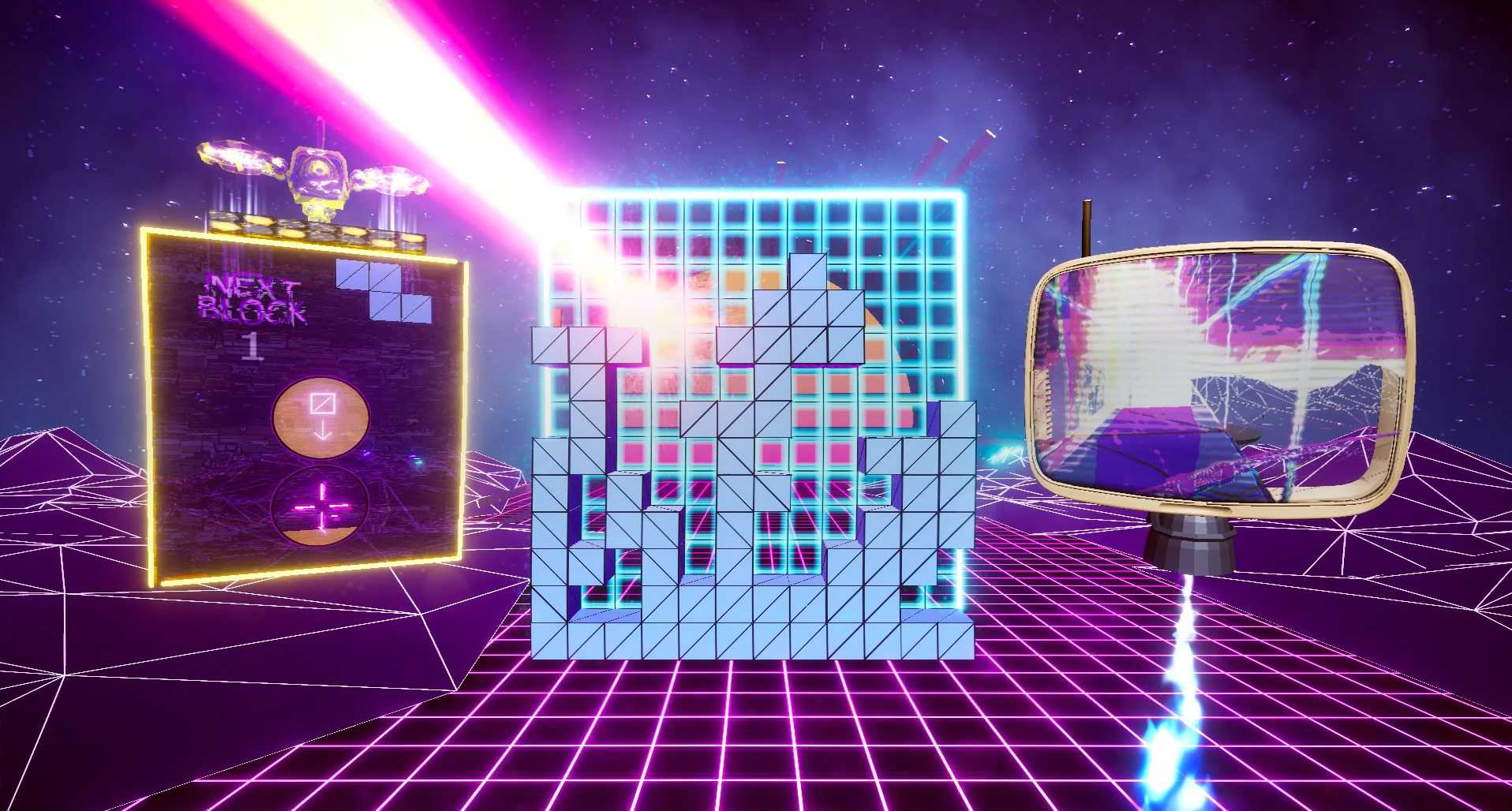 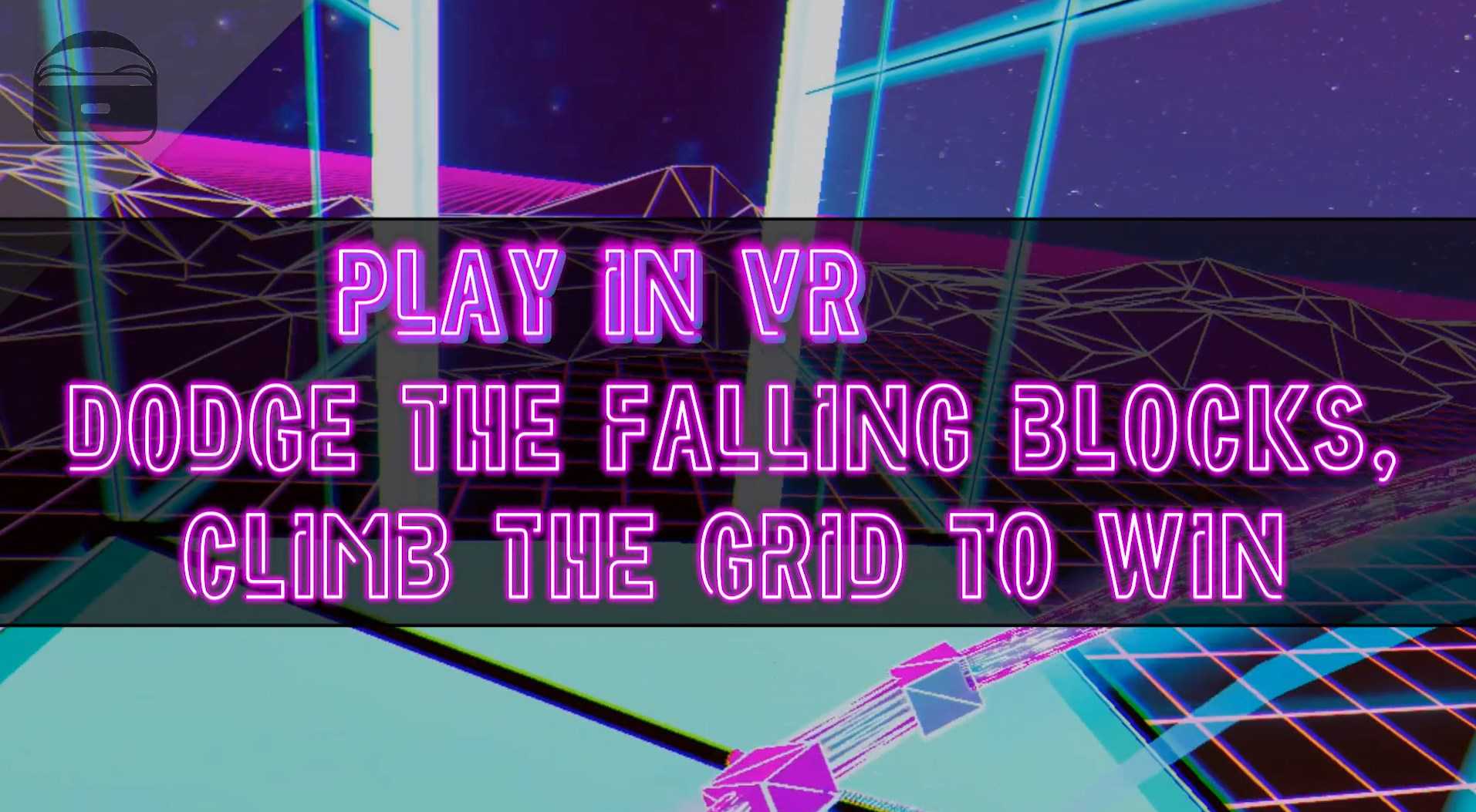 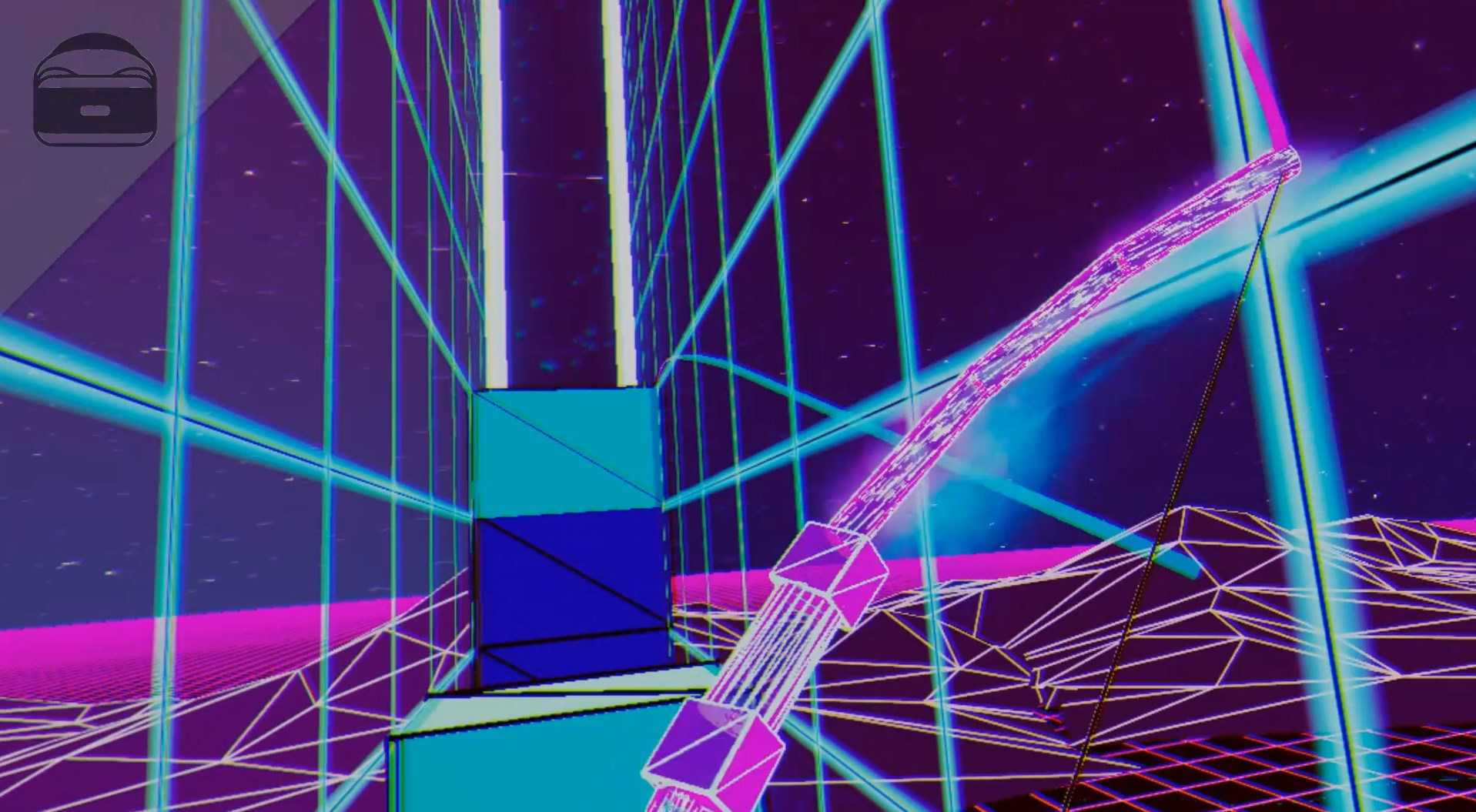 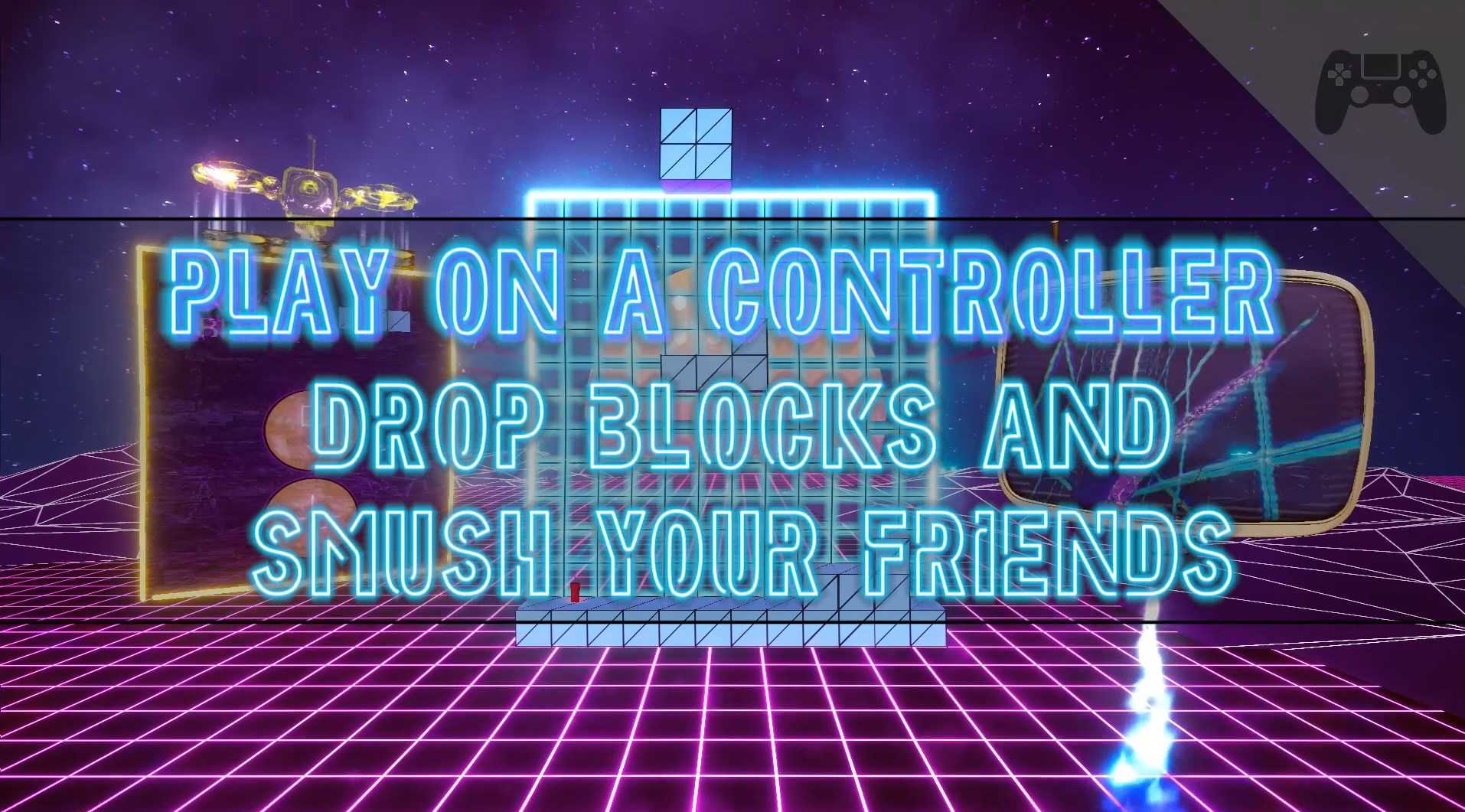 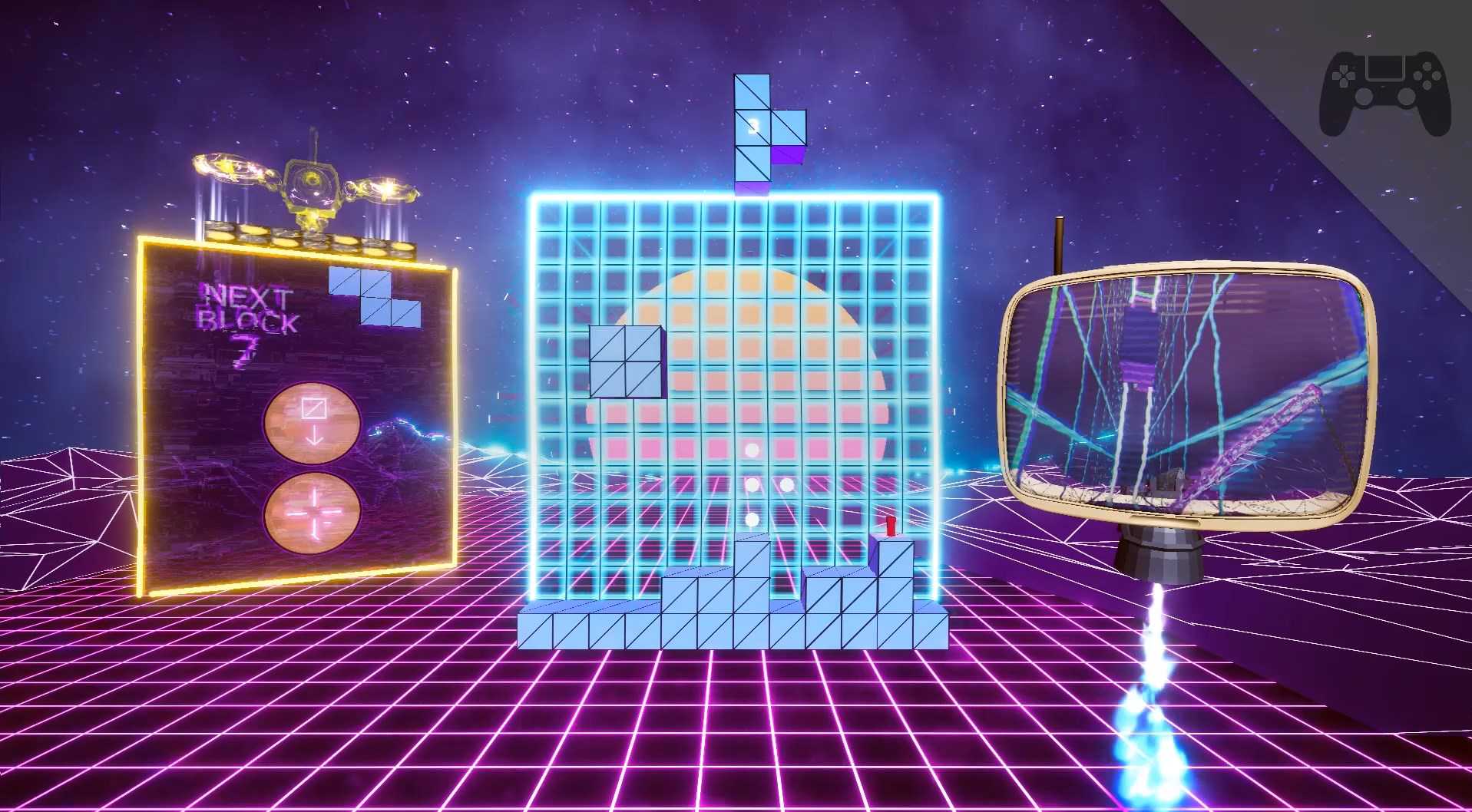 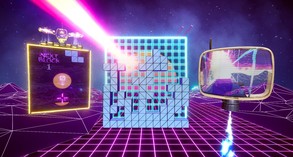 SMUSH.TV is an asymmetrical multiplayer VR game that pits a VR player against a PC player in fast rhythm-based combat, all on one PC!

Play on a keyboard/controller to drop blocks to the beat while utilizing awesome power-ups to SMUSH the VR player. Play in VR to dodge blocks using a bow-arrow teleport system along with power-ups in order to climb the grid and win!

Dodge and climb the falling blocks to get on-top of the grid and win! Use your powers to help dodge and control the flow of the game:

Gravity Well
Place a gravity well on your current grid point that grows in influence every 2 beats. Any moving block that touches the area of influence will be pulled towards the well every beat. Use this to get some reprieve from the relentless onslaught of blocks, or to force the PC player to place a block where you want!

PTD (Personal Teleportation Device)
Place a device on your current grid point that you can teleport back to at any time. Allows for tricky and blazingly fast movements across the battlefield and for quick getaways.

Drop blocks to the beat to trap and SMUSH the VR player with additional power-ups:

Phazer Lazer
Target an area of the grid and shoot an orbital laser at the VR player after a few seconds of charging. Use it to force movement, or as a trap!

SMUSH
VR player hiding in-between blocks? Want to catch them off-guard or plan a trap? SMUSH will smash all blocks with nothing underneath them downwards, including blocks currently in movement, after a 2 second warning to the VR player. Bring the pain.