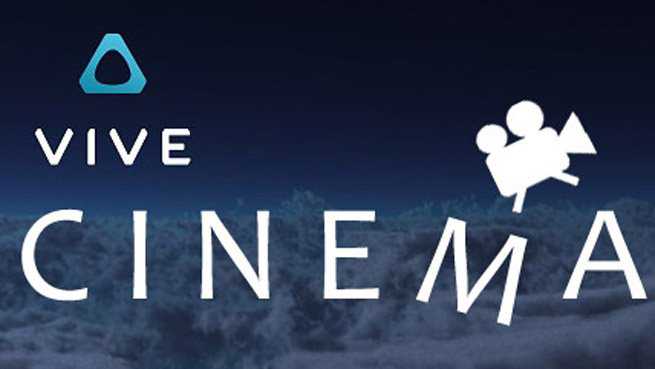 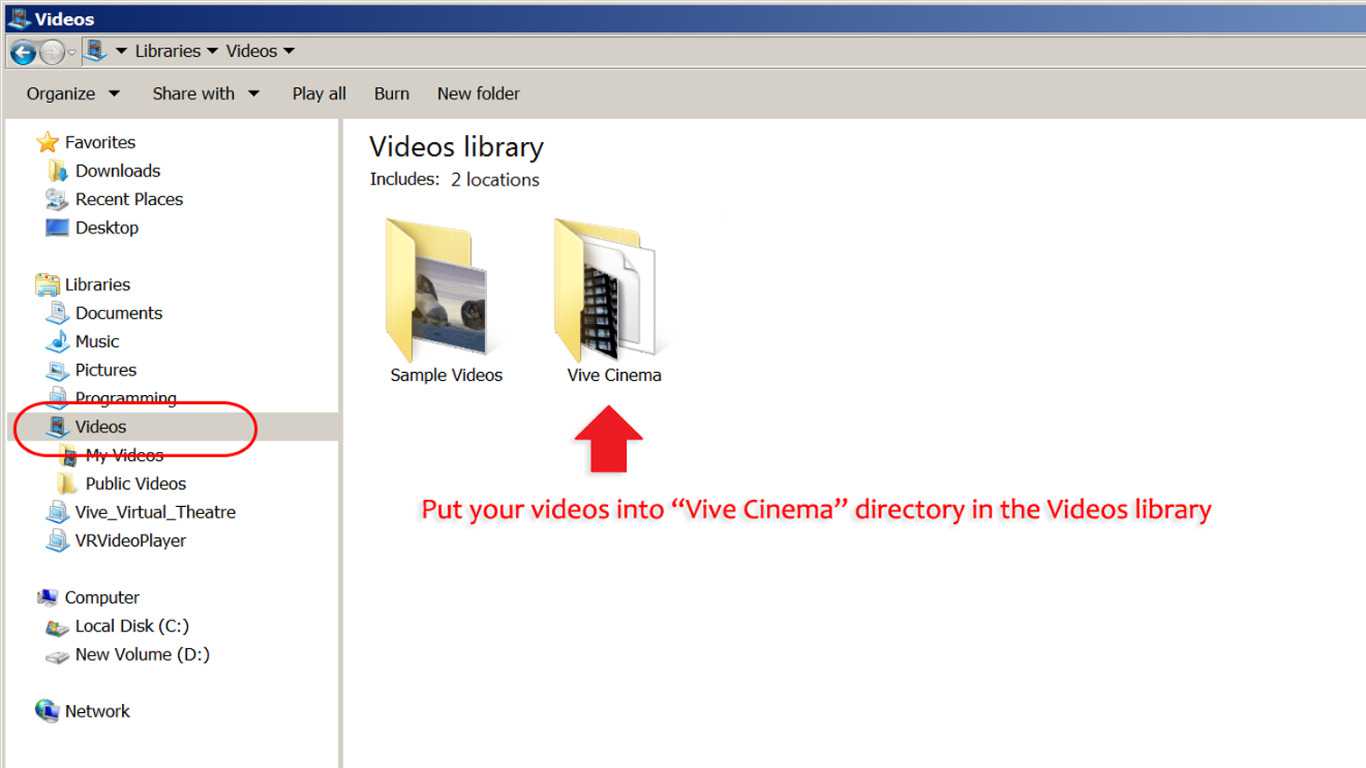 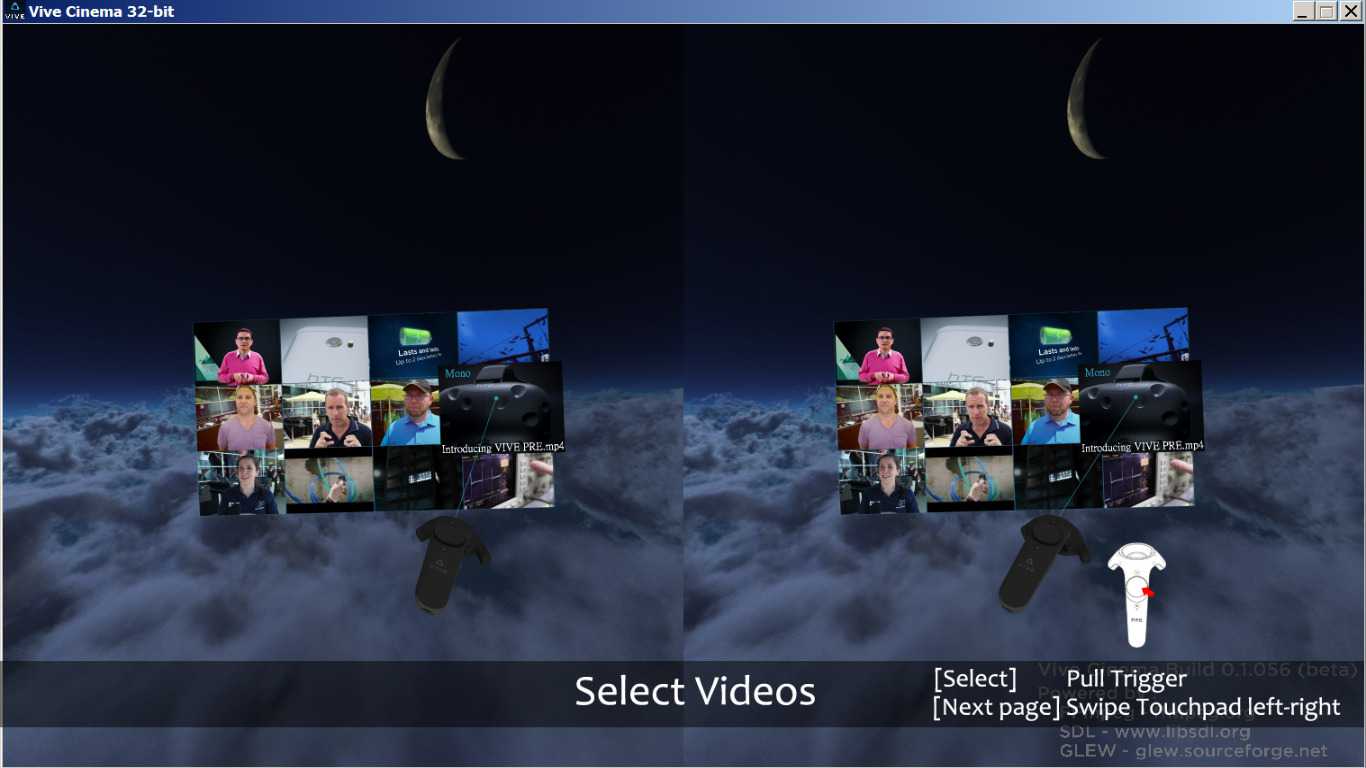 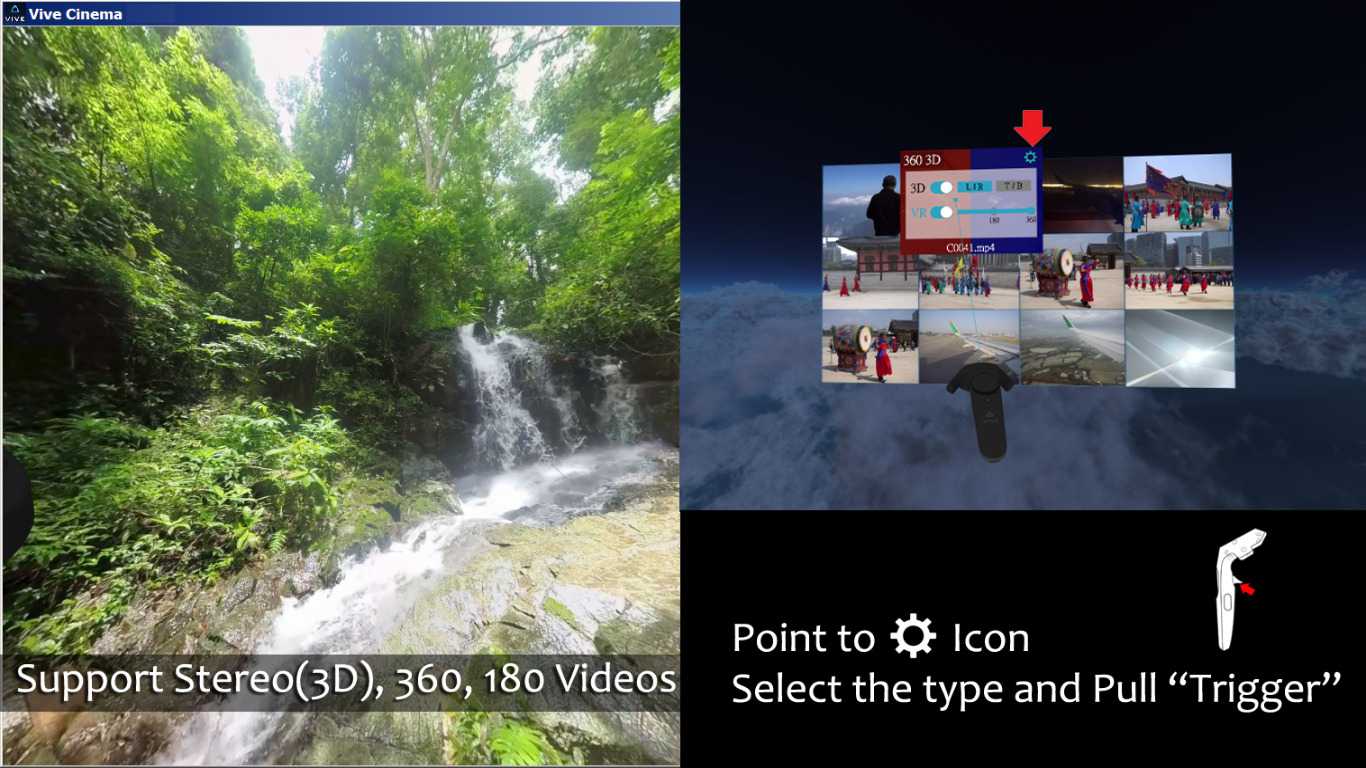 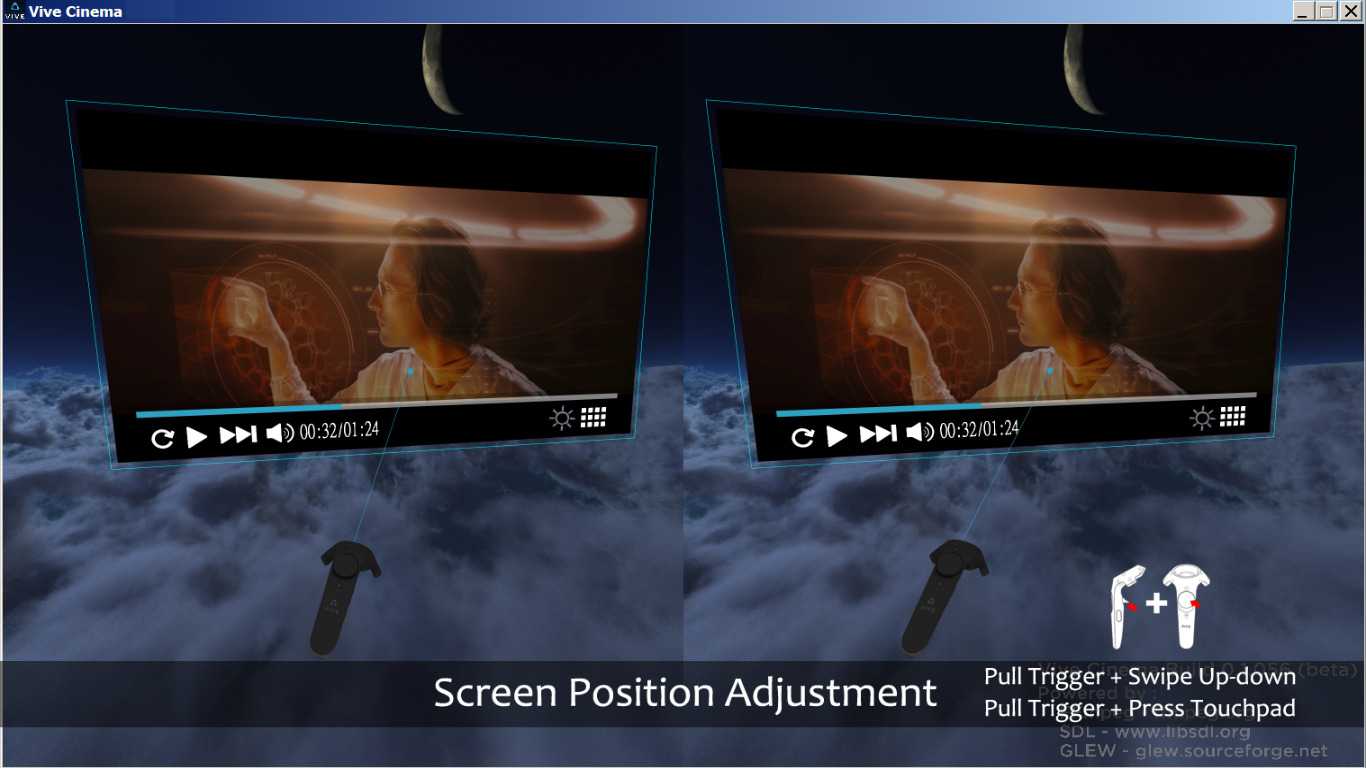 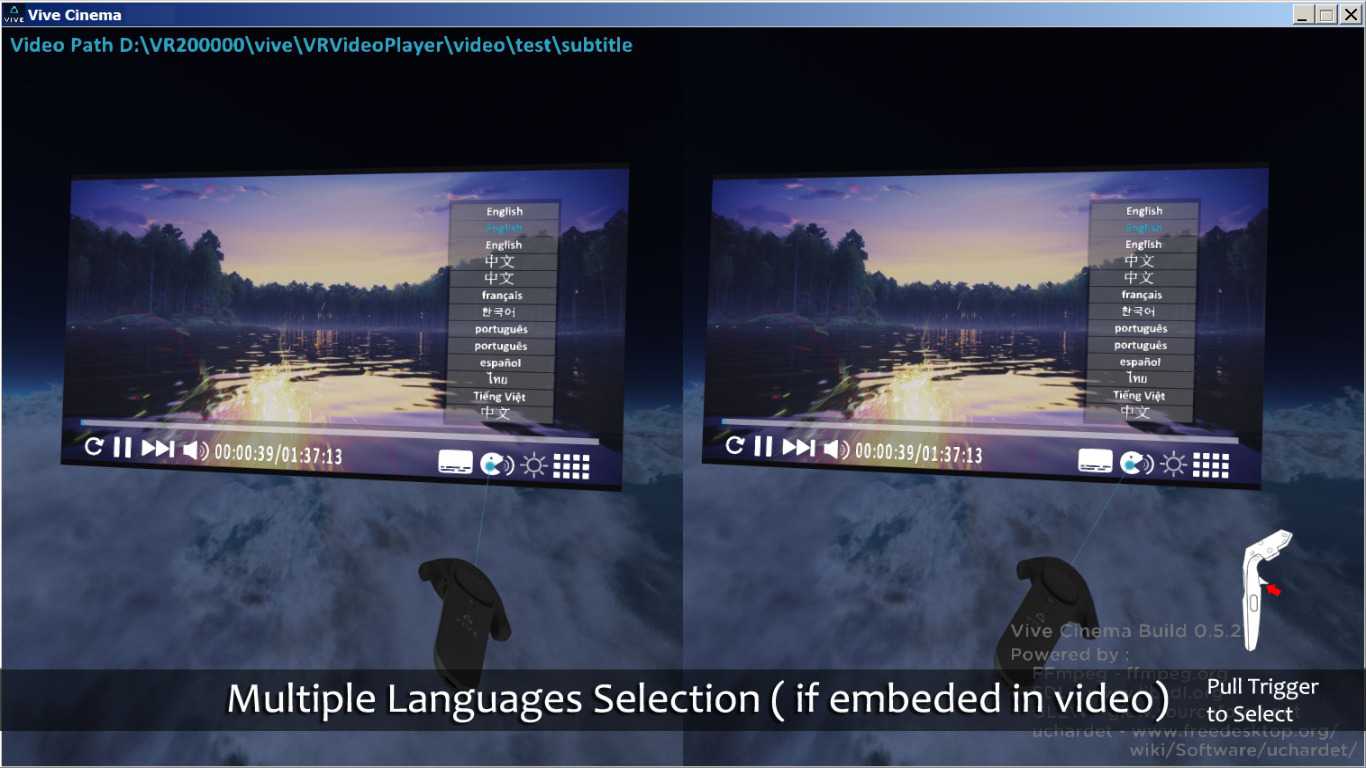 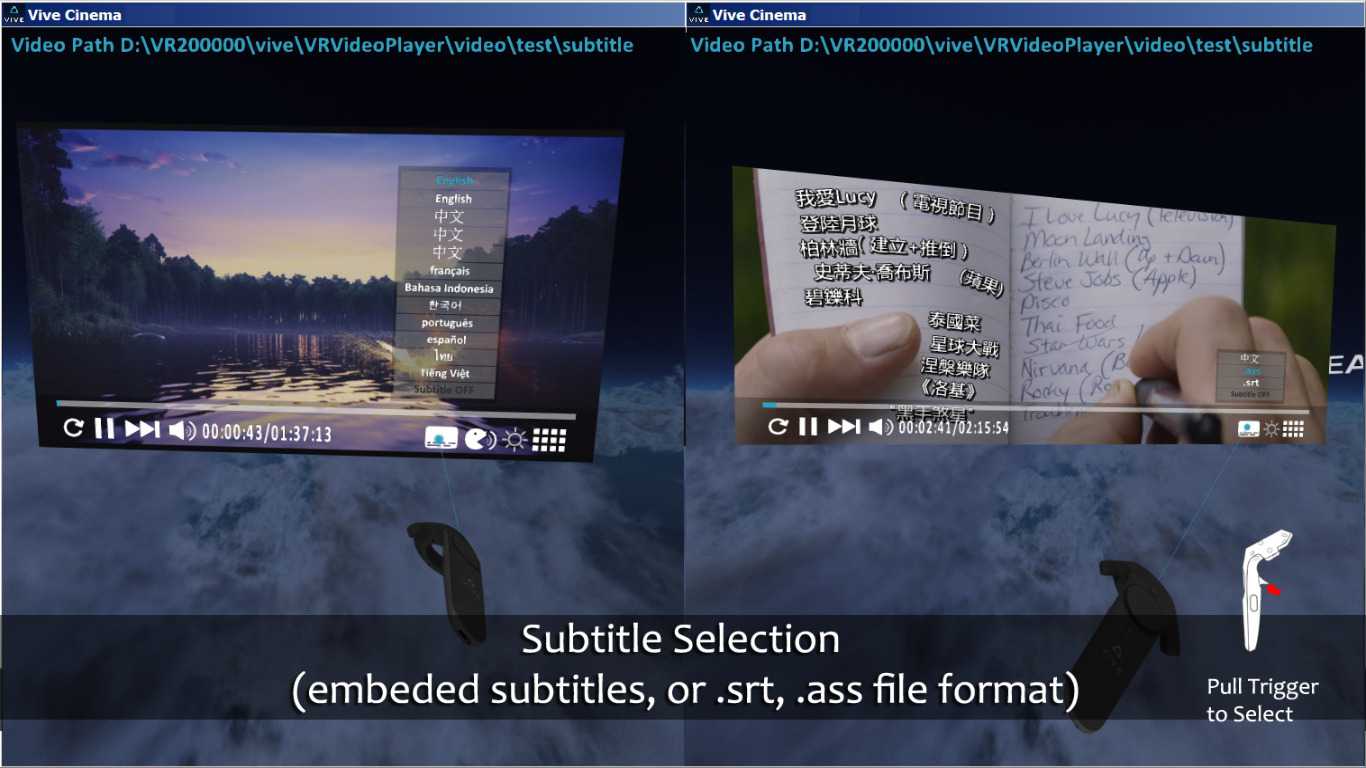 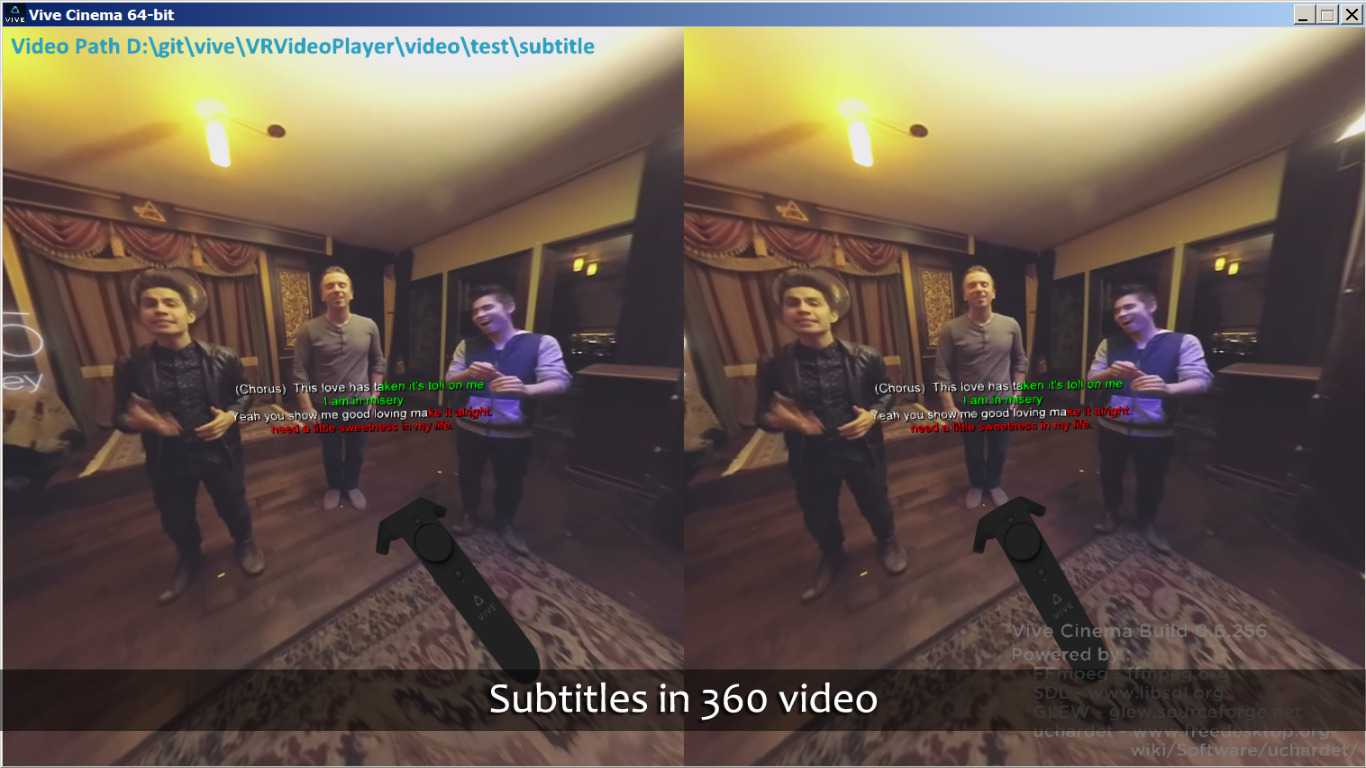 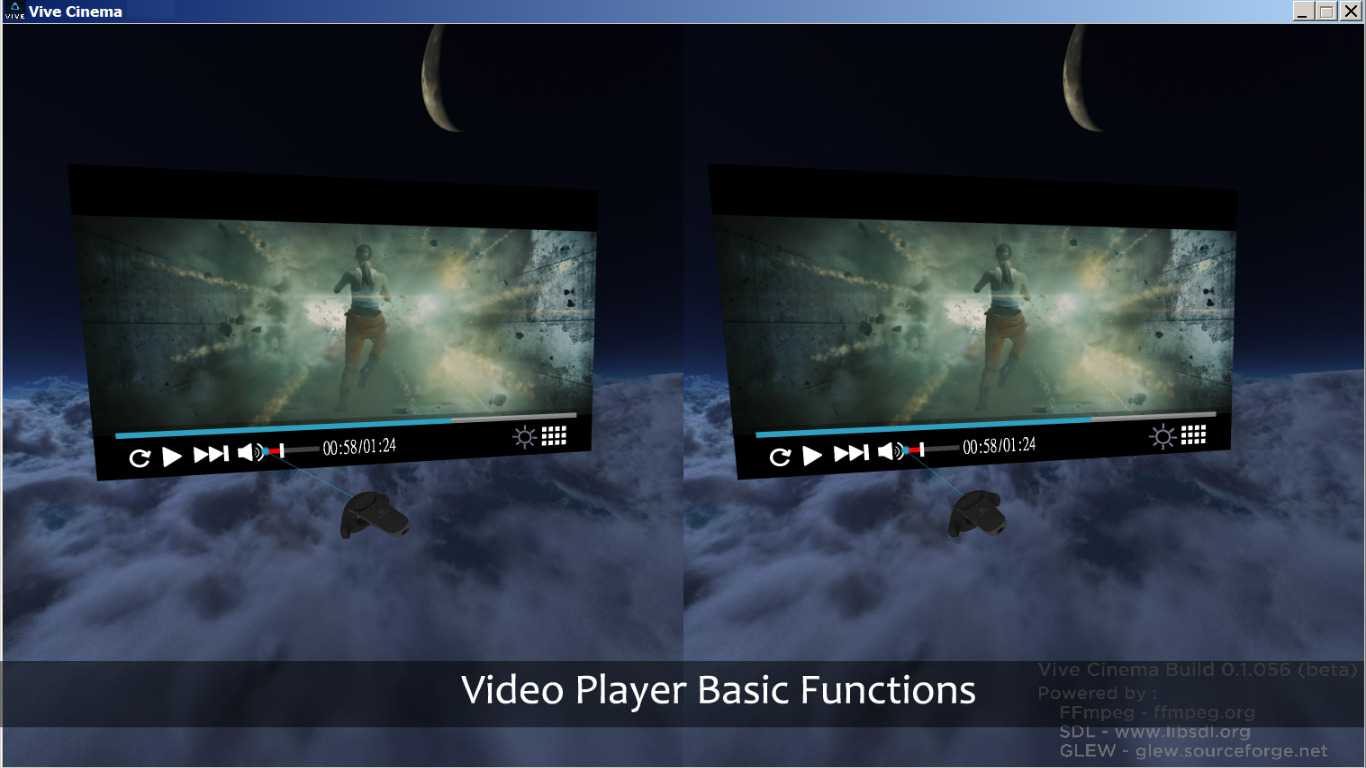 Vive Cinema supports many types of video playing such as flat, stereo (3D), 360, and 180. The file format should be .mp4, .mkv, .mov, and .divx. This application knows the 360 video with metadata format "Spherical Video RFC", or user needs to manual adjust the playing mode to 360.( Further detail is in Basic Playing item 2 below.) Vive Cinema also supports subtitle files whose format is .srt or .ass, and multiple languages embeded in .mkv.

**** Start Vive Cinema ****
0. Update your GPU driver to newest version. (avoid 2015.12.21 released)
1. Put your videos into the directory "Vive Cinema" in Windows Video Library. If there is no "Vive Cinema", please create it or run our application once. We will create the directory for you.
2. Make sure SteamVR status is ready.
3. Open Vive Cinema.


**** Ambisonic Audio format support ****
Vive Cinema supports ambisonics spatial audio playing. The format should be FOA(first order ambisonic), 4 channels which default ordering is W, Y, Z, X.
To trigger this feature, there are 2 methods following:
1) The media has spatial audio metadata : https://github.com/google/spatial-media/tree/master/spatialmedia
Or,
2) The media is switched to VR mode (360 or 180) and already has 4 channels in its audio stream.
For more details about ambisonics, please refer the youtube help page: https://support.google.com/youtube/answer/6395969?hl=en


All the questions and suggestions are welcome to https://www.htcvive.com/cn/forum/chat.php?mod=viewthread&tid=873&extra=page%3D1 discuss on , or email to yumei_chen@htc.com. Better if attaching screenshots or figures to show these issues.