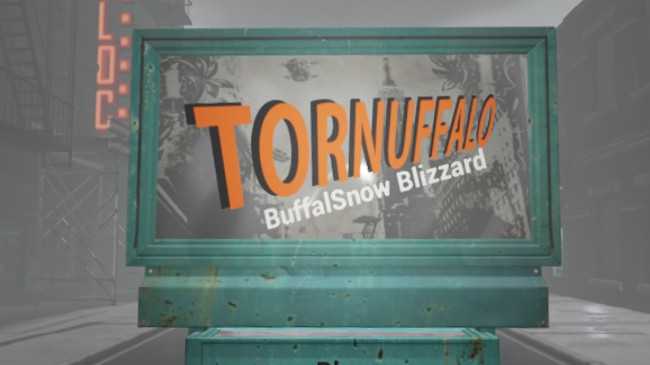 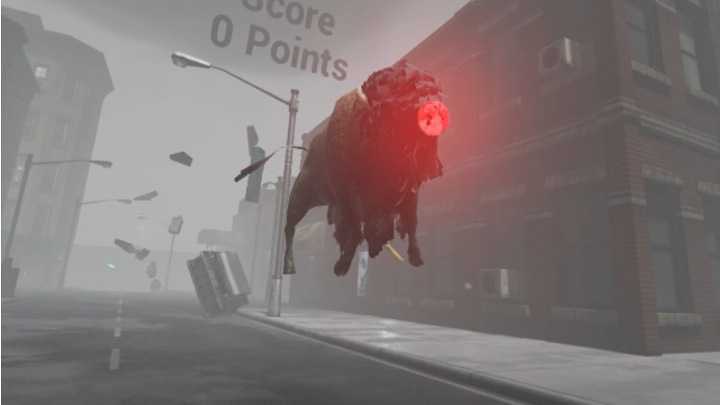 In 2016, the world was rocked by a freak weather phenomenon known as the "Tornuffalo." As fall turned to winter, you thought you had survived nature's worst.

Now, in the darkest days of winter, a terrible blizzard is sweeping the country.

Shivering in the storm, you hear the patter of hooves above you. Through the snow, you see a shimmering red light soaring through the air. What a jolly sight! Could it be Rudolph? No. It's Garth, the red-nosed buffalo. And the Buffalizzard is only just beginning.

This alternate version of Tornuffalo adds snow and "red-nosed buffalo"--have your friends take turns controlling these bison by using the keyboard!